A cold look at foreign policy, or democracy comes to you.

7 September 2013
66
What is the difference between domestic politics and foreign ones ??? First of all, in the internal there is a struggle with circumstances, events that have developed for certain reasons. Foreign policy, most often, is characterized by the presence of a rival, a clash of interests, the struggle for resources and spheres of influence. The presence of an opponent, in turn, implies multi-pass combinations with various options for action, depending on the opponent's last moves. Well, chess, in a word. 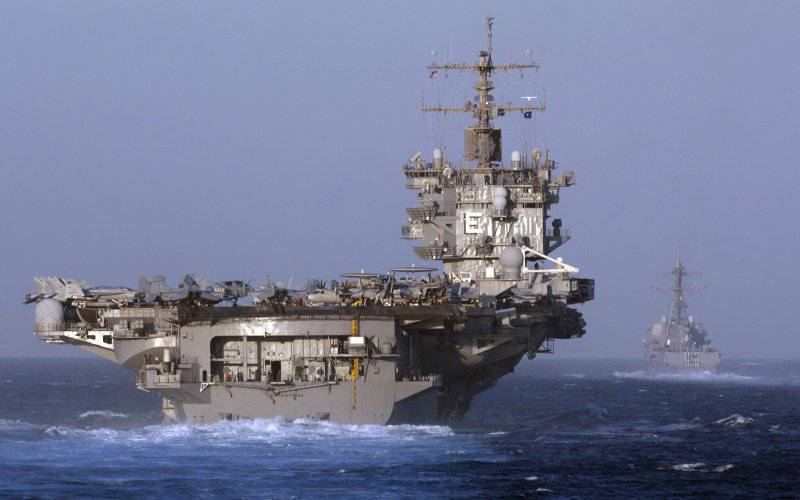 True, chess is very cynical, where the states and the lives of their citizens are in the role of figures, and at the moment very serious prey is put up - undermining or preserving US hegemony in the military, social and economic spheres. The stakes are high, in a word.

And, in this game, the victory remained, up to now, for Russia. Well, judge for yourself - Assad, the “bloody dictator”, under the heart-rending cries of Western diplomats and custodians of “universal human values”, 3-th year stubbornly does not go anywhere. He does not hold on the support of the people or the cohesion of the nation (in any case, this did not help other countries) but on the support of Russia (and he received the support of the people only after solid statements by the Russian Federation).

Consecutive actions on the part of Russia and, in part, of China, tied the hands of the United States and, for the time being, blocked their access to military intervention. And everything was fine, but the Americans themselves dug a hole, above all, by the statements of Obama and Kerry that “Assad must leave,” “Assad is illegitimate,” etc. put the United States in a very awkward position, when any action other than a declaration of war means losing the party. In other words - if you leave Syria - you lose, you leave everything as it is - you lose. The Americans made a strategic mistake, shouting at each corner about the illegitimacy of Assad, and Russia, in turn, without changing the rhetoric about Syria, gave the Americans the opportunity to make such a mistake.
Russia's position on Syria deserves separate discussion. First of all, it is worth noting that Syria is NOT an ally of Russia, so waiting for the fact that our country will fight on the side of Assad is at least mistaken. And it’s very good that Russia and Syria have no union treaty (similar to Iranian), because a country that has an authoritarian management style (well, let's take a look at the truth) and periodically fights with neighboring states (let's look the truth in the eyes again) of Russia as an ally is needed. However, the situation is such that Syria is still an ally of Russia, simply without obligation. And for this kind of cooperation Russia has done a very, very much - supplied and supplied weapon in Syria (knowing in advance that Syria will not pay for it), defends the sovereignty of Syria through diplomatic channels, sends warships, well, etc. Syria, in turn, is a buffer zone between the Russian Federation and terrorists.

Therefore, the main victory of Russia is setting the United States in a pose. The Americans have nowhere to go, they are locked in the choice of position and time, and therefore they will attack. Naturally, at the beginning of the bombing, a howl from the side of the mountain-patriots and pseudoliberals would rise that “Putin surrendered Syria” to “Fse prapal”, but Russia did everything she could and did everything right. Now the Americans are being ridiculed, because even the allies are turning away from them, and the war in Syria for them, for the time being, will have the local character of swotting Syria from around the corner, because it is scary to approach closer. At the same time, Russia is actively strengthening its relations with China, and this is a victory of the 2 number (the St. Petersburg summit and the signed contracts are proof of this)
Therefore, an act of aggression by the United States is inevitable, and it is unlikely that it will only be in the nature of attacks with cruise missiles. Otherwise, why sanction (pre) attacks on 60 days? By 3 rockets per day, or what ??? This is done to tighten the time and clarify the position. In fact, this means the possibility of a ground operation, because during these 60 days a lot can happen (for example, the next chemical attack).

Continuing to develop my thought about the absence of moves from the United States, I come to the conclusion that the Americans will fight to the last and, most likely, will blame Assad, since they simply had no choice. However, the losses in this case will be quite tangible - they will do it almost alone, human, financial and image-oriented. After the fall of Assad, the vector will shift to Iran, and here everything will be completely different - China will take a tougher position. Let me explain: China has no interests in Syria (they don’t take weapons, they don’t sell weapons), but Iran is China’s partner (atom, oil and weapons), and China will butt for it just like Russia is now for Syria. Coupled with the position of Russia, which, after the possible loss of Syria, will also be trapped in actions, they will be able to give a truly worthy rebuff to Western countries.

Some variables remain unknown until now. The first is the response of Iran, as an ally of Syria. In theory, he should block the Strait of Hormuz (and, along with it, sign an economic death sentence for himself) and sink American ships (declare war on the USA). I firmly doubt that Iran will support Syria, since they will not dig a hole for themselves alone.

Another variable is the relations between Russia and China, their further options for cooperation. But this is a separate topic of conversation.

And the main unknown remains the fate of Assad, because if they send the entire US military machine at him, he has a chance to survive. We wish him good luck.

Ctrl Enter
Noticed oshЫbku Highlight text and press. Ctrl + Enter
We are
Interview by President Bashar Al-Assad to the Sunday TimesRussia: the Moon, Mars and further everywhere ... Speeches of the participants of the Izborsky club in the corporation "Rosobschemash"
Military Reviewin Yandex News
Military Reviewin Google News
66 comments
Information
Dear reader, to leave comments on the publication, you must to register.