"The position of PR." Political analyst explained why the outcome of voting in the Congress on Syria became unpredictable 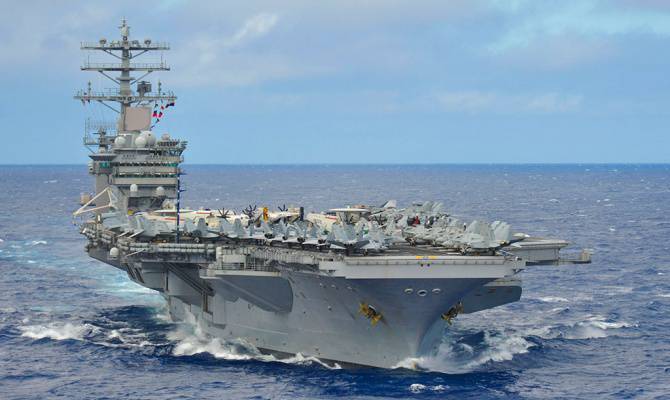 “In the USA itself, in the expert community, even in the intelligence community there is a great skepticism about intervening in the Syrian problem,” political analyst Sergei Markedonov told the newspaper VIEW. He does not exclude that the appeal of Obama for the support of Congress is caused by the desire to avoid an attack on Syria.


The American president has shown hesitancy around the plan for air strikes on Syria. In the middle of last week, many expected that Obama would start a war without the permission of not only the UN Security Council, but also his own Congress. However, after the parliament of Britain’s closest ally, suddenly rejected the idea of ​​an immediate strike, the US president clearly hesitated, and at the weekend he declared that he wanted to get his parliament’s approval first.

Obama's hesitations are reflected in his dual statement. He stated that, in fact, he had already decided to start the bombing, but immediately made a reservation that he would consult with the Congress.

As a source in the State Department told Fox News, Obama reserves the right to start the operation, even in the event of a negative vote on the resolution. In this case, the need to consult at all seems strange to observers. On Monday evening, it became known that the upper house of Congress - the Senate - will convene for an emergency meeting on Tuesday.

Although Obama expressed his readiness to completely ignore the decisions of the UN Security Council, that is, complete disregard for the UN and international law, in the draft document itself submitted to Congress, on the contrary, the need for a strike is justified by reference to one of the resolutions of the UN Security Council (No. 1540). It also says that the actions of Damascus violate international norms, in particular the norms of the Convention on the Prohibition of Chemical Weapons.

The meeting of both chambers of Congress on the Syrian issue for the President of the United States about what moods will eventually prevail among American congressmen, the invited researcher at the Washington Center for Strategic Affairs told the VIEW newspaper. and international studies Sergey Markedonov.

VIEW: Sergey Miroslavovich, in your opinion, Obama and the American elites sincerely believe that “Assad broke the line” and should be punished, and for this they are chosen by God, is this their mission? Or is it just political rhetoric?

Sergey Markedonov: To answer this question, you need to be a specialist in the field of chemical weapons and have access to classified material. Today, judging by the information made public, I don’t think that the evidence is serious enough. As for Assad, the American administration expressed its opinion quite a long time ago: “Assad must leave.”

VIEW: Could Obama say, the evidence is insufficient, and not to believe these messages? Like, the blow will not be because we are not sure? After all, until now, the States use the expression “to a large extent confident”, “significantly confident”, and not “absolutely sure”.

VIEW: If there is evidence, why do they not disclose it? Is this due to secrecy considerations?

SM: We have brought the entire Syrian crisis to these attacks, although here is a completely different, much wider situation. There is a perception among the American elite that it has the right to intervene in international conflicts, to change regimes, if, from the point of view of the American administration, they pose some kind of threat.

There is a more conservative view on the problem of interventions - on the part of China and Russia, which again exists not from some idealistic considerations, but on the assumption that Moscow and Beijing are “clutching at the wreckage” of the Yalta-Postdam system.

VIEW: Are there any states in the States who, like Obama in the past, are famous for their distinctly anti-war rhetoric, a call for non-interference in Syrian affairs? If so, what kind of support do they have?

SM: The population hardly imagines what is happening in Syria. What do you think Uncle Sam from Ohio seriously imagines who the Alawites and Shiites are, what makes the Kurds different from the Arabs? I do not think that this issue is really worried about the American population. Americans are worried about unemployment and the problems of health insurance are much more than the question of Syria.

As for politicians, it’s not a matter of “military and anti-war”, but of pure pragmatism. Senator Rand Paul, for example. Can he be considered an anti-war leader? No, this is a senator of the conservative direction, but he says: “There is no national interest of the United States in this, because the people who oppose Assad are not American friends.

There are also political scientists who criticize, but they are not necessarily “anti-war”. I would say that the opponents of the strike on Syria are divided into three groups. Firstly, they are civil society leaders, representatives of the American left spectrum. There are conservative Republicans, like Rand Paul, who believe that intervening directly in all world processes is simply not in the interests of the United States. There are also isolationists, supporters of the traditional American line of development.

The issue is widely discussed, it cannot be said that one and all speak in favor of a forceful solution.

VIEW: What might be the balance of power during the discussion of the resolution on Syria - among Democrats and among Republicans?

SM: The division into Democrats and Republicans is very vaguely maintained on very many issues. Many do not have any clear binding, among them there are interventionists and "pragmatists."

VIEW: On Sunday, a closed meeting was held in Congress, at which representatives of the special services and the White House shared secret evidence with Congressmen accusing Damascus. But when the congressmen came out from behind closed doors, they did not look convinced at all. Even those of them who are in favor of a strike on Syria, explained this not at all by the weight of evidence, but by purely image reasons. Republican Sandy Levine said: “I think members of Congress will make a military decision, because if we don’t do anything, we’ll stand in an unfavorable light.” How important is this fear for them to “appear in an unfavorable light”?

S. M.: Unfortunately, this fear is decisive. These are such grimaces of democracy, when politicians think not so much about a strategic decision, as about how to look profitable. The logic of the level "the man said - the man did."

In my opinion, this plays a destructive role, because in the USA itself, in the expert community, even in the intelligence community, there is great skepticism about intervention in the Syrian problem.

Back in 2011, former National Intelligence director James Klepper reported that al-Qaeda was among Bashar Assad’s opponents. The PR campaign plays a very large, perhaps decisive role, the superpower still needs to understand that its global significance is not only a benefit, it is a burden.

Representatives of the Congress, who will support the military decision, will be guided by the “image motive”, and Obama himself has many of them - he is a complex person. He remembers his claims that the war in Iraq is wrong, his anti-war slogans, under which he went to power. On the other hand, he also said the words “red line”, “Assad should leave,” as a result, a feeling of some kind of confusion is created. If the less reflexive president had been in Obama's place, the United States would have long gotten involved.

VIEW: Other congressmen, on the contrary, directly admitted after the meeting that nothing has yet been proved, they are still set to vote against ... What is your forecast for the outcome of voting in the senate and the House of Representatives?

SM: You know, I would not risk now predicting the results or the approximate ratio of votes. If the decision of the Congress is negative, it will create a very serious precedent. In the practice of military interventions, I don’t remember the case when the US legislative and executive authorities differed diametrically. If it is, a very interesting example will appear.

VIEW: According to your feelings, does the president really want to fight? Maybe the refusal of Congress will allow Obama a convenient way out of the situation, saving face?

S. M: I would rather agree with this statement. It is obvious that a lot of unpredictable scenes are connected with the situation in Syria, so I believe that the president at least wants to share responsibility.

If Congress says “no”, then it will be possible to declare: “We have a supposedly democratic country,” even more so that the US Constitution directly recommends declaring war with the help of legislative power. The president can always say: "I followed the constitution, I was a Democrat." If the Congress supports the decision of the president, then it will acquire a greater degree of political legitimacy.

Ctrl Enter
Noticed oshЫbku Highlight text and press. Ctrl + Enter
We are
A great interview with Sergey Lavrov: about Ukraine, Obama and IranWhat you didn't want to know about England
33 comments
Information
Dear reader, to leave comments on the publication, you must to register.