From Baghdad to Damascus. Sea of ​​American lies 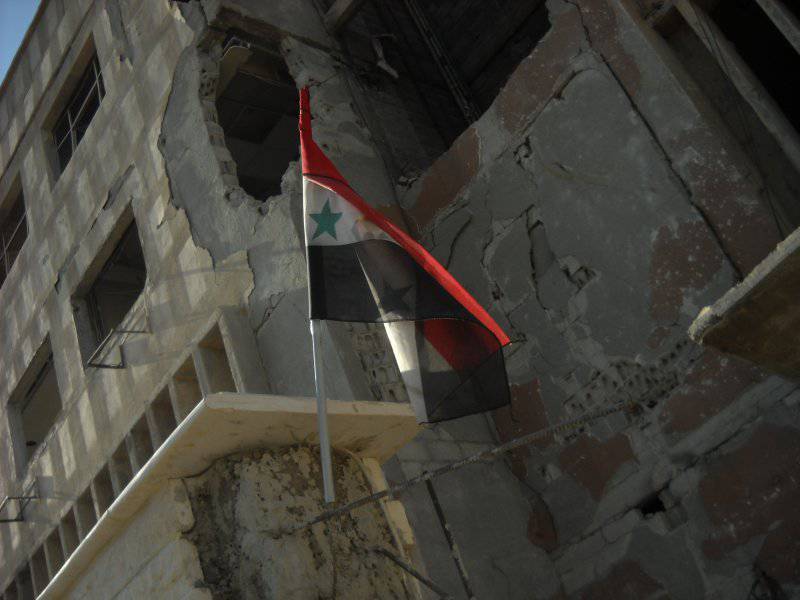 Outside the window are the sounds of azan. The city lives a normal life, and no one wants war. Not everyone believes in aggression. Unclear anxiety in people's souls gives way to unclear hope. Hope for a miracle, for the Heavenly forces that will stop the executioner's brought arm. Overall, there is more hope than anxiety.
Maybe it’s scary in the soul of many - the US-NATO machine is strong, soulless and incredibly cruel, and everyone knows that. But fear try not to show. Go to work. Mood fighting. Many say that you need to stand to the end. “We are already scared. More than two years, death awaits around the corner. NATO bombing adds little, ”say the Syrians.

Belated roses bloom and large white jasmine. Palm trees lift their huge leaves to heaven. Turtle doves fly over Damascus. In the afternoon the sun bakes ancient stones. So far, no one and nothing thinks about the war, does not want it. And how in those summer days to think about the black power, which prepares sinister plans, contrary to the mind and nature of man? Only a few shots from the suburbs remind us that the country is experiencing a tragedy. The city froze in anticipation, but is full of faith in the best. Soldiers at roadblocks are smiling and joking.

Syrian President Bashar Al-Assad has received two international delegations in recent days - from Yemen and Iran. The guests expressed their full support for Syria and its people, the leadership and the army, and stressed that the victory of the UAR would be a victory for all the peoples of the Middle East.

“Threats of direct aggression against Syria only strengthen the people's resolve to uphold their principles,” the head of state said at a meeting with representatives of Yemeni parties and intellectuals. Syria, he said, is ready to repel any aggression. He added that it is very important to raise the consciousness of the Arab peoples, since this is the most important factor in the struggle with the plans of the West and its allies. “The will of the peoples is the basis of relations between countries and a guarantee of victory. That is what is happening now in Syria, ”he said.

A very representative delegation from Tehran arrived in Damascus headed by the Chairman of the Committee on Foreign Policy and National Security of the Shura Council of the Islamic Republic of Iran Alaeddin Boroujerdi. During the meeting, Bashar al-Assad firmly stated that no threats would force Syria to retreat from its basic principles and stop the fight against terrorism. According to him, the people and the army will be able to resist external aggression, just as they are fighting today with internal aggression, carried out by the hands of terrorists and those who support them. The soldiers, the Syrian leader said, are winning victory after victory, and they will certainly reach the ultimate goal of restoring full security throughout the country.

At this time, on the other side of the planet, Obama and Kerry rage, threatening Syria with thunder and lightning. Their petty puppets in Europe express support, and many influential NATO countries - in particular, Germany, Italy, and Greece - categorically refuse to take part in the new “crusade for democracy”. The 10 countries of the North Atlantic Alliance have already declared that they will not take part in this dirty war. Not yet started, aggression splits the NATO bloc.

US Secretary of State Kerry gave a whole presentation on what, they say, “bad regime” in Syria, screamed hysterically and falsely about children's corpses, showed photos.

On one of them - neatly laid in rows, wrapped in white corpses, through which a living child steps. But the problem is that this photo was taken by journalist Marco Di Lauro, who works for the Getty Images website in 2003 in Iraq. It was called “Iraq after Saddam” and was once used against Syria — then the BBC website published it as an illustration of a previous large-scale provocation in the village of Al-Khul. Let me remind you, then the Syrian army was accused of massacre around 100 people, made a fuss all over the world, threatened with intervention, but soon it turned out that the crime was committed by terrorists. Now the US is once again lying, moreover, they are accusing the Syrian army of killing the very people who were killed in Iraq 10 years ago under the false pretext of "using chemical weapons by Baghdad."

No chemical weapons They did not find it, but none of the organizers and perpetrators of criminal aggression against a sovereign state was in the dock. Now, US impunity threatens to turn into new cruelty and new blood.

Interesting information appeared on the site of the British newspaper Telegraph. The publication “US intelligence agencies involved in chemical attack in Syria” tells us that one of the hackers got access to an email from Colonel Anthony Macdonald of the US Army, who is the curator of the office of the deputy chief of staff of the army for intelligence, and his wife. From the latest correspondence with her friend, it becomes clear that the videos submitted by the “opposition” - at least a part of them - were absolutely fake and staged. Here is a fragment of the correspondence:
“I still think about these Syrian kids. Thank God, they are alive. I hope they will be given some gift or some money for it. ”

“I saw it too and was very scared. But Tony calmed me down. He says they did not suffer, it was done for shooting on the camera. So don't worry, darling. ”

The British edition summarizes: “Published data show that Washington is ready to do anything to achieve its goals in the Middle East. The support of the Syrian opposition by political means and weapons did not bring the expected results. In these circumstances, the US is ready to once again violate international law and attack Syria without the approval of the UN Security Council. The world is the same - if the policy does not work, the aircraft carriers begin to act. ”

In fact, the world does not want to start a new aggression, built on lies and fakes. Around the world swept the stock under the slogan "Hands off Syria." In the United States itself, the movement of the same name is gaining momentum - having begun in the state of Pennsylvania, the demonstrations cover more and more states and cities. After the essentially fascist statement of Barack Obama that he was ready to strike at Syria, huge anti-war demonstrations took place in Britain, Yemen, Hungary, Romania, India, and Greece.

But among those supporting the idea of ​​barbaric aggression against Syria turned out to be ... "our old friend" Hashim Tachi, the leader of the puppet pseudo-state created by the Americans and NATO members in the holy Serbian land of Kosovo. This territorial entity can only be called Amerikosovo. 14 years ago, Tachi, posing as a “victim of ethnic cleansing,” demanded the bombing of Yugoslavia. This thug, who personally killed civilians in Serbia, before torturing them to death, took part in violence against Slavic girls, created a mafia for trafficking in human organs (which even the corrupt prosecutor Del Ponte, who entered into history as one of Slobodan Milosevic’s murderers, but after his resignation she was carried to otreneniya). According to Tachi, the very Hague Tribunal would have cried long ago, if this judgment were at least the smallest drop objective. To paraphrase a well-known saying, “the bandyuk sees the bandiuk from afar”.

These are the "fighters for democracy" shouting about "tyranny" in Syria!

In the meantime, a scandalous case of human rights violation occurred in the United States itself. In Philadelphia, a woman named Emily Yates played in the park on a banjo - a musical instrument similar to a guitar. Thus, she protested against US policy towards Syria.

Eight policemen attacked a woman. She screamed that she was not doing anything illegal. In addition, he is a veteran of the war in Iraq (apparently, she has seen enough of an unjust slaughter, also based on lies!). Despite all her objections, Emily was caught, her arms were twisted, plastic handcuffs were put on her wrists and taken away in an unknown direction.

And these people will teach the world of democracy? They have already taught her Belgrade and Baghdad. And now the sea of ​​American lies is trying to overwhelm Damascus.
Obama announced that he would not make a decision without Congress, trying to at least somehow hide behind this very "democracy". We got a reprieve. The forces of reason, including Russia, face a difficult mission - to stop a new war.