History in photos. To reach heaven 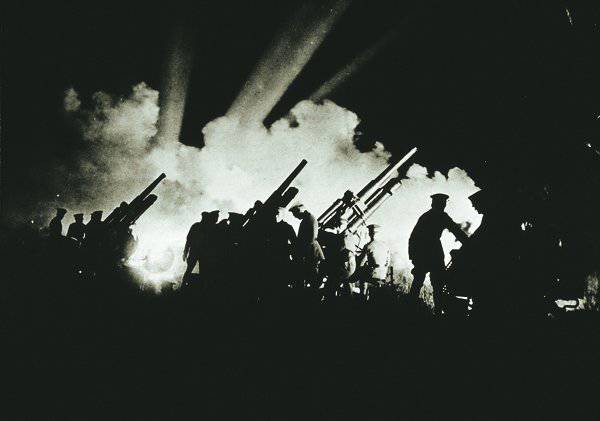 American gunners of the 1 world

The fruits of the works of rare first-mover enthusiasts are cumbersome, slightly ridiculous designs of slats and canvas — the first
Airplanes did not cause fear of their appearance over the heads of those walking on the ground. Only delight.

The most far-sighted, of course, were aware that the military industry was always ready to take any technical innovation. But even the visionary did not know that in just ten years in the world symphony of death - the Great War - the party of airborne threat would sound loudly. Machine-gun routes, bombs and steel darts will overwhelm her army. And it will be forced to defend. At first, as is usually the case, with improvised means — deploying in the vertical plane the trunks of conventional artillery guns and machine guns, curling the sky with carcasses of balloons and balloons. Combining the same machine guns in pairs or even in quartets. 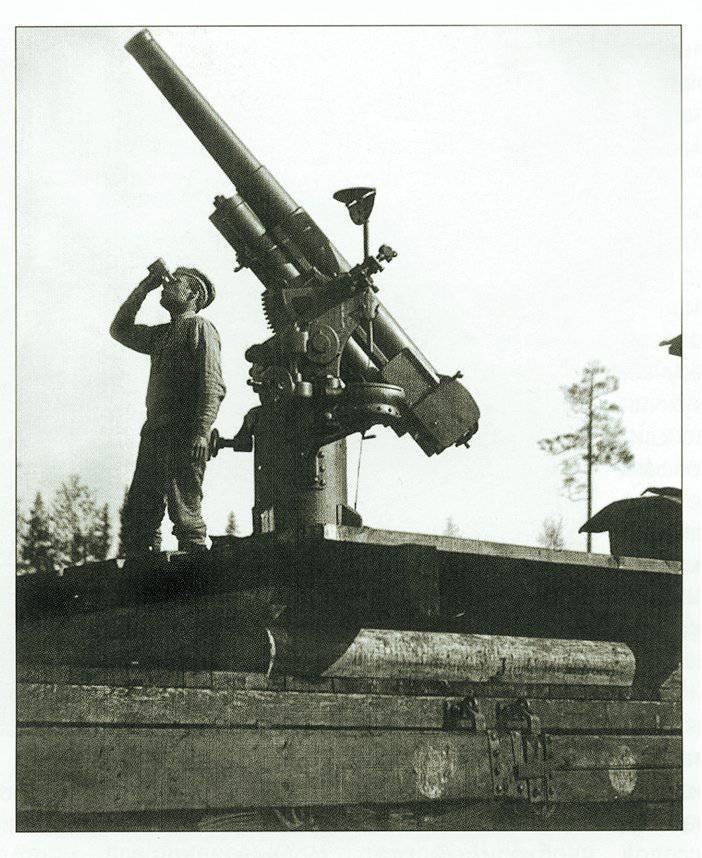 One of the first anti-aircraft guns

In fact, there were many perspicacious, military engineering minds almost at the dawn of the emergence of the creation of air defense aviation.

For the first time in Russia, shooting at air targets (tied balloons and balloons) was carried out at the end of the 19th century. Almost at the same time, it turned out that in order to successfully combat enemy aircraft, a special anti-aircraft gun was needed. In 1901, military engineer M.F. Rosenberg designed the first 57-mm anti-aircraft gun, but the idea was rejected. Many reputable military experts of the time believed that special anti-aircraft artillery was not needed. In particular, at the lectures at the General Staff Academy it was said: “One cannot agree first of all that in order to combat airborne targets, special guns with large vertical shelling and great mobility are necessary. Is it possible to expect not only modern, but also air targets of the near future to move freely with reliable results of observation of the enemy above 1 versts? ”

The 1910 mobilization schedule of the year also did not provide for equipping the army with special tools to combat air targets. But within a few months after the start of the First World War, it became necessary for the armies of the fighting states to organize air defense of groups of troops and important objects. In Russia, among the top-priority tasks, measures were being developed to prevent the flights of the enemy's aerial vehicles to the then capital of the country, Petrograd, and the emperor's residence in Tsarskoe Selo. 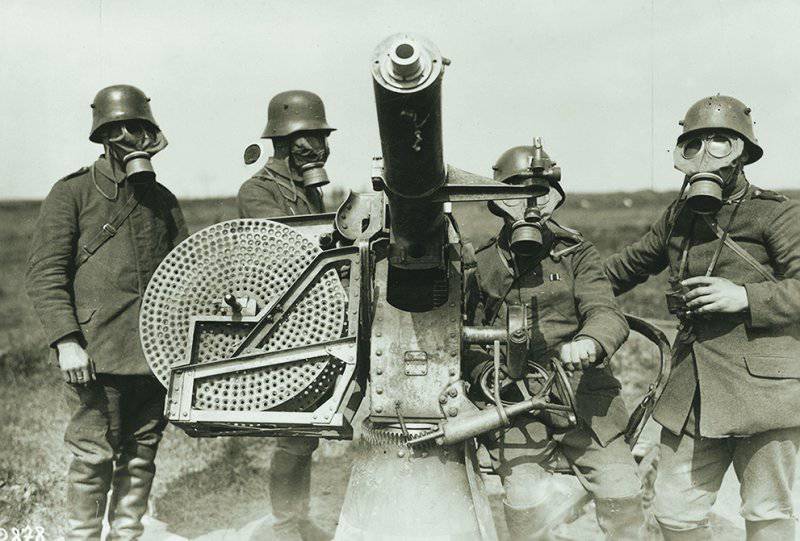 1916 year. The German calculation is ready for the threat from the air and for the gas attack

In November 1914, the Commander-in-Chief of the 6 Army, Adjutant General Konstantin Petrovich Fan-der Fleet announced a special instruction, according to which air defense of Petrograd and its environs was organized for the first time. So in a year we will celebrate the centenary of Russian air defense.

Well, and then, as always ... The faster and more powerful the aircraft became, the more the danger from the air increased, the more perfect the means of protection against it were. 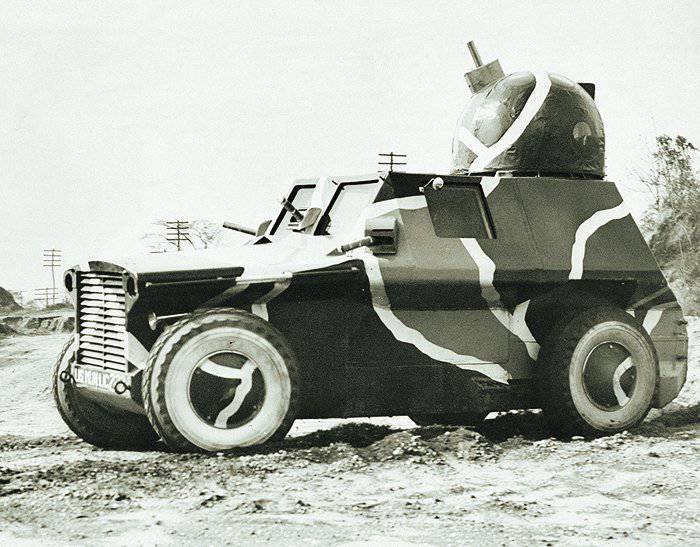 1938 year. The US Army is testing a tank equipped with anti-aircraft gun 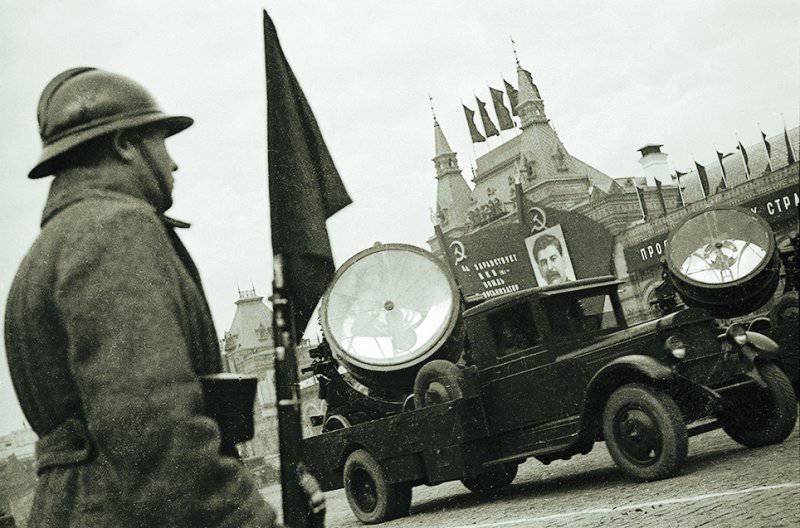 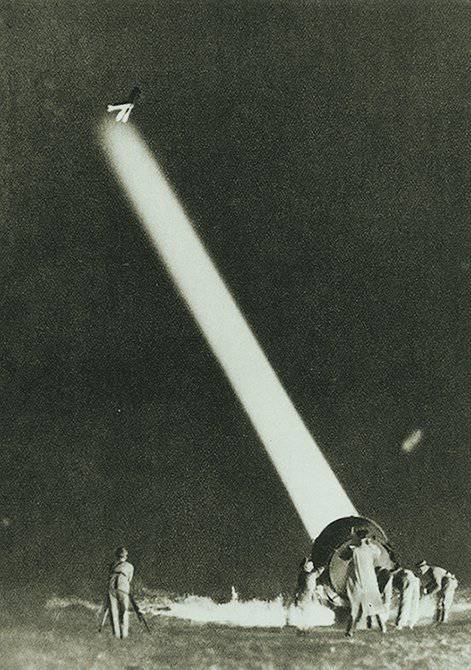 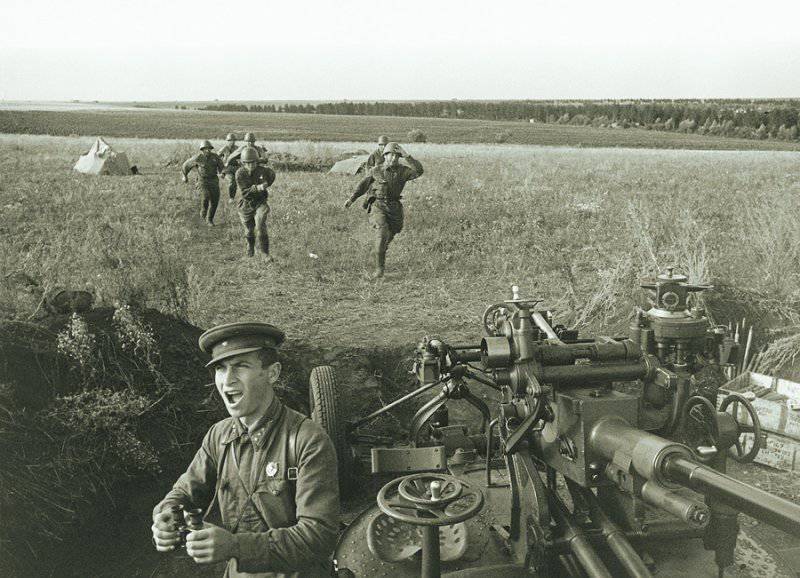 Calculation of Soviet weapons in a hurry to take their places 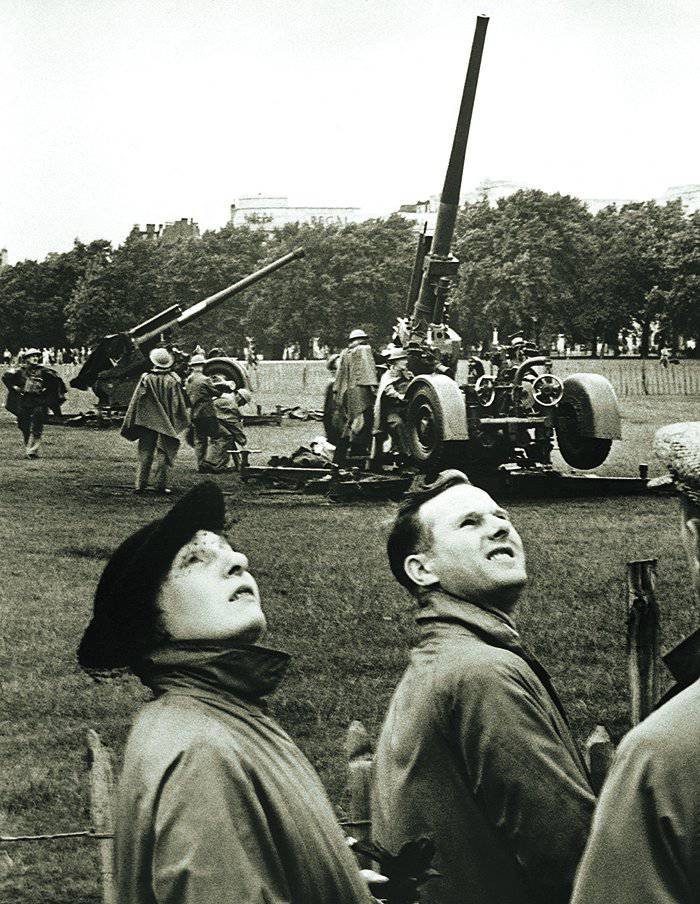 August 1939 of the year. "Battle for England" is still ahead, but anti-aircraft guns are already in London's Hyde Park 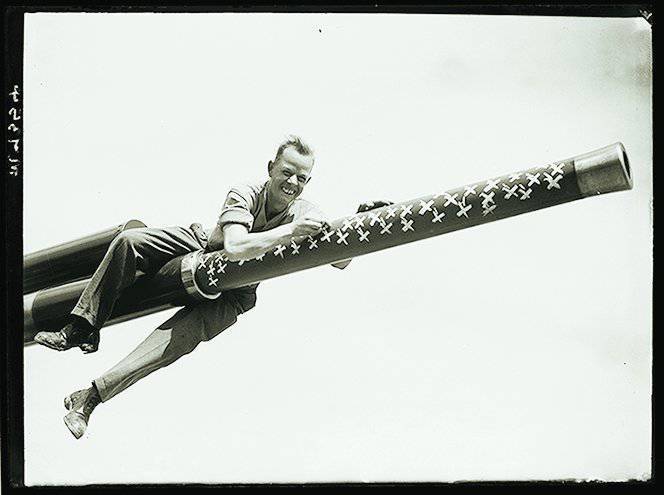 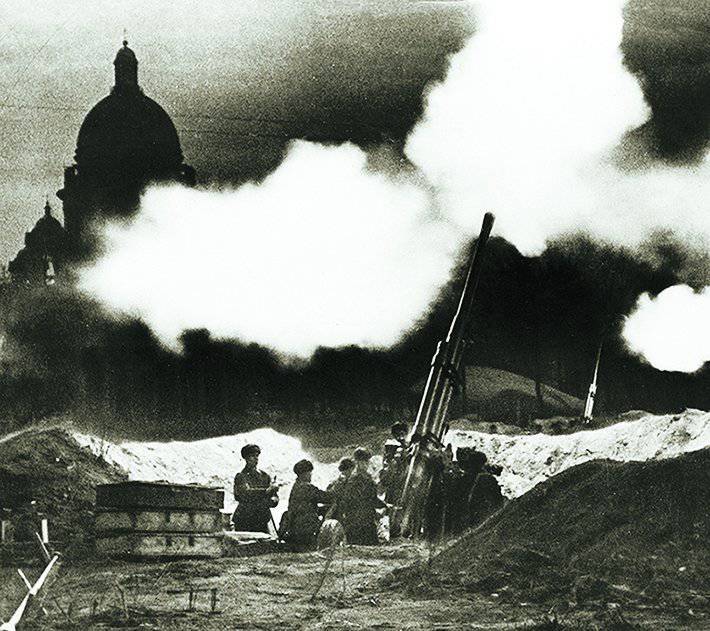 1941 year. Protection of the Leningrad sky 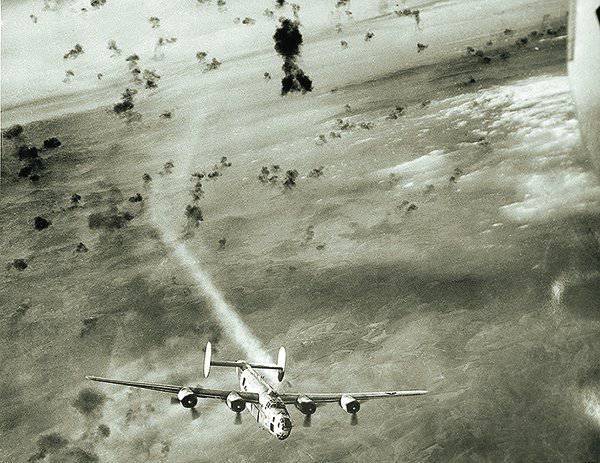 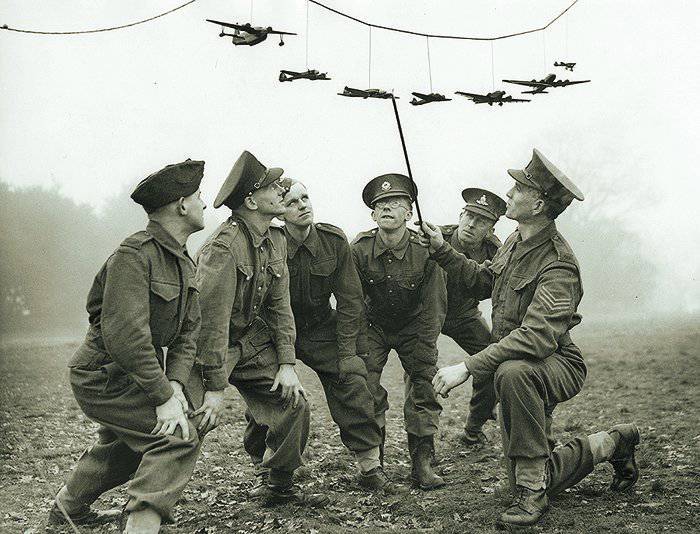 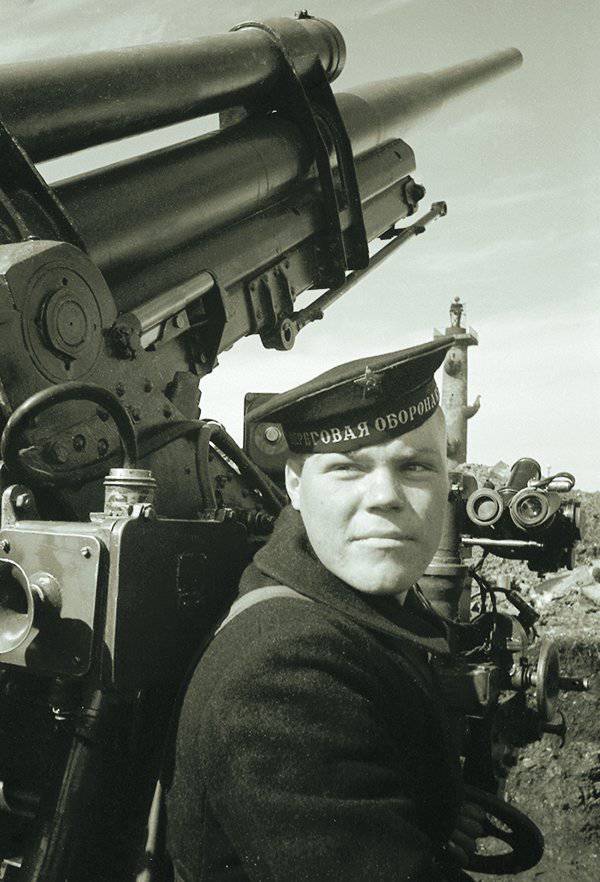 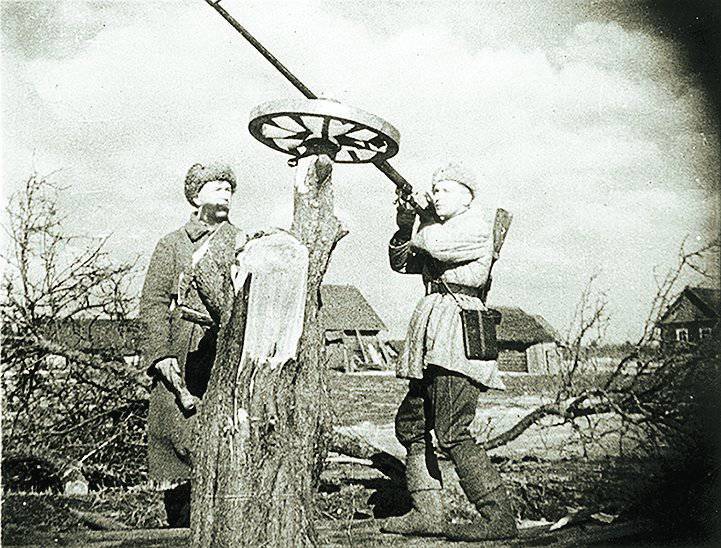 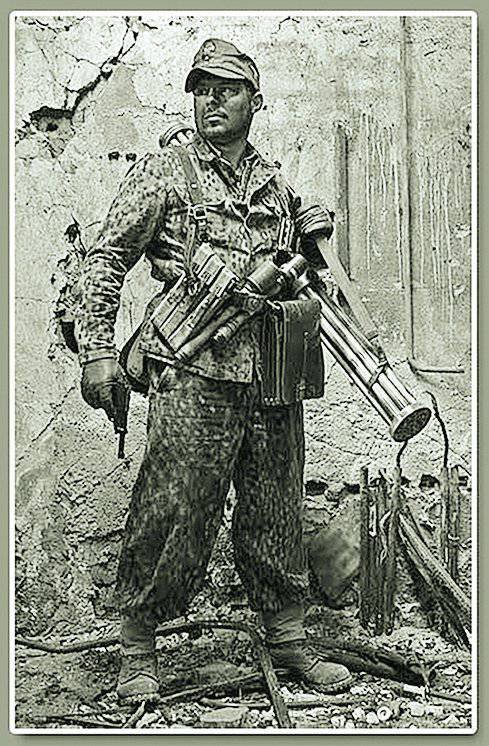 Ctrl Enter
Noticed oshЫbku Highlight text and press. Ctrl + Enter
We are
Battle of Stalingrad in photosJamahiriya in the photos of the beginning of 80's
Military Reviewin Yandex News
Military Reviewin Google News
43 comments
Information
Dear reader, to leave comments on the publication, you must to register.