Terrorist activity in Ingushetia does not decrease

August 28 2013
28
The village of Lower Achaluki. The Republic of Ingushetia. An attempt was made on the highway connecting Nazran and Malgobek to the secretary of the republican Security Council Akhmed Kotiev. The car VAZ-2114, in which there was an Ingush official, in 7: 30 in Moscow was fired upon by unknown persons from an automatic weapons. As a result of the shelling, the driver of the car died on the spot, and Kotiev died during transportation to the nearest hospital.


The killing of a high-ranking Republican official in Ingushetia was dubbed as one of the attempts of militants to influence the outcome of elections, which should be held in the region in less than a couple of weeks. Such a judgment looks, at least, strange at once for several reasons.

The first reason: the event, which will be held in Ingushetia in September, with all due respect to the Ingush parliament, is not exactly up to full-fledged elections. President Putin proposed to the Ingush legislators three candidacies, among them Yunus-Bek Yevkurov, who has served as head of Ingushetia since October 2008. You do not need to be Nostradamus to guess who the members of the republican parliament will ultimately choose ...

Reason two: if a terrorist act against Akhmed Kotiev in the Republic of Ingushetia would be the only recent terrorist act, then one could assume that it has something to do with the upcoming “elections”, but gang attacks in the republic would become a phenomenon Do not household. 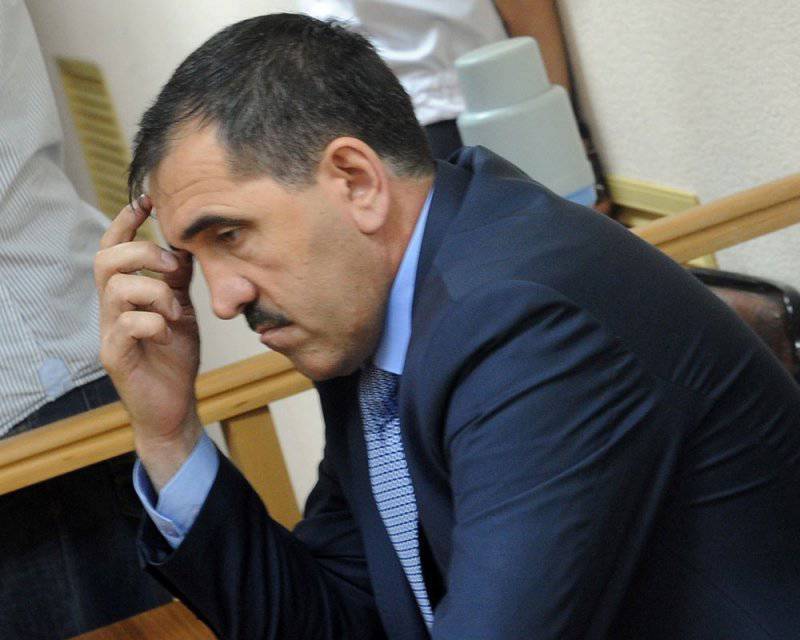 We present the statistics of terrorist acts and attacks on security forces in Ingushetia since the beginning of this year. This statistic looks really impressive (with a minus sign, of course).

Nazran Unidentified persons fired at a private house of a religious leader, member of the Council of Muftis of the Russian Federation, Salekh Khamkhoev. By luck, no one was hurt.

Ekazhevo village. An explosive device attached to the car of a local resident worked. Two people were seriously injured. According to some information, the victims came out with appeals to put up civil resistance to illegal armed groups on the territory of Ingushetia.

Nazran As a result of the armed attack, the head of the Rosselkhoznadzor administration for the Republic of Ingushetia was seriously injured and a passerby was killed.

Neighborhood of the village Jandare. The attack on the policeman, as a result of which he was wounded from automatic weapons.

Sunzhensky district. As a result of the double blast, law enforcement officers, including the commander of the republican riot police Rashid Ganizhev, were seriously wounded.

Village Dolakovo. Killed by a policeman.

Gazi-Yurt. The attack on the car of the deputy head of Dzheirahskogo district Magomed Yevkurov. The car was fired from automatic weapons. There were no casualties.

During the operation to neutralize a suicide bomber, a law enforcement officer was seriously wounded.

Village Ordzhonikidzevskaya. The secretary of the Security Council of Ingushetia reports that during the operation to storm the house, where the militants took refuge, they received injuries of varying severity 13 security forces.

The village of Them. A homemade bomb was blown up, which the attackers threw into the household of the former judge of the Magas district court. No injuries.

Terrorist activity in Ingushetia is not reduced. It is not affected by changes in the power apparatus of the republic, nor new appointments in the municipalities, or rather frequent changes of representatives of the judiciary. It seems that the entire work of the authorities of Ingushetia is similar to the actions of an unlucky insect caught in a cobweb. Any attempt to get out of this web causes a spider to appear and causes a painful bite. And the following strangeness is surprising: in one of the smallest in terms of the territory and population of the subjects of the federation, the authorities can not only break the terrorist web, but also establish who it is here everywhere. The situation looks even more strange because President Yunus-Bek Yevkurov, who himself suffered at the hands of terrorists, is not a guest in Ingushetia, and he controls the region not at all for a week, but for almost five years.

What conclusions suggest themselves? Either Evkurov is poorly headed as a leader (the country has the highest unemployment in the country - about 44% in official statistics; the last place in the country in terms of GRP and one of the first places in terms of the prevalence of crime), or then other hands, and Yevkurov only denotes power in the region.

Of course, you can think for a long time about the fact that some dark forces prevent Yunus-Bek of Bematgireyevich from working and bringing order to the region entrusted to him, but these reflections are clearly speculative in nature. Yevkurov, after all, is by no means a pussy lady, but a combat general, a paratrooper. Or did the current acting Ingush president forget that he is a hero of Russia, and that it was he who in June 1999 took direct part in the cast for Pristina? If you forgot, then we remind him about it.

And if you still try to dismiss the speculative component and assume that again, someone is trying to do everything to make Yevkurov a political loser? .. If so, then he does it well. We will not, as they say, point the finger, but in the light of the relations between Yevkurov and the head of one of the neighboring republics, this situation is quite possible. Not that this is exactly what really happened, but after all, the probabilities cannot be dismissed. And if we also recall the dispute between the heads of the two North Caucasian republics over the administrative border, which (dispute), by the way, has not been resolved so far, then the thought arises of the benefits of the “unlucky” Yunus-Bek to the “lucky” Ramzan. There is such a thing as sworn friends ... You see, one has flashed the thought that Putin will look at the “political loserism” of the head of Ingushetia and the problems of the whole Ingushetia as a whole, and decide to do something like the Chechen-Ingush Republic (as in the times of the USSR) with one head, with which Ramzan Akhmatovich may well feel himself inner ...

Only here the economic "achievements" of the Chechen Republic are also not far from the "achievements" of Ingushetia. Building mosques and skyscrapers on subsidies from the federal budget is, of course, impressive in its scope, but as a merit it is still dubious. And therefore, if Ramzan Akhmatovich has far-reaching plans to increase his own political weight in the North Caucasus, then it would be better to realize them not by informational PR, but by improving the now economic climate in the republic, and not looking beyond the administrative boundaries.

Ctrl Enter
Noticed oshЫbku Highlight text and press. Ctrl + Enter
We are
Situational analysis of the death of the MH17 flight (Malaysian Boeing 777), made on the basis of engineering analysis from 15.08.2014The fight against terrorism. An inside look (blog of Ingushetia special forces)
Military Reviewin Yandex News
Military Reviewin Google News
28 comments
Information
Dear reader, to leave comments on the publication, you must sign in.