August 28 2013
25
It is not by chance that laser technologies are priority among the areas of modernization and technological development of the Russian economy. VPC weekly publishes an interview with the general director and chief designer of Ekran Research Institute Vladimir Butuzov, the creator of the unique complex for protecting airplanes and helicopters from air-to-air and ground-to-air guided missiles.


“VPK”: Vladimir Vasilievich, work on weapons and military equipment using laser radiation began almost immediately after the appearance of the first optical quantum generator in the 60s. In fact, the laser has long been called up for military service. It’s not just about exotic radiation weapons, but also about rangefinders and target indicators, homing heads, aerospace and marine navigation equipment, underwater communications, location stations. What niche does the Research Institute “Ekran” occupy? 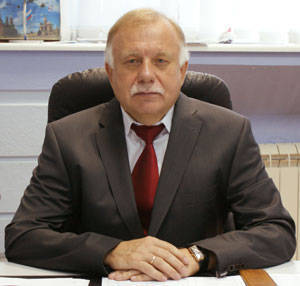 - Open Joint-Stock Company Ekran Research and Development Institute, founded in 1949, is the leading backbone enterprise in the field of creating multifunctional integrated airborne defense complexes designed to protect aircraft against enemy missiles against guided missiles, widely used modern MANPADS. It is part of the Concern Radio-Electronic Technologies OJSC of the Rostec State Corporation.

The most famous commercial development of our institute is the airborne defense complex (BS) of the President-S aircraft. The BKO includes a laser opto-electronic suppression station (LSEI). So our systems are purely defensive, and can be installed on civil aircraft and helicopters.

MIC: Within the framework of the MAKS-2013 Salon, Ekran Research and Development Institute presents, for the first time, the laser opto-electronic suppression system developed under your leadership — part of the GCE. What are the specifics of the show on the international commercial platform?

- The system is designed to protect light helicopters, including the export version of the Mi-28NE attack machine, from attacks by man-portable air defense systems (MANPADS). At present, MANPADS pose a major threat to aircraft and, above all, to helicopters. MANPADS are in service in almost all countries of the world. All known terrorist groups possess these weapons, as they are readily available on the black market. Thus, thanks to the high mobility, ease of use, maintenance and launch by one person, as well as a unique combination of weight and size characteristics and MANPADS effectiveness - a formidable weapon. According to data published in the world press, over the past 25 years, more than 90 percent of aircraft losses destroyed in the air during military conflicts are associated with the use of guided missiles with infrared (IR) homing heads and, above all, MANPADS. IR countermeasures using traditional methods, such as expendable means (LTC) or conventional incoherent (lamp) elements, have either limited effectiveness or its complete absence against the latest generation MANPADS. Currently, only laser systems of optoelectronic suppression provide reliable and effective counteraction to modern and future threats of MANPADS, while having a lower life cycle cost in comparison with other approaches to IR countermeasures.

"MIC": So, on the current MAKS, the well-known onboard defense complex is shown in more detail - right down to the component parts? 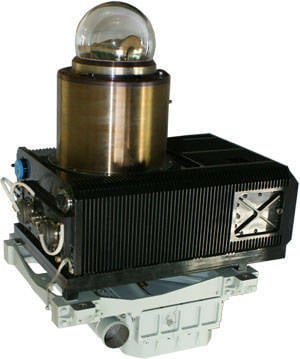 - Indeed, President-S was demonstrated at the MAKS-2011, Farnborough-2012, Paris Aeroshow-2013 aerospace showrooms. This time we have the opportunity to show customers the components of the complex and system solutions. The technologies used in the presented optoelectronic suppression system expand the efficiency of laser suppression systems, improving performance, reliability and efficiency, while at the same time eliminating the traditional flaws of previous versions of such systems associated with installation restrictions, complex and critical adjustment, tuning, maintenance and maintenance. The design of the system, designed in accordance with the requirements of an open architecture, allows it to work both integrated in the airborne defense complex and in an autonomous configuration together with its own missile attack warning system.

"MIC": What are the main performance characteristics and typical carriers?

- Mass of the laser system - 64 kilogram. Composition: solid-state laser, optical-mechanical unit with one transmitting head with an 360 working sector in azimuth, control and power unit. Structurally presented version of the laser system is located inside the fuselage of the helicopter. But the design of the system can be adapted for placement on any types of aircraft as in the version with a single transmitting head and one laser, and in the version with two heads and two lasers.

Ctrl Enter
Noticed oshЫbku Highlight text and press. Ctrl + Enter
We are
Why rebuild repsList of destroyed the largest and most high-tech enterprises
25 comments
Information
Dear reader, to leave comments on the publication, you must to register.