The feat of Stalingrad zenitchits. 23 August 1942, our anti-aircraft gunners did not allow the Germans to go straight into Stalingrad 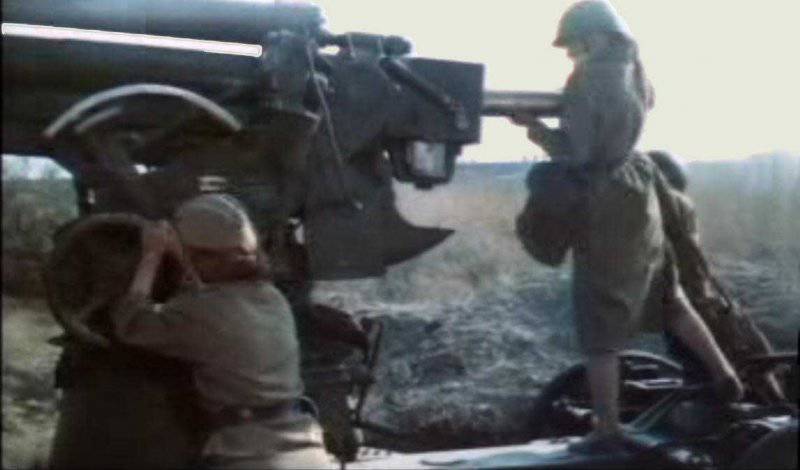 The battle of Stalingrad began on August 22, 1942: the 6th German army crossed the Don and captured on its eastern shore, in the area of ​​Peskovatka, a bridgehead 45 km wide, on which six divisions concentrated. August 23rd tank the enemy’s corps broke through to the Volga north of Stalingrad, near the village of Rynok, and cut off the 62nd Army from the rest of the forces of the Stalingrad Front. German that day aviation dealt a massive blow to Stalingrad from the air, having made about two thousand sorties. The massive German bombardment on August 23 destroyed the city, killed more than 40 thousand people, destroyed more than half of the housing stock of the pre-war Stalingrad, thereby turning the city into a vast territory, covered with burning ruins.


By 16 watch 23 August 14 th tank corps of General von Wittersheim came to the northern outskirts of Stalingrad in the area of ​​settlements Latoshinka, Akatovka and Rynok.

Dozens of German tanks of the 16 Tank Division of Lieutenant General Hube appeared in the area of ​​the Tractor Plant, a mile and a half from the factory workshops. Following the tanks, the enemy threw two motorized and several infantry divisions into the eight-kilometer corridor formed.

However, the Germans did not break into Stalingrad that day. Three enemy anti-aircraft batteries of the second division of the 1077 anti-aircraft artillery regiment, equipped with female personnel, blocked the way to the enemy. The battalion commander was Captain Luka Ivanovich Dakhovnik.

To help the girls from the tractor factory came two tanks and three tractors, sheathed with armor steel. Behind them moved the battalion of workers, armed with three-lane. There were no other troops in Stalingrad: units and formations of the 62 Army covering the northern outskirts of Stalingrad continued to fight on the left bank of the Don a few dozen kilometers from the city. In difficult combat conditions they had to be transferred to yesterday’s rear and occupy new defensive lines, but this required time, which was no longer there.

Nevertheless, those few anti-aircraft gunners and the hard workers who were covering them stopped the German advance that day.

Each of the 37 guns has become a separate island of defense. After each unsuccessful tank attack, anti-aircraft gunners attacked from the air diving Ju-87 and flying Me-109 flying at low level flight. However, anti-aircraft gunners were ordered not to open fire on the aircraft - all the shells were intended for tanks.

Because Wittersheim, with all his corps, could not cope with a handful of anti-aircraft gunners and a battalion of hard workers, he was removed from command. In his place was appointed Hube. In two days of fighting, the corps lost the 83 tank. In the futile attacks, three battalions of German infantry were drained of blood. But all the 37 of our guns were destroyed. Killed most of the staff.

Instead of regrouping the 62 Army, Colonel-General Eremenko, commander of the Southeastern Front, created a strike group consisting of 35, 27-I Guards and 298-I divisions, 28-I tank corps and 169 I tank brigade. These troops, led by the Deputy Commander of the Stalingrad Front (10 August, the Stalingrad Front is subordinate to the Commander of the Southeast Front), Major General Kovalenko, received the task of launching a counter-attack in the south-western direction and, in cooperation with the troops of the 62 Army, defeat the 14 tank forces enemy corps, breaking through to the outskirts of Stalingrad. 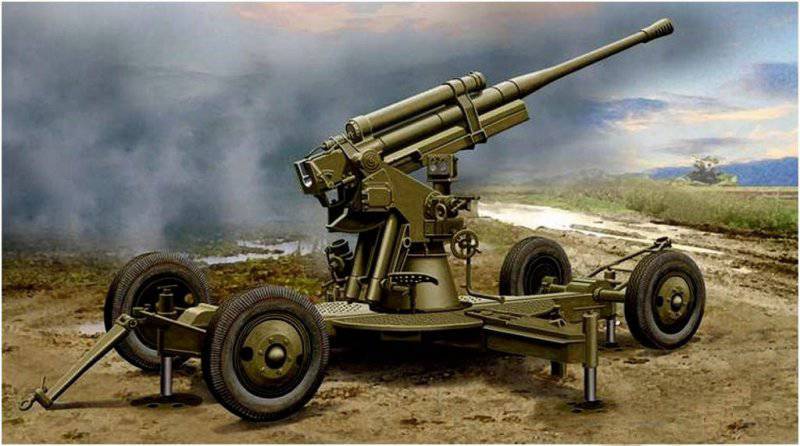 85-mm anti-aircraft gun 52-K. It was such guns that our anti-aircraft gunners destroyed German tanks. The task 52-K, which was unusual for anti-aircraft guns, was more successful than many anti-tank guns of those years. From the 100-meter distance, she punched 120-mm armor, and at the distance in 1000 meters she flashed 100-mm armor plate. With an armor-piercing shell attached to it, she could flash armor of all types of tanks that had been in service with the German army until the middle of 1943.

The group of General Kovalenko, without waiting for the approach of the tank corps, went on the offensive in the 18 hours of August 23. The 298 th rifle, 27 th guards divisions, having met the stubborn fire resistance of the Germans, could not advance, but the 35 th guards division of Major General Glazkov together with the 169 th tank brigade, commanded by Colonel Kodenetz, crushed the opposing team against opposing armies. 2 o'clock in the night 24 August broke into the area of ​​the Big Rossoshki, where she fought surrounded by the 87-I infantry division.

German units that broke through to the Volga were cut off from their troops. The Germans had to supply them with the help of airplanes and truck columns guarded by tanks. Loaded with wounded vehicles under the guise of tanks broke through the battle formations of the Russians in the direction of the Don. The wounded were handed over on the bridgehead and received food there. The vehicles escorted by the tanks returned to the hull. For many days, isolated from the main forces of the 6 Army, he led heavy defensive battles, occupying all-round defense. Only a week after the transfer of new infantry divisions to the bridgehead, it was possible to resume the offensive.

Ctrl Enter
Noticed oshЫbku Highlight text and press. Ctrl + Enter
We are
Breakthrough of the 6 of the German army to the northern outskirts of StalingradMyths of the Great Patriotic. Papier mache helmet
Military Reviewin Yandex News
Military Reviewin Google News
40 comments
Information
Dear reader, to leave comments on the publication, you must to register.