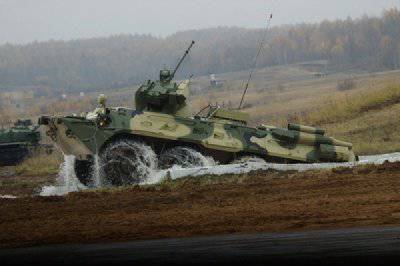 The French-Russian Analytical Center Observo presented the Russia-2013 report at the St. Petersburg International Economic Forum in June. It is addressed to investors from European countries who are interested in obtaining a real picture of what is happening in Russia - in the areas of the economy, foreign and domestic policy, in society.


AUTHORS REPORT, as President of the French-Russian Chamber of Commerce and Industry Emmanuel Kide and director of the French-Russian analytical center Observo emphasize in their address to the readers, they view the yearbook as a contribution to the overcoming of negative stereotypes and lack of information about each other by France and Russia, so that the barriers to the rapprochement between our countries and people were broken. ”

For Russian readers, the book is interesting primarily because it gives an idea of ​​how the Russian Federation and its policies are seen by French analysts. It is noteworthy that in the yearbook a separate section is devoted to the military policy of the Russian Federation and its Armed Forces. Its author, Isabelle Fakon, senior researcher at the Foundation for Strategic Studies (FRS), of course, “does not discover America,” but judging by the manner of presentation of the material, it does not set this ambitious task. Her material is benevolent in tone and contains fairly weighted estimates.

In the yearbook the opinion is expressed that the reform of the Armed Forces should provide Russia with a "smaller but more flexible and mobile army, which will be distinguished by increased combat readiness and quick response necessary to participate in regional conflicts and quell unrest." Under the suppression of unrest, I suppose, the expert understands peacekeeping operations.

According to her, “The Russian army seems to be embarking on the path chosen by the Western armed forces more than ten years ago in response to the growing number of operations involving various types of troops and often several countries.”

The author draws attention to the fact that in the Ground Forces "the main unit was the brigade, replacing the divisions and regiments, well equipped (with artillery, anti-aircraft, reconnaissance, communications, anti-tank weapons, etc.)." After the completion of the reform, new brigades equipped with modern military equipment, emphasizes Fakon, will be almost in constant combat readiness (permanent staffing on 95 - 100 percent). 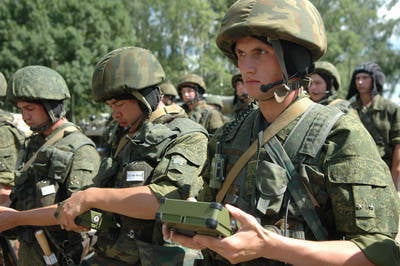 Such a brigade, in her words, “can be deployed in a day in any locality,” and the brigade commanders “will have personal freedom of action that has never been seen before in the Russian army.” It should be noted that all these are personal judgments of the French analyst, based on his acquaintance with materials available to her on the subject of military construction in Russia.

One of the key aspects of the reform, from the point of view of the French expert, is “restoring the balance within the officer corps, where the number of colonels and lieutenant colonels exceeded the number of junior officers”. In connection with the reduction of officers, she points out, the system of education and training of military personnel was rationalized, the number of military training institutes was reduced from 65 to 10.

The analyst believes that many of the functions previously performed by the army (“harvesting, food, construction, logistics, medicine”) were transferred to civilian organizations in order to improve the quality of combat training of draftees during one year of military service.

NOT ATTENTION The fact remains that over the past decade, the goals of hiring contract military personnel have changed several times - “as the authorities faced unsatisfactory results and were forced to increase the call again.”

The yearbook also touches upon the problem of the influence of the demographic situation in Russia on the size of the army. It is noted that “the number of Russian citizens of military age is declining today, and potential recruits have numerous opportunities to delay service in the army or are unsuitable for military service for health reasons.” Phakon cites the opinion of Western experts that in the Russian Federation it will be difficult to ensure the real strength of the Armed Forces of one million people by the year 2020, taking into account the financial and demographic capabilities of the country.

In addition, the analyst believes, “one-year service does not allow to give recruits adequate training that would increase the overall effectiveness of the armed forces.” Due to the current short life span, “the experience gained by recruits during the first year of service does not further benefit the army.”

The opinion of military expert Richard McDermott, who believes that "the reduction of officers was a mistake." According to him, “it would be strange to expect a high level of combat training from brigades consisting mainly of recruits who served 12 months.” In such conditions, McDermott writes, it becomes problematic to “try to equip new equipment or use the network-centric principles of warfare”.

In fact, the Russia-2013 report draws attention to the dependence of the army’s readiness on the quality of “human material”, which has long been known to both Western and domestic experts. Friedrich Engels, still forgotten today, wrote in the Anti-Dühring that “the whole organization of armies and the method of warfare used by them, and with it victories and defeats are dependent on material, i.e. economic, conditions: on human material and weaponstherefore from the quality and quantity of the population and from the equipment.

Developing the classics, it should be noted that in the 21st century, the quality of “human material” acquired particular importance, the flaws of which at the current level of military-technical development cannot be compensated either by an increase in demographic resources, or by money, or by the acquisition of new technologies ( at least in the next decade).

IN RUSSIA, Isabelle Fakon notes, taking into account the prevailing conditions, considerable efforts have been made to "upgrade military equipment", that is, to equip the army with new weapons and military equipment. The priorities set by the armament program (in addition to the strategic one), in the opinion of the French expert, fully correspond to the overall objectives of the military reform, which aims to create a "more decentralized and more mobile army." The emphasis is on multifunctional information control systems (C4ISR), according to which, according to Fakon, “Russia is constantly lagging behind” and on the acquisition of “a large number of cargo planes and helicopters.”

АВТОР The military section of the yearbook emphasizes that, until now, the military reform relied on stable state funding, despite the fact that it coincided with a period of economic crisis that forced Russia along with other countries to resort to fiscal austerity measures.

But, despite the significant increase in the cost of arms purchases over the past ten years, according to the French expert, "the upgrade of military equipment is progressing slowly." The reason, in her opinion, is the state of the defense industry, which “causes concern: the older generation retires, equipment becomes obsolete, corruption flourishes, the production cycle is violated, there is no adequate quality control”.

In part, unfortunately, this is true, and on this occasion authoritative Russian experts more than once sounded the alarm. However, it should be noted that recently vigorous measures have been taken to improve the situation in the defense-industrial complex of Russia and to improve the quality of the weapons produced. Thus, by decision of the new leadership of the Ministry of Defense of Russia, the system of military acceptance is being restored; under the Military-Industrial Commission under the Government of the Russian Federation, a special headquarters has been set up to monitor the legality of the actions of officials when executing state defense orders, it will be dismantled for each particular enterprise that uses counterfeit products.

IN CONCLUSION of her analysis, Isabelle Fakón, in fact opposing the critics of the reform in Russia, states that it is premature to draw final conclusions about the results of the reforms in the military sphere. The reform is focused on the 2020 year, she points out. Therefore, "there is nothing surprising in the fact that in the early stages of the reform, not all new brigades meet the requirements set."

The French expert, in essence, agrees with the opinion of those experts who consider it quite logical that the rapid and thorough restructuring of the Armed Forces "at first leads to failures and reduced operational capabilities." It is stated that the transformations carried out, in spite of everything, are "the basis for the gradual build-up of conventional forces over the course of four to five years, in particular, rapid deployment forces."

For the success of the planned transformations, according to Isabelle Fakon, it is necessary to create the appropriate conditions: “The financial commitments taken earlier must be met. The budget of the Ministry of Defense should increase further to ensure the planned increase in personal allowances and pensions for military personnel, improvement in conditions of service (which ultimately should lead to an increase in the number of contractors) and a final solution to the housing issue. This, in turn, is related to the problem of economic growth, the stability of oil prices, as well as the evolution of the political situation, which can highlight other government economic and social priorities. ”

The Russia-2013 report, as a final assessment of the Russian military reform, suggests that it can provide the Armed Forces “with the opportunity to react faster and more effectively to crisis situations arising in the border zones. In the event that relations with the West improve, some “elite” units of the Russian army under the Russian command may be able to take a more active part in international peacekeeping missions ... ”

These are the conclusions reached by the senior researcher at the French Foundation for Strategic Studies.

Ctrl Enter
Noticed oshЫbku Highlight text and press. Ctrl + Enter
We are
About Stalin and KhrushchevNikolay Silaev, Andrei Sushentsov: Georgia after the elections and prospects for Russian-Georgian relations
Military Reviewin Yandex News
Military Reviewin Google News
12 comments
Information
Dear reader, to leave comments on the publication, you must to register.