August 23 2013
83
Russianplanes.net published on the web resource taken on August 21, 2013 at the airport of OJSC MM Gromov Flight Research Institute in Zhukovsky near Moscow a photograph of another new two-seat multi-role fighter Su-30CM - aircraft with tail number 56 black . This is the fifth known built car of this type, and the third new in 2013 - in November 2012 by Irkutsk aviation the plant (which is part of the Irkut Corporation Corporation) handed over aircraft with black tail numbers "01" and "02", and in 2013, aircraft with black tail numbers "54" were already lit up (in May in Akhtubinsk) and "55" (in August in Zhukovsky). 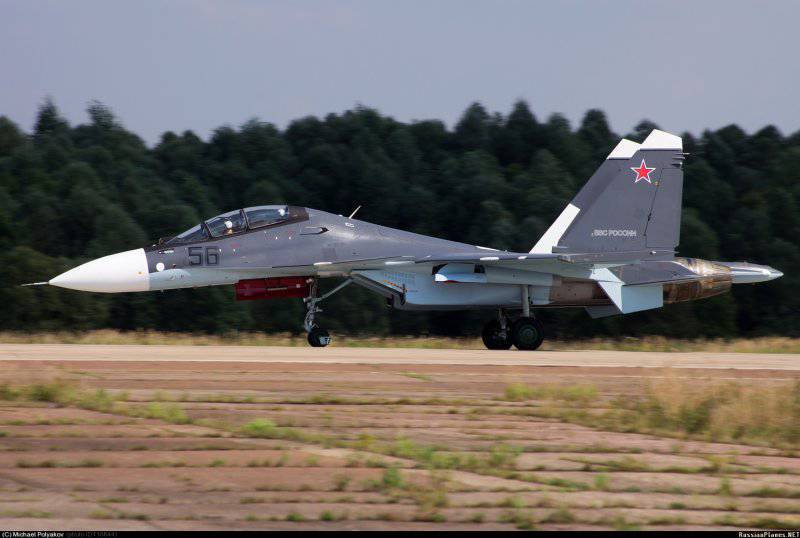 Ctrl Enter
Noticed oshЫbku Highlight text and press. Ctrl + Enter
We are
Su-30M arrived in Kazakhstan!New Su-30CM
83 comments
Information
Dear reader, to leave comments on the publication, you must to register.