Buynaksk militants found at home. The most influential field commander of Dagestan destroyed 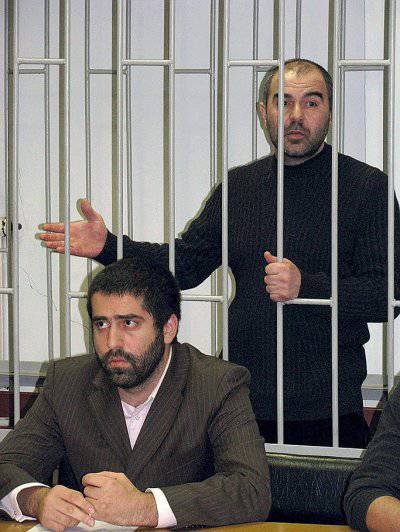 In the course of a special operation conducted yesterday by FSB and Interior Ministry officers in Buinaksk in Dagestan, at least nine militants were killed. The security forces do not name the names of the majority of the dead, because the procedure for digesting the debris and identification of the bodies already found continues, but it is already known that among them was one of the leaders of the republic’s armed underground, Bammatkhan Sheikhov, also known under the Arabic name Asadullah (Lev Allah).


Militants were blocked in the morning in a private house on Ostrovsky Street. The headquarters of the counterterrorist operation suggested that the resistance participants add up weapon and surrender, but they refused. In the course of the negotiations, it was possible, however, to withdraw from the besieged house a woman who was the wife of his master. He himself was only an accomplice of the militants, nevertheless, he preferred to stay with his comrades. Soon after, the security forces evacuated residents of neighboring houses, turned off gas and electricity in the area, and opened fire with heavy weapons around the house. During the shootout, two fighters of the Dagestan riot police were injured. Two more of their colleagues, according to the TFR, were injured in the explosion: they stumbled upon the so-called stretch.

When parsing the debris, the corpses of the owner of the house and eight militants were found. All of them, according to the National Anti-Terrorism Committee (NAC), were active participants in the Buinaksk sabotage and terrorist group. Despite the fact that the identification procedure was not officially completed, the security forces are confident that among those killed are Bammatkhan Sheikhov, the leader of the local gang, one of the most odious leaders of the armed underground not only in Dagestan, but also in the entire North Caucasus.

Bammatkhan Sheykhov was the closest associate of the leader of the Shariat group Rasul Makasharipov. In the summer of 2005, after its liquidation, the Sheikhs created their own brigade, Seyfullah, declaring as the enemy the number one then-Interior Minister of Dagestan, Adilgerei Magomedtagirov, who led the defeat of Shari'ah.

It was assumed that it was Sheikhov in August 2006 (then the city prosecutor Bitar Bitar was killed in Buynaksk, and the minister who went to the scene of the incident was also tried to blow up) and in February 2007 organized the assassination of General Magomedtagirov. Together with the leader of the militants acted one of his deputies - Khizri Mamaev. Last and eight more militants involved in the assassination, the special forces destroyed 12 on November 2007 of the year in Makhachkala. It was the backbone of the group "Seyfullah" ("Sword of Allah"). In addition to the attacks on the minister, they were also involved in dozens of murders of the military and police. In particular, it was they who committed the terrorist attack in Kizilyurt in July 2007, blowing up six policemen on the sports field of N7 secondary school.

Interestingly, Sheikhov himself, who, as Minister Magomedtagirov said, "planned to become the amir of all Dagestani militants and unite all sabotage and terrorist groups operating in the republic under his command," was taken without a fight.

In December 2007, the security forces blocked the village of Gimry, which, according to operational data, Sheikhs left for the winter with his gang. Employees of the Ministry of Internal Affairs and the Federal Security Service literally checked every house, but it was never found. Sheikhov surrendered only in February 2008, after long negotiations under the guarantee of Minister Magomedtagirov, that he would be released “if there is no blood on him”. Voluntary surrender of one of the leaders of the bandit underground in stories confrontation between security officials and extremists was a unique case.

In October 2008, the Supreme Court of Dagestan, having dropped most of the charges against Sheikhov, nevertheless sent him to a colony for three years. Coming out of there early in March 2010, Amir Asadullah lived for six months at home, and then, according to security officials, at the insistence of his wife, he returned to the forest again.

The NAC reported that it was suspected of organizing at least two dozen terrorist crimes committed in recent years. Among them, the attack on the suicide bomber at the Dalniy military range in September, 2010, stands alone. As a result, three soldiers were killed, and even more 30 were injured. There could be more casualties, but the terrorists ’car was blocked by a military truck; moreover, according to some information, only one of the bombs worked. In March last year, the Buynaksk militants organized another high-profile crime, blowing up in the center of Buynaksk a famous Islamic scholar, the imam of the central mosque of Gitinomagomed Abdulgapurov and his guard, who were going to the morning prayer.

Among other crimes of the Asadulla group are bomb explosions in shops, banks and other places of mass stay of people, at transport and communication objects. In particular, on the gang account are recent explosions near the branch of the Russian Agricultural Bank in Buinaksk and several pledged improvised explosive devices near the office and the house where the head of the local branch of the bank lives. As reported by the NAC, the involvement of the Buynakos gangster and the killings of police officers, attacks on military targets was established.

According to NAC, the son of Bammatkhan Sheikhov, Gadzhimurad, was killed at the beginning of 2008 during a special operation on Engels Street in Makhachkala. During yesterday's special operation in Buinaksk, according to preliminary information, Seyfulla's cousin Amirkhan was also liquidated.

According to a law enforcement source, Bammatkhan Sheikhov was considered not only the leader of the bandit underground, but also one of the main “flash drives” of Dagestan (militants tend to send videotapes with threats and demands to pay tribute to jihad on flash cards). Operatives are also aware of the case when one of the leaders of the underground underground, the leader of the Gubden group, Taimaskhan Taymasov, became the object of extortion. Other “amirs” had large financial claims to him: from the liquidated leader of the “vilayat Dagestan” Ibrahimkhalil Daudov Taymasov (Tyson) went to the insurgents' ticket office, and Bammatkhan Sheikhov sent Tyson a “black mark”, demanding that 15 million rubles due to his group be issued.

The group of Bammatkhan Sheikhov, according to the latest data of the security forces, included about three dozen militants. The core of the group was destroyed during the operation on Ostrovsky Street.