New Chinese aircraft carrier will be equipped with a catapult 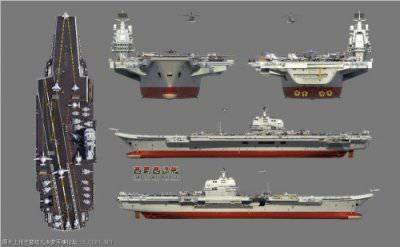 Chinese expert Du Wenlong said that the new Chinese aircraft carrier should be equipped with a catapult for taking off aircraft, but it is necessary to decide which one - steam or electromagnetic, mil.news.sina.com.cn. informs today.


When aviation entered the jet era, steam catapults appeared on large aircraft carriers since the 1950s, which for many decades have become an integral part of the construction of ships of this class. On American conventional and nuclear aircraft carriers appeared steam ejection systems C7, C13 and others. Since the late 1980s in the USA, Westinghouse began developing a fundamentally new electromagnetic catapult for the new generation of aircraft carriers Ford (EMALS - Electromagnetic Aircraft Launch System (EMP) - approx. “VP”).

More importantly, the electromagnetic catapult has the flexibility of application, that is, it is possible to adjust the power that is needed to launch aircraft of different weight class. The expert drew attention to the fact that an electromagnetic catapult, by reducing or, conversely, increasing the amount of energy supplied, can launch aircraft (airplanes and drones) weighing from 4,5 to 45, regulates the launch speed from 100 to 370 km / h, which in the case of need allows you to create a comfortable environment for the ejection of the pilot. “Steam catapults are likely to be too powerful for launching light drone, and after all, different types of UAVs will soon become an important element of the aircraft carrier fleet,” said the expert.

PLA Navy expert Li Jie believes that it is unknown what type of catapult the first aircraft carrier of the national construction will be equipped with, but the catapult on this ship will be necessary. “It depends on the level of our technologies. If we develop a good steam catapult, there will be a steam one, but if we make significant progress in the development of electromagnetic, we just need a step to get to it, ”said the expert.

Some media reported that the new Chinese aircraft carrier is being built on the basis of Liaonin’s technology (ex-Varyag) and is a further development of it, but in its final form it will be similar to the Soviet nuclear aircraft carrier Ulyanovsk.