The peaceful atom of Hassan Rouhani 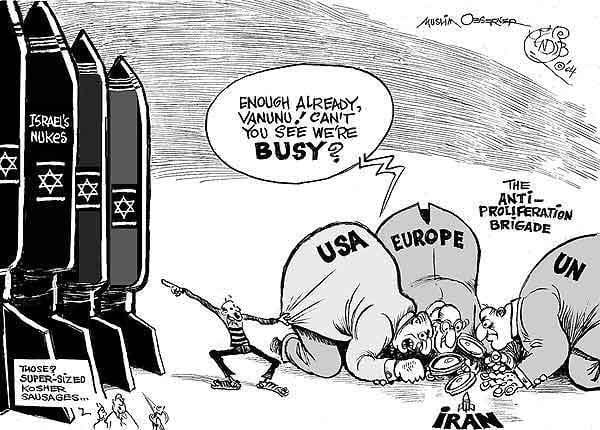 Previously, the new president of the Islamic Republic of Iran, Hassan Rouhani, announced future negotiations with various countries, including Russia, on the construction of new nuclear power plants with a view to developing peaceful energy in the country.

Russia did not comment on Ali Akbara Salehi’s statement. Earlier, some Russian analysts expressed doubts about the solvency of Iran, strangled by sanctions.

Nevertheless, the very fact of the statement of the Ministry of Foreign Affairs of Iran should be regarded as marking the line of President Rouhani: the course for a peaceful atom. And the thoughtful course - concealed by Russia. It remains only for Moscow to agree ...

In parallel, the new Iranian administration proves its peaceful intentions by striving for negotiations on the so-called “nuclear issue”.

As transmits RIA News"Tehran positively accepted the proposal to again hold in Kazakhstan a round of talks with the “six” intermediary countries. This was announced recently by the Deputy Minister of Foreign Affairs of Kazakhstan, Kairat Sarybai.

In Astana, at the briefing of the central communications service under the President, Sarybay said: “Kazakhstan intends to continue to provide its logistics services. If necessary, we are ready to contribute more deeply to the negotiation process. Our wish was perceived by the Iranian side very positively. We expect that the process of forming the government of Iran will now be completed, after which the international "six" will determine a new meeting place. "

RIA "News»Notes that Kazakhstan has declared its readiness to provide a platform for negotiations at the meeting of Nursultan Nazarbayev with Hasan Rouhani in Tehran on the occasion of the inauguration.

Another parallel line emphasizing the democratic and at the same time reform aspirations of the new Iranian leader is the appointment for the first time to stories Islamic Republic of women for the post of vice president. Elham Amin-zade became the Vice-President for Legal Affairs of the Islamic Republic of Iran. The West must evaluate this decision.

The media flashed and reports about Tehran’s interest in direct negotiations with the United States. As passed 9tv.co.il With reference to The New York Times, Iraqi Prime Minister Nouri al-Maliki told the US authorities that Tehran is interested in holding direct talks with Washington. The theme is a national nuclear program. Al-Maliki said this at a meeting with the US ambassador in Baghdad, making it clear that he was in contact with the agents of Ayatollah Ali Khamenei. Name he did not name.

Finally, the next line, which goes somewhat apart, but also adjacent to Rouhani’s policy.

How 9 Aug passed "BBC"More than fifty political prisoners in the Islamic Republic of Iran, through the British newspaper The Guardian, appealed to the US president to lift the sanctions against Tehran. According to them, the sanctions have become a collective punishment for the Iranian people.

The authors of the letter argue that the election of Rouhani to the presidency means that the time has come for a "new era of understanding."

It is noteworthy that the keynotes of the Iranian opposition were signed by the appeal: for example, reformist politician Mohsen Aminzade and Faezekh Hashemi (daughter of former president Hashemi Rafsanjani).

According to the authors of the letter, Iran’s nuclear program has become a “dangerous competition” with the United States, undermining mutual trust. President Rouhani imprisoned opposition called a strong supporter of the dialogue. “In our opinion, during the reign of this government, we may have the last chance to find a reasonable and acceptable solution for all parties,” the text says.

Meanwhile, the White House from 1 August introduced additional sanctions against Iran, providing for the reduction of Iranian oil exports by another million barrels per day during the year.

According to Andrey Ivanov ("Free press"), behind the nuclear program of Tehran are plans for a new repartition of the world. The American Institute of Science and International Security predicted that by the middle of 2014, Iran would have enough uranium to create nuclear weapons. To prevent this, INMB advises the United States and Israel to deliver a preemptive strike.

“I think Iran already has nuclear weapons. Actually, this is why no one touches this country. Everyone understands that it is impossible to touch a nuclear power. Everyone talks about uranium enrichment, but they seem to have forgotten that the bomb is made from plutonium. And to obtain plutonium, Iran has the necessary uranium reserves on its own territory. <…>

The point is that the plutonium bomb cannot be carried anywhere: radiation emanates from it, which is noticeable to everyone. Uranus is “pure” in this respect. From it you can even make jewelry, gold-plated, and calmly send it abroad.

And Iran seems to have a plutonium bomb for a long time. The bomb has long been in Pakistan and the DPRK. A question on intelligence: with modern technology, couldn’t Iran do the same? But the bomb from uranium-235 is really scary, it can be called "terrorist".

The expert points to the danger of the “Sakharov scenario”, because of which “there was no nuclear war in the second half of the XX century”.

A huge bomb is transported to the coast of the enemy on any ship, lowered into the water and explodes. Then a tsunami wave covers the coastal cities. All states are afraid of this kind of nuclear terrorism, including the United States, all the more so since the main cities and industrial centers are located on the coast.

At the same time, the technology of uranium separation is very complicated, the expert notes, and a huge number of centrifuges are required. But plutonium can be accumulated in any reactor that is easy to hide. According to I. Ostretsov, anyone who wants this plutonium bombs has it.

Orientalist-Iranian Vladimir Sazhin does not believe that Iran will make a bomb. No, he will only “create the infrastructure for its manufacture”. Germany, Japan, Canada, Argentina, Brazil, the Netherlands have a similar level. None of them will make a bomb, but will be able to do if a corresponding political decision is made.

Director of the Center for Geopolitical Expertise Valery Korovin believes that "the main terrorist on the planet is the state of the United States of America." Iran’s nuclear program should be seen as a deterrent to the aggressor. In addition, Iran is trying to protect itself from "color" revolutions.

P. David Hornik (FrontPage Mag) notes that in the past two months, Iran has installed 7000 new centrifuges, which should mean rapid progress, even a breakthrough in building nuclear potential. The author has in mind to obtain weapons-grade plutonium. Against this background, Rouhani, the journalist laughs ironically, is considered "moderate." To negotiate with him, he writes, is more than useless: they will simply allow Tehran to gain time.

The author recalls that “moderate” is a longtime student of Ayatollah Khomeini.

And now the “moderate” appointed new Minister of Defense of Iran Hossein Dehgan. This man, says the analyst, referring to the information of the retired brigadier general, Dr. Shimon Shapira, now a researcher at the Jerusalem Center for Public Relations, made a career in the Revolutionary Guard (Revolutionary Guard; the author refers to the Islamic Revolution Guard Corps), where he coordinated Mullah regime. He was sent to Lebanon in the summer of 1982 of the year. His tasks there included building up Hezbollah’s military force. As a result, he became the commander of the contingent of the Revolutionary Guard in Lebanon.

Hornik asks: how long will the West be mistaken about Iran?

Undoubtedly, the author of the material voiced a position close to the position of Israeli Prime Minister Netanyahu, famous for his theses on the “red lines”.

Hornik seems to be mistaken. The West is not so much mistaken about Iran’s plans, as it is retreating from the Middle East. The “Arab Spring” not only did not bring dividends to the US and the EU, but, on the contrary, collapsed Washington’s already shaky reputation in geopolitics. Having once won the Cold War at the Soviets, the United States plunged into the “Arab Spring” (the beginning of which, by the way, can be counted from the NATO intervention in Yugoslavia). In addition, the United States and the EU quite successfully put pressure on Iran with sanctions, and President Rouhani will have to make concessions to the West. We will probably hear about these concessions after the meeting in Kazakhstan.

Observed and translated by Oleg Chuvakin
- especially for topwar.ru
Ctrl Enter
Noticed a mistake Highlight text and press. Ctrl + Enter
We are
Is perestroika coming up in Iran?New Iranian President Hassan Rouhani: A Beacon of Liberalism or the “Golden Mean”?
22 comments
Information
Dear reader, to leave comments on the publication, you must to register.