August 14 2013
37
Encouraging oppositionists in Syria — the very fighters for democracy and human rights that no-no and even appear under the green banner — the United States supplies them not only with “non-lethal equipment,” communications equipment, but, as is known, with weapons. All this is planned and done under the emblem of the CIA. More than once in the media there were reports that with the US weapons fighters from Dzhebhat an-Nusra and other branches of al-Qaida are fighting in their hands. No matter how the West and the Saudis strive to arm the "true democrats," for some reason, machine guns and rifles turn out to be bearded men. Some of these bearded men, prone to radical Islam, have arrived in Syrian cities from EU countries. With the defeat of the Islamist forces or at the end of the jihad holidays, they will return to their Stockholm, Brussels and London and will be engaged in the introduction of the basics of Sharia in the "homeland". That is why not so long ago, British Prime Minister Cameron refused to arm the "oppositionists" in Syria, noting that there are supposedly many different kinds of warfare. As for the United States, al-Qaeda has long promised to attack Washington - as soon as it establishes power in Damascus. But the United States, as you know, ignition later. And yet the other day, suddenly, “More clearly saw the light” of Mr. Morell - the former first deputy director of the CIA, who resigned and received it on August 9. 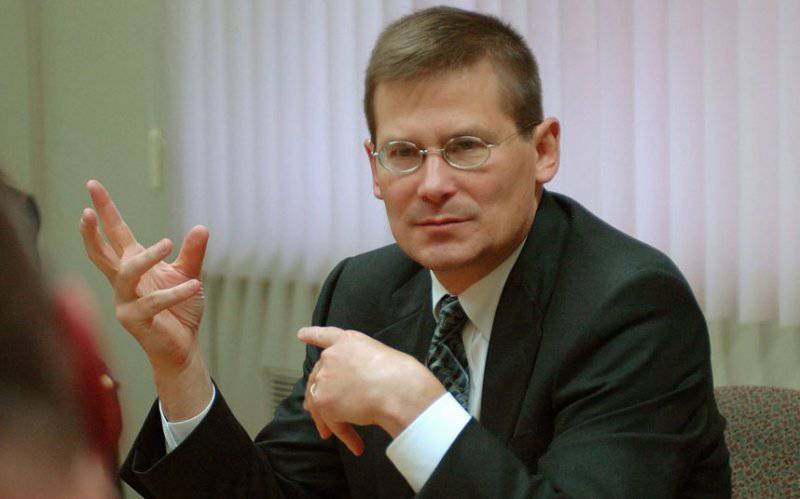 This man, who worked at the CIA for thirty-three years, recently gave an interview to the Wall Street Journal and stated bluntly: the fall of Assad would pose a threat to the national security of the United States. The cause of the threat is the increase in Syria of the number of mercenaries fighting under the flags of Al-Qaida.

The former deputy director of the CIA explained to a magazine correspondent that the “regime” of Assad has chemical weapons. Yes, and other types of weapons from him - at the level. And a lot of them. If terrorist fighters take possession of all this, Syria will become a “refuge”, a base for them, where they will both recuperate and strengthen. The victory of al-Qaida, of course, will cause a number of major problems for the United States.

It is curious that it was the representative of the CIA who spoke about the problems for the United States, and he was very experienced and high-ranking. Who, if not him, is aware of who fattens the fat meadows of terrorism in Syria? On the other hand, tseerushniki such rank rarely differ talkativeness in the air. (Well, here, really, we are dealing with a retiree).

It is also interesting that the interview appeared just now, when the whole world already knows about Islamist militants and cannibals in Syria. In the US Congress, there are not only the so-called "hawks" - supporters of the weapons of the Syrian "opposition" like McCain and Graham - but also relatively peaceful people who do not want to arm the bandits and notorious thugs. It may well be that the White House, which, under Obama, is pursuing setbacks, made an indirect attempt to save face and withdraw from the Syrian operation.

Expert opinions about the "insight" of Mr. Morell in the media are very different. Some of them publishes "Voice of Russia".

Polish politician, Dr. Mateusz Piskorski believes that the situation in Syria is a threat to all European countries. The fact that al-Qaeda-related groups operate there reduces the security of the United States. The politician cites the example of a case with American diplomats in Benghazi. Americans create threats to themselves, he said.

Piskorsky also notes that Russia is the only European country that enjoys great respect both among the political elite and in the civilian environment of Syria. But the US government due to the policies of recent years has lost credibility in the Middle East.

Well-known political scientist Tieri Meisan believes that the United States is now shifting the center of geostrategic interests towards Egypt. After the destruction of Afghanistan, Iraq and Syria, they will try to wreak havoc in Egypt.

States, the analyst believes, today "lost on all fronts." Al-Qaeda, created by them, is completely out of control, "forcing Washington to decide to withdraw its ambassadors from more than 19 countries of the Middle East and two countries of the Persian Gulf." The political analyst claims that the States lost not only the economic war, but also the information war.

As for Mr. Morell’s own statement, member of the National Media Council in Lebanon, Director of the Center for Strategic Studies “New East” Galeb Kandil spoke about it. According to him, the United States fell into the pit, which they prepared for the countries of the Middle East. Morella's statement is just a new distracting American maneuver. The White House finally saw that Assad, with the support of the Syrian people, was able to resist. Two years ago, the West wanted to set up the population of Syria against the government, and in the end the Syrian people rallied closer to the country's leadership. The United States simply does not have time to develop methods of political attacks. The Morella interview is ridiculous and deceitful, the analyst believes. In fact, this is “the last attempts at least to do something before a retreat.”

Director of the Jaffa Research Center in Cairo Saif Ahmed Rifat said in an interview with the Voice of Russia:

“It is necessary to treat the Morell statement very carefully, as world leaders, as well as experts and analysts. This statement may have some kind of “double bottom”, since such a fundamental change in the position of the United States is necessarily due to something. So, they conceived something. For more than 50 years, the United States has been making redistribution plans in the Middle East, and in particular this applies to Syria. The US administration cannot suddenly change its decision in two days and abandon its multi-year plans. If they suddenly began to worry about the fate of Syria and its people, they would stop financing the terrorists and supply them with weapons. In this case, the United States would immediately put pressure on Qatar and Saudi Arabia to stop the information war against Syria and stop the recruitment of fighters. After such a declaration, Turkey should have mobilized its border troops to prevent the infiltration of terrorists into Syria. But nothing like this happens. US interests in the Middle East are not about worrying about the safety of its people. In addition, all the US concerns about certain countries in which it intervened, allegedly to save them from the dictatorship, boiled down to one thing - after the conflicts ended, the United States had access to even larger oil reserves and their delivery routes. Russia's influence in the region is great now, and this does not allow the United States to carry out their plans. ”

José Vargas, political scientist and president of the Association of the Victims of Terrorism of Catalonia, believes that Michael Morell’s statement means: the United States is beginning to recognize the fallacy of its position on the conflict in Syria. “Assisting the Syrian opposition is the same thing as putting out gas with gas,” the expert says.

Russian orientalist Vyacheslav Matuzov says that Michael Morell, in essence, voiced the position of the Russian Federation in recent years. The statement that the fall of the Syrian regime will pose a threat to US national security should not be underestimated. Most likely, explains the orientalist, the interview taken from Morell is nothing more than a politically played statement: he was “put on the mouth of the outgoing CIA head in order to explain the possible zigzags, possible changes in the American position, in her approaches to to solve the Syrian crisis. "

In an interview with Golos Rossii, Bruce Fein, a lawyer for Father Snowden, said that the actions of the United States in third countries often turn against themselves:

“We saw what happened in Libya after the overthrow of Gaddafi. All weapons were in the hands of al-Qaida. Perhaps some of these weapons were used in the attack on the US consulate and in the assassination of the American ambassador to Benghazi. But much more serious is that the United States creates enemies and adversaries all over the world. When you interfere in the affairs of other states, you create thousands of new enemies for yourself. Determining the fate of the Syrians is not the United States, but the Syrians themselves. And then the US will not have to worry about possible retaliatory strikes or attacks on Americans by foreign citizens. ”

Jason Dietz, author of the popular site Antiwar.com, notes that the statement made by Morell is a problem for US officials. After all, the White House administration is ready to arm the militants who openly cooperate with Al-Qaida, whose goal is to dislodge Assad. Dietz focuses on the fact that Morell warned: the fall of Assad is fraught with not only the proliferation of weapons of mass destruction, but also the spread of violence in Lebanon, Jordan and Iraq.

The author notes that Morell, who did not comment on US policy as a whole, said a lot of things, but dropped one thing: President Obama could not cope with the situation.

Obama’s fiasco in the conflict in Syria will be seen as the biggest foreign policy failure. (Another failure, Champion considers the "monumental error" of George W. Bush with the invasion of Iraq).

One cannot say, the analyst notes, that Senator McCain was right in his desire to carry out the Libyan scenario in Syria.

Syria has never had “good choices” for the United States, but Obama had to follow the advice of the hosts of the Pentagon, the CIA and the State Department. These people last year recommended arming the Free Syrian Army in order to strengthen those forces on the battlefield, whose activities were as compatible as possible with US targets.

The risk of an operation in Syria, the analyst believes, would have much more reflected on the interests of the United States than the operation in Afghanistan, given the borders of Syria with Iraq, Israel, Jordan, Lebanon and Turkey. This is not to mention the stocks of "unconventional" weapons, and conventional weapons.

In addition, with military intervention, Obama is clearly late. "Window" in the tape of events, probably closed, the journalist writes.

That's so unflattering for Obama. What kind of planning there ...

Thus, the “enlightened” Mr. Morell, most likely, not only demonstrates to the world community the lack of clear Syrian plans for the US administration, but also between the lines gives the reader a characteristic of the failed foreign policy of Barack Obama.