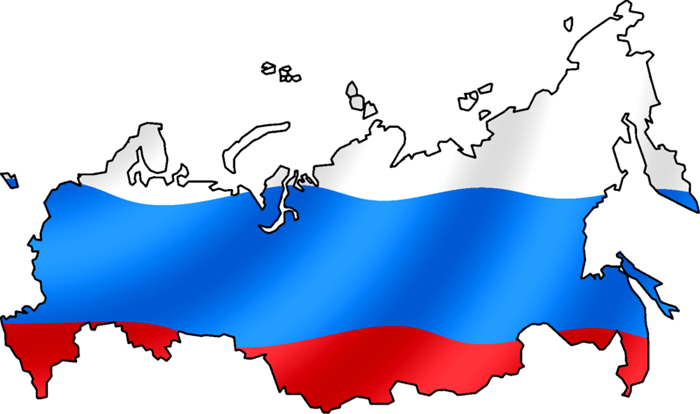 
An analysis of the geopolitical transformations of the end of the 20th and the beginning of the 21st centuries shows that the internal upheavals of states of different scale lay at their core. The collapse of the Warsaw Pact was preceded by a series of revolutions in several countries of the socialist camp. Similar in nature were the events in the Soviet Union. After a series of inspired large-scale protests of the population against the existing government, the inept attempt of the Emergency Committee to prevent the destruction of the USSR became only a catalyst for its collapse. Subsequently, a series of “color and flower revolutions” took place in the post-Soviet space, somewhere successful (for example, in Georgia), and somewhere not. Yugoslavia collapsed in a similar scenario. Finally, the Arab Spring struck, which has already clearly demonstrated: external directors are behind these formally spontaneous revolutionary events.

All these events, which radically redrew the geopolitical picture of the world over the past 30 years, have a lot of similarities. The first of them - they all began in formally prosperous countries with stable regimes, either suddenly, from the most insignificant cause, or after a relatively short “threatened period”, unlike the revolutionary events of the beginning of the 20th century, which took place against the background of the most severe trials of the First World War, this was preceded by an increase in social tensions.

The second distinctive feature is a lightning positive reaction to these events from the leading Western countries, expressing full support for the revolutionary forces and demands to the current government to stop the violence, in some cases accompanied by threats to use military force.

The third important feature is the practical uniformity of the scenario, which consists in the fact that the reason for the mass demonstrations was incomparably insignificant events against them against the background of a generally stable situation in the country and often a very high standard of living of the population. Previously, to initiate such events, larger prepositions were required.

All this suggests that the organizers of such coups in modern conditions rely on a well-developed theory that has effectively proved itself in practice.

This is the theory of controlled chaos.

Essence of the theory

A key role in the development of the theory of controlled chaos was played by Gene Sharp, who created the work “From Dictatorship to Democracy. 198 ways to fight ", which became a textbook for" color revolutionaries. "

The most actively managed chaos theory began to be developed in the USA from the beginning of the 80s of the 20th century, where the Santa Fe Institute of Interdisciplinary Research, specializing in its development, was created in 1984. Already in 1992, Steve Mann spoke at the conference of this institute with the report “Chaos Theory and Strategic Thought”, in which he outlined the initial positions of the new geopolitical concept of conquering supremacy, based on the methods of randomizing the opposing state.

The methodological basis of this theory consists of the most intensively developing at present such mathematical disciplines as the theory of nonlinear dynamic systems, the theory of catastrophes, theories describing various random processes and the mathematical theory of chaos itself.

These theories investigate the behavior of complex non-linear dynamical systems that have a higher dimension and that have at least one point of unstable equilibrium. Moreover, the system should be sensitive to the initial conditions. This means the possibility of significant changes in the trajectories of the development of the system with small changes in the initial conditions.

A smooth change in the state of a social system under the influence of external and internal factors, even accompanied by a change in its structure, corresponds to the evolutionary development of this system.

The bifurcation transition, inevitably accompanied by a radical change in the structure of the social system, is a revolution.

The theory of controlled chaos explores how to bring the system to a bifurcation point and make this bifurcation transition in the desired direction, that is, to manage the chaotic process of such a transition.

How to create chaos

In order to form a bifurcation state and make a controlled bifurcation transition, it is necessary to fulfill certain conditions.

First, to know, with a high degree of detail, the initial and current state of the social system in the process of its development under the controlling influence at the stage of the evolutionary leading of this system to the bifurcation point.

Secondly, to have enough time and opportunities to bring the system into a bifurcation state.

Thirdly, to be able to accurately identify possible variants of stable states at the bifurcation point.

Fourth, to reveal, at least in a general form, the mechanisms for resolving bifurcation, effective mechanisms, methods and means of influencing this system during this period.

Fifth, to have available in sufficient quantity the means of controlling the development of the system for the realization of control actions.

Sixth, to be able to predict with sufficient accuracy the results of the control of bifurcation.

Realization of all these conditions, with the exception of the second and the fifth, is possible only if there is a highly efficient system for collecting information on the state of the social system, which allows updating the information with sufficient to control the process of completeness and accuracy in real time.

An analysis of the nature of the revolutionary events in the countries of the socialist camp, the Middle East and North Africa suggests that at least the first four conditions for organizing a successful revolutionary explosion were fulfilled.

The preparation of revolutions in almost all countries had a relatively standard character. At the same time, special attention was paid to ideological and organizational issues.

The ideological core almost everywhere was the idea of ​​creating a liberal democracy and the development of market relations and reforms while simultaneously supplanting traditional values ​​and de-ideologizing society. At the same time, much attention was paid to raising the living standards of the population and especially the elites, which generated, on the one hand, increased social demands from the population, and on the other, the desire of the elites to further enrich themselves at the expense of the country's inhabitants.

In organizational terms, the key tasks were uniting at a critical moment separate political forces opposing the existing government, undermining the leadership’s confidence in the forces and loyalty of the security forces, direct destabilization of the situation in the country, spreading protest moods, attracting criminal elements, creating and developing panic moods mistrust of the population to power structures at all levels, the actual organization of the change of power through democratic elections or with using force, including military insurrection.

However, as experience has shown, in particular the “Arab spring”, after the overthrow of the current government, the organizers of the revolution did not always succeed in launching a bifurcation in the desired direction.

Very often, as a result of a revolution, it was not those who the organizers wanted that that came to power.

After mass revolutionary actions with an active and sometimes decisive participation of the population in them, a radical reorganization of the entire social structure of society took place.

The system of social contradictions was changing due to the elimination of previous clans from power, a partial change in the system of social relations, a change in the spiritual foundations of society, and a slight decrease in the level of property inequality. The structure of the new government turned out to come from those sections of the population who had previously been removed from power, as a rule, independent of the West.

The agency of influence that was previously introduced lost its ability to control the development of events, in particular, due to the fact that its part that was introduced into the structures of overthrown power lost both influence and authority.

Finally, the pace of development of the situation with the existing methods of collecting information on the state of the social environment practically excluded the possibility of tracking it in real time, which led to the adoption of wrong decisions.

Under these conditions, it becomes almost impossible to provide precise control in the bifurcation zone and events are already developing outside the scenario of the organizers of the revolution.

An exception can be only in the case when a third force intervenes in the events, in potential exceeding all the players of the “revolutionary field”. Then this force determines the outcome of the revolutionary process. However, after the termination of its participation in it, the likelihood of a resumption of post-revolutionary chaos with the occurrence of unpredictable outcomes is high. For example, this was the case in Libya, when NATO intervention allowed the overthrow of the regime of Muammar Gaddafi. But with the withdrawal of alliance troops from Libya, the opposition of Western liberals and Islamists resumed, which could be resolved in favor of the latter in the near future.

An analysis of the essence of the chaos control mechanism shows that more or less reliable management of social changes in society is possible only in the case of top coups, when the masses of the population do not participate in them or their participation is limited to the role of statisticians.

Examples of such options are the revolutionary events in Georgia (bringing Saakashvili to power) and Ukraine (Yushchenko’s rise to power).

Russia in the bifurcation zone

The current situation in Russia can be described as favorable for controlling chaos. In fact, we are already near the point of social bifurcation. For this, we have almost all of the above set of conditions.

The situation is aggravated by the fact that our business elite, who have created their fortunes overwhelmingly by criminal means, are perceived by an absolute majority of the country's population as a purely hostile community, both to an individual and to the country as a whole.

However, even the majority of the country's population has little sympathy for the “swamp” opposition advertised in the media - it is based on Western liberals, those who destroyed the state in 90.

Therefore, it will be very risky for organizers of revolutions to arrange another bifurcation in Russia. The current government will not leave without a fight. It is obvious. The risks of losing everything are too high. Suffice it to recall the threats voiced against Vladimir Putin by some US senators are highly influential.

Liberal opposition without mass support does not do anything.

The inclusion of the masses of the Russian population in the revolutionary process will immediately translate it into an uncontrollable phase for its organizers. As a result, those who they would like to see will come to power.

However, taking into account the criticality of the global situation for the West, it must be assumed that the search for a way to organize a liberal revolution in Russia with the aim of changing the government will continue.

Therefore, the leaders of our country need to take urgent measures to prevent it - moving away from the point of social bifurcation.

Among some priority measures in this direction are the following: