August 5 2013
136
The terrorist alarm announced by the United States on Friday continues. Embassies and consulates of the United States in nineteen states will not work until 10 August. Moreover, new points have appeared in the former list of states. At the same time, American military units in Italy, Spain and in the Red Sea area (marines) are on high alert. The media write that the cause of the alarm - some intercepted al-Qaeda messages. Moreover, 3 August announced Interpol about a global security threat. This announcement has caused mass escapes from prisons in Iraq, Libya and Pakistan: hundreds of terrorists have escaped to freedom. Al Qaeda is suspected of organizing escapes. 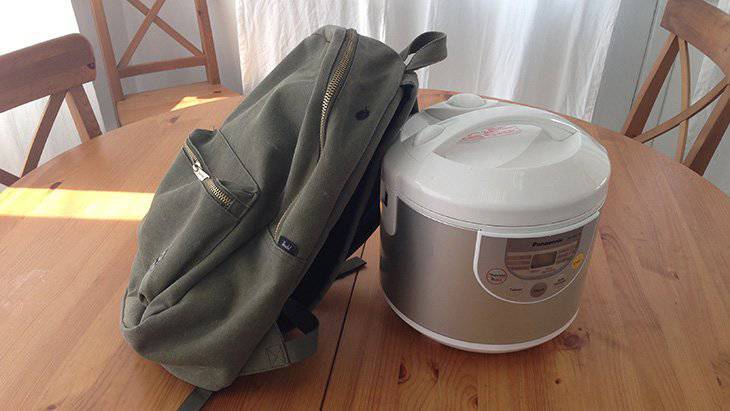 On August 2, it was reported that next Sunday (i.e. August 4) many US diplomatic missions would be closed for security reasons. This was stated by the US Department of State. The official statement did not indicate which embassies and consulates would not work, writes newsru.co.il.

However, CBS reported that it is planned to close embassies and consulates in Israel, Bahrain, Egypt, Kuwait, Iraq, Libya, Oman, Qatar, Saudi Arabia, UAE, Yemen, Afghanistan and Bangladesh for one day. According to the channel, the reason for this step lies in the information about the plans of Al-Qaida to commit a terrorist attack against American diplomats in the Middle Eastern and North African countries.

The fact is that on Sunday night Muslims celebrated the Night of Power (Leil al-Qadr).

As transmits correspondent RIA "Novosti" Alexey BogdanovskyOn Sunday, US officials reported that the announced terrorist threat is still in effect. According to the Department of State, ten diplomatic missions will open on Monday, but 19 embassies and consulates will not work until August 10. This was reported by the representative of the US State Department Jen psaki. She clarified that we are not talking about new threats, but about the continuation of previously taken precautions to protect State Department employees, local citizens and visitors to embassies.

Psaki said that there are new points in the list of embassies closing before 10 in August.

CNN broadcasted yesterday that the US Marine Corps Rapid Response Units in Spain, Italy and the Red Sea were on high alert. The reason for this was the al-Qaeda negotiations intercepted by the secret services.

The congressmen, whom the special services dedicated to the details of the reports, assured that the threat was real. The head of the national security committee of the House of Representatives, Michael McCall, said: "This is obviously one of the most specific and credible threats that I have probably seen since September 11 (2001)." “There is a significant flow of threats, we are responding to them,” General Martin Dempsey, chairman of the Joint Chiefs of Staff, said in an interview with ABC. He believes that terrorists can attack not only the United States, but also other Western countries.

American intelligence agencies are concerned about the alarm, including the end of the holy month of Ramadan.

How is the channel "RT" With reference to France-Presse, in connection with the threats of terrorist attacks and a series of escapes from prisons in Iraq, Libya and Pakistan, which Al-Qaeda is suspected of organizing, Interpol announced a global security threat.

The international criminal police organization is now investigating whether the shoots are connected to each other.

"Lenta.ru" referring to the same source, it clarifies that Interpol announced a global security threat on 3 August.

As a result of the shoots, hundreds of terrorists and other criminals have been released in the last month. Interpol called on its member countries to help investigate these events.

Interpol’s warning was issued after the United States, the United Kingdom, Germany and France announced their intention on August 4 to suspend the work of a number of their diplomatic missions. The authorities of Great Britain and France reported on the closure of their embassies in Yemen on 4 and 5 in August.

As for the US Department of State, on August 2, he urged citizens of the country to be especially vigilant when traveling around the world throughout August in connection with information about Al-Qaida’s possible intentions to commit a terrorist attack. The US Foreign Office called the high-risk zone the Middle East and North Africa.

"Tape" reminds that Taliban militants 30 July was released from prison in Dera Ismail Khan (Pakistan) around 300 prisoners. On July 28, over a thousand prisoners escaped from prison in Benghazi (Libya). On July 22, the two largest prisons in Iraq (“Taji” and “Abu Ghraib”) were attacked, resulting in the release of five hundred prisoners, including several militant leaders.

Within the United States, the authorities also increased their vigilance.

As usual, the network search queries of innocent citizens fell under the scope of the special services.

As pointed out by Adam Gabbett (The Guardian; abbreviated translation source - "Inopressa"), armed police officers totaling six people came to the home of an American woman after she entered the search box: "Pressure cookers."

Michele Catalano, who lives on Long Island (New York), knows the reason for the police attention to her family. She was looking for a pressure cooker on the Internet, her husband was picking up a backpack for himself, and his son was fascinated by collecting information about the Boston terrorist attacks.

The unhappy combination of search queries, which the police saw as fragments of an integral “terrorist profile”, led to the arrival of law enforcement officers.

It also turned out that Michel’s husband was looking for backpacks on the net not just anywhere, but at work (former). And everyone knows how employers monitor employees in the United States. The employer reported to the police.

The newspaper cites Catalano stories posted on the Internet. According to Catalano, “6 gentlemen” at weapons they asked where her husband and his parents came from, where Catalano works, etc. "Do you have a pressure cooker? The husband said: no, but there is a rice cooker. Can I make a bomb out of it? No, said the husband, the wife cooks quinoa in her. Quinoa? What the hell is that? “They asked,” the newspaper quotes Michele’s note.

Catalano notes: “Horror gradually seized me. What other words did I enter into the search engine? Words that are individually harmless can collectively arouse suspicion? ”

“That's what we have come to. You can’t count on privacy. Because of the attempt to figure out how to cook lentils, you can get into the list of suspects, ”the woman sums up.

This history supplements the channel "RT"referring to The Daily News.

On a blog on Medium.com, Catalano said that her husband, who was at home with two dogs, saw two police cars with flashing lights through the window: “Thousands of different thoughts ran through his head, but he didn’t even know about the true reason. When he went outside, he saw several armed men. ”

Catalano, a journalist, one of the editors of the magazine Death and Taxes, and a freelance writer for Forbes, reported that the police searched the house: “They searched the entire living room, looked at each book in the closet, trying to find a bombs production guide there. Then they studied all the family photos, searched the bedroom and other premises, and even carefully examined the dogs. ”

The participants of the ineffective police raid finally admitted that their department makes about 100 similar searches a week, and 99 of them are wasted.

Catalano notes with sadness: “If I continue to purchase a hapless pressure cooker, I will go directly to the store. It is not worth making any requests on the Internet at all. I feel fear without being absolutely guilty of anything. ”

To this I would like to add that the one search out of a hundred, which does not end in vain, probably leads to the discovery of a pressure cooker being searched in the house. It must be that the American parliamentarians are already hastily preparing a law under which a pressure cooker is considered to be an illegal component of an explosive device, and for possession of a citizen should be prescribed in Guantanamo.

As for the practice of multiple searches and global anxiety in general, the US special services will go to great lengths in order to inflate their budgets through congressmen, which were cut back in times of crisis.

Ctrl Enter
Noticed oshЫbku Highlight text and press. Ctrl + Enter
We are
100 Thousands of military personnel are brought into combat readiness in the Far EastResults of the week. “Unlike everyone else, I went to the army for spiritual reasons.”
Military Reviewin Yandex News
Military Reviewin Google News
136 comments
Information
Dear reader, to leave comments on the publication, you must to register.