Redrawing the map of Central Asia: myth or reality?

August 1 2013
91
The Internet has bypassed an opinion about a possible split in Central Asia, expressed by analysts from the Center for Strategic Studies under the President of Tajikistan. It turns out that there is a danger of new frontiers on the political map of the region. Experts are sure: there are tendencies of unification of the Tajik and Afghan Badakhshan, as well as the creation of the Fergana Republic on the basis of the territories of Tajikistan, Uzbekistan and Kyrgyzstan. In the matter of countering separatism and extremism, Tajikistan is ready to rely on Mother Russia, and at the same time on China - most likely, on the one who will respond first. 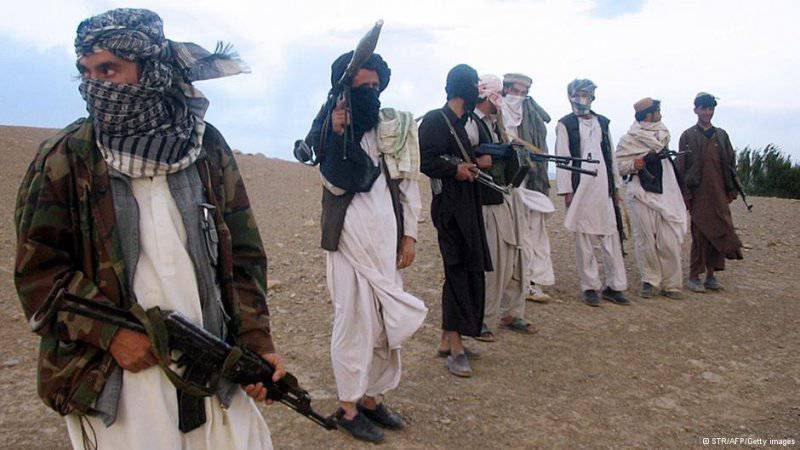 As pointed out by Marianna Ozhereleva ("Voice of Russia"), in fact, there are few prerequisites for the formation of new states in Central Asia. Despite the turbulent situation, the threat of full-scale destabilization of the region does not exist. So says Dmitry Alexandrov, Head of the Central Asia Sector at the Center for the Study of the Problems of the CIS Countries of the Russian Institute for Strategic Studies.

In his opinion, the assessment of Tajik political scientists is "somewhat alarmist." There is no immediate full-scale threat of destabilization in Central Asia.

It should also be borne in mind that the population does not really support separatist ideas. In addition, the population of the Tajik, Uzbek and Kyrgyz parts of the Fergana Valley is very different in ethnic composition. The population of Afghan Badakhshan and the fact that it is part of Tajikistan (Gorno-Badakhshan Autonomous Region) is also different.

The variant of the state’s emergence, the expert believes, is possible only with the complete disintegration of the Central Asian region. But this is “a fantastic scenario for now”.

Nevertheless, the head of the Center for Strategic Studies under the President of Tajikistan, political scientist Saifullo Safarov, believes that new state formations in Central Asia may arise. The analyst shared his arguments with the correspondent. "Voices of Russia" Galim Faskhutdinov.

A political scientist sees the prerequisites for the creation of the Ferghana Republic through the merger of the regions of Tajikistan, Uzbekistan, Kyrgyzstan and Kazakhstan:

“There are several options. There are forces that want to recreate the Islamic caliphate. These are organizations such as Hizb-ut-Tahrir, Al-Qaida, and a number of other terrorist and extremist groups. And then there are nationalist groups that wish to take control of the Kyrgyz regions of Osh, Jalalabad, Batken, the Uzbek cities of Andijan, Namangan, Fergana, southern Kazakhstan and the northern Sughd region of Tajikistan. Thus, at once four countries of Central Asia are threatened by this project. And everyone is silent. You need to be vigilant. ”

As for the Pamirs, the scientist does not rule out attempts by certain forces to create the “Big Badakhshan” here based on the unification of the northern Afghan province and the Tajik region.

G. Faskhutdinov notes that extremist activists continue to be detained in the region. According to the Minister of Internal Affairs of Tajikistan, 2013 members of banned organizations (the Islamic Movement of Uzbekistan, Ansarullah, Jundullah, Hizb-ut-Tahrir, etc.) were arrested in the republic for six months of 27.

As an hour “X” for Central Asia is the withdrawal of the ISAF contingent from Afghanistan.

Victoria Panfilova in the article for the portal "Afghanistan.Ru" notes that amid controversy with the Afghan president, Washington announced the possibility of a “zero option” - that is, a complete withdrawal of troops from the country. This statement gave the experts a reason to talk about the inevitable collapse of the situation in Afghanistan and then destabilization of the situation in neighboring countries.

Leonid Gusev, senior researcher at the Center for East Asian and SCO Studies at MGIMO, says:

“By itself, the coming to power in Afghanistan of the Taliban does not pose a military threat to the countries of Central Asia or Russia. But what about those radical Islamic movements that are under their auspices? These include al-Qaida, the Islamic Movement of Uzbekistan (IMU), and dozens of other extremist groups that are active in northern Afghanistan. "

The threat that the groups will turn weapon against the Central Asian countries, according to Comrade Gusev, exists. At the end of 1990-x - the beginning of 2000-x, the IMU already tried to blow up the region.

There is, however, another opinion: the penetration of militants into Central Asia through the Afghan-Uzbek border is ruled out. Extremists can only go through Tajikistan and Kyrgyzstan.

In the north of Afghanistan, there are also Kyrgyz, Kazakh, and Uygur terrorist groups, and immigrants from the Russian North Caucasus and the Volga region are also seen there.

Leonid Gusev believes that the situation in Tajikistan and Uzbekistan is under control, but there are internal contradictions that can be exacerbated before the presidential elections: in Tajikistan they will be held in the fall, and in Uzbekistan at the end of 2014.

Kyrgyzstan is also “in the zone of turbulence.” The analyst believes that Atambayev is unlikely "to succeed in sitting in his chair until the end of the presidential term (2017)."

In his opinion, the situation in Central Asia depends primarily on the internal stability of the countries. And in recent years they have repeatedly faced threats of extremism. This is especially characteristic of the Fergana Valley, along which the borders of Tajikistan, Kyrgyzstan and Uzbekistan pass. Members of extremist religious movements in these three countries are becoming not only ordinary residents, but also officials. In the north of Tajikistan recently detained members of the movement "Jihadism", many of whom were ... traffic police officers.

In Kyrgyzstan, banned religious organizations, for example, Hizb-ut-Tahrir, are almost openly operating, which is precisely the goal of creating a caliphate in the Fergana Valley. Activization of extremists is connected with the tense political situation in Kyrgyzstan. According to experts, the processes of destabilization are interested individuals, organizations and even countries.

And Kazakhstan is no exception, V. Panfilova notes. A rather difficult situation has developed in the south of the country, in areas densely populated by the Uzbek and Uighur minorities. Representatives of these peoples, the author believes, “are mostly more Islamist-minded than the Kazakhs, among them there are more often carriers of fundamentalist ideology”.

Thus, if it is still too early to talk about redrawing the map of Central Asia, then it is necessary to be vigilant, as Saifullo Safarov advises. At the end of 2014, the ISAF troops will be finally withdrawn from Afghanistan, and the presidential election should be held in Uzbekistan. Both "events" are likely to attract the attention of separatist extremists.

Observed and commented on Oleg Chuvakin
- especially for topwar.ru
Ctrl Enter
Noticed oshЫbku Highlight text and press. Ctrl + Enter
We are
The southern frontier is under threat. Will Central Asia protect itself?Why Uzbeks and Tajiks do not take the world
91 comment
Information
Dear reader, to leave comments on the publication, you must to register.