Debate on price. In the US, authorities are arguing about the price of Russian Mi-17 helicopters 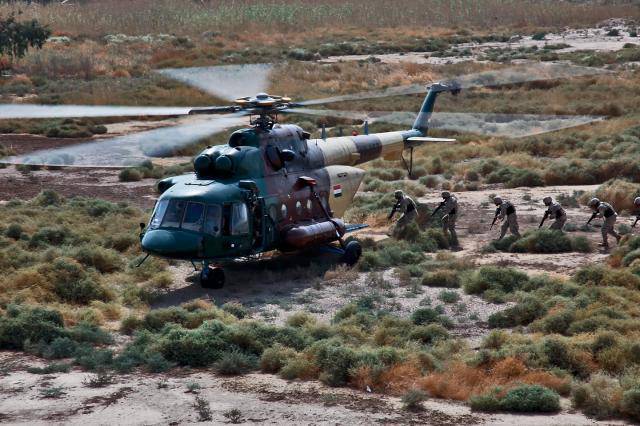 The US Department of Defense has been criticized for buying Mi-17 helicopters from Russia for Russia. According to a number of senators and organizations, the American side is heavily overpaying for these cars. But the Pentagon simply has no choice, there is nothing to replace these machines.


Between the American legislators is ready to flare up a heated argument over the Pentagon's deals on the purchase of Mi-17. Some senators oppose the purchase, while the other part views the deal as critically important for the Afghan security forces, The Wall Street Journal writes.

Tension is already high. And it is also caused by the fact that the Pentagon had earlier announced its plans to spend additional 345 million dollars on another 15 aircraft. And some in Congress believe that the military department did not properly convince them of the need for such spending.

A critic of the program to purchase Russian helicopters, Senator from Connecticut Richard Blumenthal said that the new machines would have to replace old Mi-17 helicopters, which the Government of Afghanistan could not save. “This circumstance gives a new meaning to the phrase“ throwing money down the drain is bad, ”he said. “This program should stop.”

Meanwhile, part of the US military and political figures continue to defend this program, arguing that the Mi-17 is cheaper and easier to maintain and operate for Afghans than American-made helicopters.

So, at the repeated hearings on this issue in July, General Martin Dempsey, chairman of the Joint Chiefs of Staff of the United States, said that plans to transfer responsibility for security to Afghanistan to the local administration before the end of 2014 would require Mi-17. “I support the continuation of this program. Our plans will require the transfer of Mi-17 to Afghans by the end of 2014, ”Dempsey said.

Procurement Mi-17 Pentagon spent at Rosoboronexport, which is an additional irritating factor because of the scandal around the supply of weapons to Syria. This causes particular outrage among individual members of Congress and human rights defenders.

“Why is the Pentagon ordering new helicopters in the face of opposition in Congress, in the face of the obvious fact that this deal cannot be considered good, and the assumption that weapon, supplied by Rosoboronexport, is used to kill civilians in Syria, ”said Sonya Efron, a representative of the Human Rights First organization.

By the way, this organization cites figures proving, in its opinion, that the deal is really disadvantageous to the Pentagon. She presented information on a series of contracts relating to the purchase of Mi-17 concluded in recent years. She notes an unprecedented increase in the price of cars, concluding that Russia exposes Americans to inflated prices.

In 2008, the price of helicopters was 4,4 million dollars, according to Human Rights First. In 2010, Russia exported cars already for 12,7 – 13,8 million dollars. During the last transaction, the Pentagon paid already 18 million dollars per unit, and future contracts suggest an increase in value to 19 million dollars. Sony Efron calls this price increase "astronomical." The company "Helicopters of Russia" did not name the newspaper VIEW the cost of Mi-17 helicopters, citing closeness of information.

“The Pentagon is vitally interested in purchasing Russian helicopters and transferring them to the Afghan armed forces. Here, purely pragmatic motives come to the fore. Only Mi-17 can fly in Afghanistan with a sufficient level of reliability. All Western helicopters do not withstand operating conditions, given the very difficult climate. And the Mi-17 is like a Kalashnikov assault rifle, ”Igor Korotchenko, director of the Center for Analysis of the World Trade in Arms, told the LOOK at the newspaper.

According to him, the most active US lawmakers who are trying to disrupt this deal are lobbying the interests of American helicopter builders. “We carried out an analysis, which showed that people representing the states where the production of helicopters is deployed are against this deal. They work out the money of their sponsors, it is obvious that these corporations invested money in their election campaign, ”the expert noted.

Recall 17 June Russia and the United States signed a contract for the supply of Mi-17 in Afghanistan. Rosoboronexport Deputy Head Alexander Mikheev said that the contract will be supplied 30 helicopters. We also note that in 2010, Russia and NATO agreed to purchase an 21 modernized Russian Mi-17 helicopter for Afghanistan by the alliance, which were designed specifically for operations in the country. The deliveries of these helicopters have now been completed. In April of this year, following the meeting of the Russia-NATO Council, the second phase of the implementation of the “helicopter package” for Afghanistan was launched.