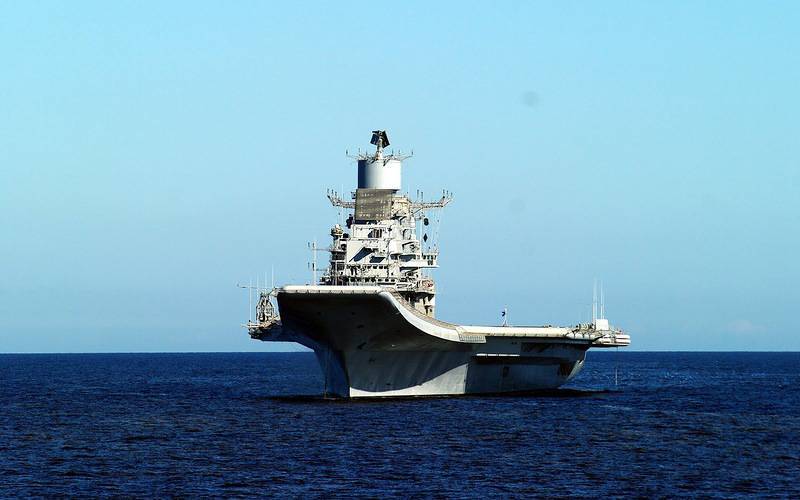 The Indian aircraft carrier "Vikramaditya" successfully completed sea trials in the White Sea and began moving to the Barents Sea to conduct flight tests, which are scheduled to begin on August 3, a representative of the Russian plant Sevmash said on Tuesday.


“The test program in the White Sea has been completed, the Vikramaditya will transfer to the Barents Sea testing grounds for flight tests and the conduct of the Indian sailors' shipboard practice. In the White Sea, the main stages of the tests of the main power plant of the aircraft carrier were carried out, namely, ensuring the combat economic progress. Also, the power plant was tested at full speed at the speed of the 24 node. On Sunday night, July 28, Vikramaditya reached its maximum speed at the 29,2 node, ”told RIA“News»Representative of the enterprise.

He added that “there are no complaints about the aircraft carrier’s boilers, Vikramaditya has demonstrated very good performance.”

According to the agency’s interlocutor, Vikramaditya’s flight tests involving Russian MiG-29KUB fighters and deck helicopters aviation according to plan should be started on August 3.

Recall, the official ceremony of transferring the aircraft carrier Vikramaditya to the Indian side was scheduled for December 4 2012 of the year. However, during the next stage of testing the ship in September last year, a number of malfunctions were identified, including the steam boilers of the main power plant did not reach full capacity.

Because of this, the transfer period has shifted by a year. During this time, the boilers should have been repaired or replaced. And now the new tests finally confirm that everything works.

Prior to that, India hoped to get "Vikramadityu" back in 2008 year, but the delivery of the aircraft carrier was postponed due to problems with boilers and engines.

# {weapon} Last year, the Indian Ministry of Defense set the end of 2013 for the year as the deadline for the transfer of Vikramadity.

Before that, Russia refused to India to pay compensation for the delay in the transfer of the aircraft carrier. The size of the penalty, according to media reports, could be 115 million dollars.

5 July this year, it became known that the aircraft carrier began sea trials in the White Sea.

July 12, it was reported that as part of the test of the Indian aircraft carrier, the crew of the North fleet worked out interaction with anti-submarine helicopter crews in the White Sea.

State tests of the aircraft carrier are scheduled to be completed on 30 September, in the first half of October, the ship should return to Sevmash and begin preparations for the transition to India. November 15 aircraft carrier must be transferred to the Indian customer.

Ctrl Enter
Noticed oshЫbku Highlight text and press. Ctrl + Enter
We are
Completed a surprise check of the troops of the Central Military District"Varyag" in China. View from Ukraine
Military Reviewin Yandex News
Military Reviewin Google News
16 comments
Information
Dear reader, to leave comments on the publication, you must to register.