LewRockwell.com: US is sure - Russia and China will not have time to answer

August 1 2013
137
“We are dealing with the neoconservative American military, who have gone out of control and endanger the Americans and the whole world,” writes Paul Craig Roberts, former economic policy aide to the US Treasury Secretary in the administration of Ronald Reagan. So he commented on the publication in the American media about the preparation of a plan of war against China and a preemptive strike on Russia. 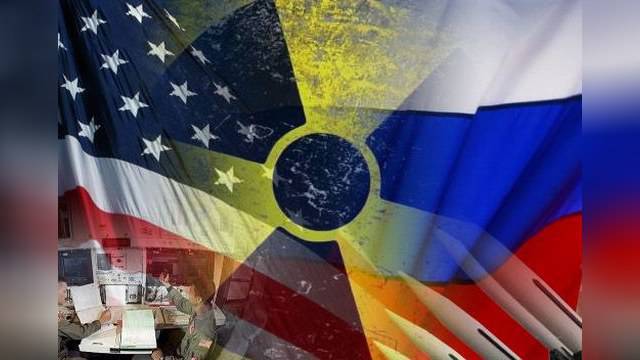 China is undoubtedly aware of Washington’s preparations for war. And China most likely realizes that the US government plans to launch a preemptive nuclear strike. “According to Washington, no other method of warfare makes sense. The “superpower” was never able to capture Baghdad, and in Afghanistan after the 11 years of war, it was defeated by a couple of thousands of lightly armed Taliban militants. Engage in the war with China using the usual weapons for Washington, it will mean the end of everything, ”the author writes.

Back in the days when China was a backward third world country, they were able to stop US forces in Korea. Today, China is the second economy in the world, and it is rapidly catching up with a weakening US economy.

In fact, the Pentagon’s plan is a pretext for multibillion-dollar injections into the military and security sectors, of which most will be wasted. At the same time, it is clear that China alone cannot win. But this “saber-rattling” can lead to war. “And if Washington turns out to be so stupid as to unleash a war, then the only way to defeat it is to use nuclear weapons. Of course, radiation will kill Americans at the same time, ”writes Roberts.

During the Cold War, nuclear weapons were a means of protection. The point was that both the USA and the USSR had sufficient arsenal to ensure mutual guaranteed destruction. Nuclear weapons did not give anyone an advantage in the attack.

The collapse of the USSR and China’s focus on economic development gave Washington a nuclear advantage. According to experts, the author of the article notes, this advantage gives America the possibility of delivering a preemptive nuclear strike. They said that neither China nor Russia would be able to strike back.

Publications in the media made it clear to Russia and China that the United States plans to launch a preemptive strike on both countries. In addition, in order to completely eliminate the possibility of a retaliatory strike from Russia, the US is trying to deploy missile defense systems near the Russian borders, bypassing agreements between the US and the USSR, Roberts notes.

"Due to the fact that the American press is a corrupt tool of government propaganda, the American people have no idea that neoconservative Washington is planning a nuclear war," the author writes. They are also not aware of the recent statement by former President Jimmy Carter that the United States no longer has a working democracy.

The possibility of starting a nuclear war was laid 11 years ago, when US President George W. Bush signed the Review of the State of Nuclear Weapons. This document launched the new arms race. Russian President Vladimir Putin immediately declared that the country is ready to allocate any necessary amount to maintain the ability to strike back.

China also demonstrated what it can do by shooting down its satellite with a ballistic missile. The mayor of Hiroshima said that the nuclear non-proliferation treaty is under threat because Washington announced the possibility of a warning strike. He stated that “the United States seems to be worshiping nuclear weapons like a god.”

Surveys conducted around the world show that Israel and the United States are considered the most important threats to peace and life on Earth. “Yes, the governments of these two countries do not comply with the laws, and they proudly call themselves“ the greatest democracies of the world, ”the author writes and adds that they do not observe either international laws, nor human rights, nor Geneva conventions, nor even their own laws.

No other country has imperialistic ambitions. China has not captured Taiwan, although it can do so at any time. Russia did not capture the former Soviet republics, such as Georgia, which, provoked by Washington, began hostilities, and its armed forces were immediately suppressed by the Russian army. “Putin could have hung up a Georgian puppet of Washington and brought Georgia back to Russia,” the author writes.

Over the past 68 years, most armed conflicts have been somehow provoked by Israel and the United States. However, they make sacrifices of themselves. But Israel has an illegal nuclear arsenal. It was Washington that developed the plan for a preemptive nuclear strike. “The rest of the world rightly regards the irresponsible governments of these two countries as a direct threat to life on earth,” the author concludes.
Ctrl Enter
Noticed oshЫbku Highlight text and press. Ctrl + Enter
We are
Paul Craig Roberts: Russia may stop supplying energy to NATO nationsGeopolitical mosaic: Guantanamo workers will not be able to enter Russia, and Paul Craig Roberts called the United States "puppet state"
Military Reviewin Yandex News
Military Reviewin Google News
137 comments
Information
Dear reader, to leave comments on the publication, you must sign in.