Guided missile for the F-35C future

July 30 2013
11
Currently, one of the most common air-to-air guided missiles in the US military is the AIM-9 Sidewinder of several modifications. As Flight magazine reports with a link Aviation command of the Navy (NAVAIR), in the coming years, Raytheon will conduct another modernization of the guided missile, during which some of its characteristics will be improved.

The upgraded guided missile is expected to be commissioned in the 2022 year. Enhancement is required in order for the Sidewinder rocket to continue to meet the requirements of the armed forces and naval aviation in particular. It is assumed that the AIM-9X Block III ammunition will be suitable for full-fledged use of the F-35C carrier-based fighter jets, starting with the 2020-2022's.

The main aspect of the modernization of the rocket will update its power plant. Raytheon and its subcontractors will have to create a new solid fuel engine with better performance. When applying a new engine, according to customer requirements, the AIM-9X Block III rocket should increase its range from current 30-35 kilometers (AIM-9X Block II) to 50-55, i.e. by about 60%. Thanks to this, the scope of the missile will expand significantly, which will provide a noticeable increase in the combat qualities of both the guided munition itself and the fighters for which it is intended.

With a range of at least 50 kilometers, the AIM-9X Block III rocket will be able to perform some tasks typical of other aircraft munitions, such as the AIM-120 AMRAAM of early versions. At the same time, it is expected that in some cases the improved Sidewinder rocket will have more potential than AMRAAM. These likely benefits are due to the type of homing head used. Recently, the leading countries of the world have been equipping their aircraft with new electronic warfare systems with the Digital Radio Frequency Memory (DRFM) function. Such systems can interfere with the operation of radar homing heads of guided missiles. Thermal homing missiles AIM-9X, in turn, is not exposed to electronic warfare systems. 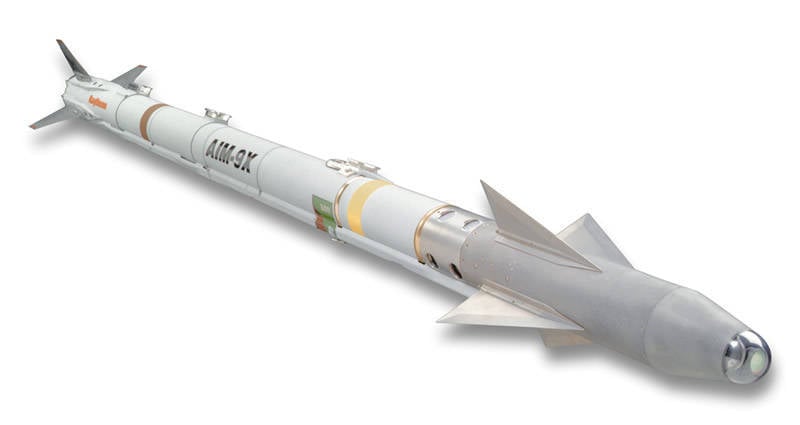 According to reports, during the upgrade, the new version of the AIM-9X rocket will use the existing electronics developed for the Block II modification. Basic design work will go in the direction of creating a new solid-fuel engine and a more advanced warhead. It is assumed that the latter will be less explosive, but will retain its ability to hit targets.

It is easy to see that the next upgrade of the AIM-9 Sidewinder rocket is a palliative measure. To fill a tactical niche that one aviation munition cannot fully occupy, an improved version of the other is made; and improvement concerns only some systems. In the recent past, for these purposes, the Pentagon would initiate the creation of a new missile, but now has to limit itself to upgrading the existing one. The reason for this approach to updating arsenals lies in the economy. The US military is forced to cut costs, and in such a situation, the development of a new missile will cost a lot more than the modernization available.

Of some interest are the stated deadlines for the implementation of certain stages of the modernization program. Thus, the production and technological development of the project will start only in 2016 year. Two years later, in 2018, it is planned to conduct the first test launches and begin fine-tuning the new AIM-9X Block III rocket. Operational tests, the results of which will decide on the adoption of ammunition for service, will begin only in 2020 year. Thus, the beginning of the full-fledged operation of the next modification of the Sidewinder missile in the naval forces, as well as, possibly, in the Air Force and the Marine Corps will begin only 8-10 years.

A characteristic feature of the announced deadlines is the fact that in the event of a change in the economic situation in the United States, the reduction in military spending may cease. In this case, the Pentagon will have the opportunity to begin financing the development of a new air-to-air missile, devoid of the existing deficiencies and at the same time not a half-measure, as will be the case with AIM-9X Block III. However, the development of a new aircraft ammunition will take time and so you still have to continue updating the existing types of weapons. Thus, regardless of further developments of a political and economic nature, the guided AIM-9X Block III rocket will remain one of the most important American projects in the field of aviation weapons in the near future.