The best military museums of Moscow 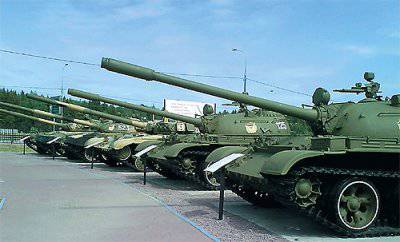 Many tourists, going on a trip outside their country, do not even suspect that there are many equally interesting places in their hometown. In turn, foreigners, during their arrival in Moscow, visit numerous military museums with great interest and consider them the most informative ever seen. Usually children are brought to such places, although for adults there will be many interesting things. After all, military equipment is represented in military museums, with the device of which you can get acquainted and “touch” it outside, as well as sit inside and in some instances you can even ride. Thus you can touch the bygone era. After visiting the military museum, you can choose comfortable apartments for your vacation, which offer hostels metro Krylatskoecharacterized by a high level of service.
A visit to the museum exposition of military equipment can begin with the Central Museum of the Air Force. To view the entire exposition aviation considerable efforts will be required, since this museum is the largest in the world. In this place, a collection of aircraft, helicopters and weapons, as well as rescue equipment, was selected. Models of aircraft and unique documents with photographs are installed in the halls. This museum is located on the territory of a military camp, so visitors should pre-order a pass for their visit.
Next, you can visit the museum exposition of military equipment located on Poklonnaya Hill. This museum has collected rare instances of captured equipment. The Central Museum of the Armed Forces will also be of interest, where almost 150 units of military aviation, artillery, rocket, armored and naval equipment are displayed on an open site. In addition, in this museum you can see many instances of weapons, ranging from guns and tanks times of the Civil War and ending with modern operational tactical and strategic missiles, missile-carrying aircraft and air defense systems. After the experience you can stay in rooms that offer metro hotels Volzhskayaand recover from the intense emotions of the day.
For lovers of military stories will be interesting Tank Museum. His entire collection was collected since the 1931 year, and for a long time was classified. At this point, the world's largest exposition of armored vehicles and armaments is presented, and the smallest exhibit weighs about 3 tons.

Ctrl Enter
Noticed oshЫbku Highlight text and press. Ctrl + Enter
We are
From the history of Russia's own names of aircraft in the postwar periodWeapons from the pass