July 25 2013
8
RPK-2 "Blizzard" (81P) (according to the NATO codification - SS-N-15 Starfish "Starfish") is a Soviet missile system designed to destroy enemy submarines. The complex is in service with multipurpose nuclear submarines of the Russian Navy. The RPK-2 missile system was adopted by the Soviet Navy Fleet back in 1969. At different times, these missiles were armed with domestic multi-purpose submarines of projects 705, 671 Yorsh, 671RT Semyoga, 671RTM (K) Pike and 971 Pike-B.

RPK-2 was originally created as an anti-submarine complex for use with submarines. In its ideology, this complex was close to the US anti-submarine complex Subrock and was developed by analogy with it. Work on the creation of the complex began on the order of the Council of Ministers of the USSR No. 111-463 of October 13 of 1960 of the year “On the creation of new anti-submarine missile systems”. Initially, the complex was built under the designation D-90 in the OKB-9 in the city of Severodvinsk, Fedor Fedorovich Petrov was the general designer, while VA Golubev was the lead designer for the project (according to other data, the lead designer was N. G. Kostrulin ). 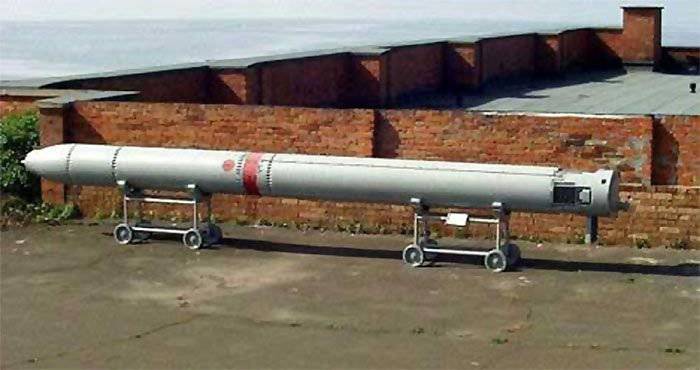 The design of an anti-submarine rocket equipped with a lattice rudders was created at OKB-9, a rocket engine was designed, experimental studies were carried out, and positive results of rocket tests on the initial section, on the transition section and on the flight phase were obtained. 20 July 1964, all work on this complex together with a group of designers (OKB-9-II) was transferred to OKB-8 (also in Severodvinsk, later - Novator Design Bureau), the main designer of the complex being created was L.V. Lyulyev .

For the complex, 2 types of missiles with different performance characteristics were developed - for launching Vyuga-650 / 65PT and 81-mm Vyuga-533№ / 53PA torpedo tubes from 81 mm. Missile tests were conducted in the Black Sea from October 1962 to July 1968. To test the anti-submarine missile caliber 650 mm, a special submersible stand PSD-444 was originally created at plant No. 4, from which the 4 650-mm Vyuga missiles were launched 1966. State tests of this missile were planned to be carried out in 4 year, but the decision of the commission on military-industrial issues of 1964 in March 10 was decided to confine only to testing of experimental missiles 12-XNUMX, it was decided to refuse to release these missiles.

At the same time, from February 1965 of the year to May of 1967, the 21 of the 533mm caliber anti-submarine missiles was launched. The state tests of the rocket took place from 16 in May to 25 in July of 1968, in the framework of the tests 17 launches were carried out. As a result, the RPK-2 "Blizzard" complex with the 81Р rocket was adopted for use by the USSR Navy by decree of the USSR Council of Ministers on August 4 of the 1969 of August. 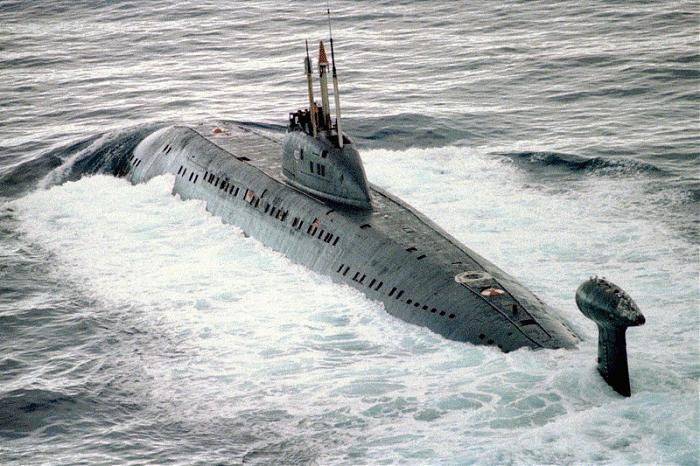 In addition to directly enemy submarines, the RPK-2 complex, if necessary, could also hit its surface ships. The "Blizzard" missiles were launched from standard 533-mm submarine torpedo tubes. The rockets were fired from TA using compressed air, after which the starting engine was launched, with which the rocket emerged from the water, only after that the solid propellant sustainer engine entered into action.

Rocket 81P had a classic design and was a solid-fuel rocket, equipped with aerodynamic control surfaces. Missile guidance and control system - inertial, created at SRI-25 GKAT in Moscow. The aerodynamic trellis wheels acted as rocket controls. The rocket was controlled at all stages of its flight path. Anti-submarine missiles "Blizzard" launched on target designation from the SJSC "Rubin" and other similar complexes.

On the experimental submarine of the project 613РВ the shooting control system Vyuga K-613РВ was mounted. On the submarines, the armament of which included the RPK-2 “Vyuga” complex, the “Ladoga” torpedo firing controls (PUTS) were used. At the same time, for the first time in the USSR PTU "Ladoga" was designed and built using a large digital computer created at the Polyus Central Design Bureau and put into service in the 1973 year. The submarine ammunition consisted of 3-4-like missiles.

533-mm anti-submarine missile "Blizzard" was fired from a horizontal submarine torpedo tube from a depth of approximately 50 meters (+ -10 meters). After that, the rocket turned on the underwater part of the trajectory, it was released from the water. Already in the air there was a launch of its solid-fuel engine. The stabilization and control of the rocket on the initial underwater section, as well as the active and passive sections of the air flight trajectory was carried out by an autonomous inertial onboard control system. Based on the required range of the launch of the rocket (from 10 to 40 kilometers), the control system itself started the engine. The role of the single governing bodies of the anti-submarine missile in all parts of the trajectory of its movement was performed by trellis stabilizer wheels, which were revealed immediately after the rocket left the torpedo tube of the boat.

Since the anti-submarine missile 81P "Vyuga" did not have a homing head, its warhead was equipped with a nuclear special charge up to 5 kt. It was believed that the charge of this power will be sufficient for the successful defeat of enemy submarines in a radius of up to 1500 meters.