In Germany, a committee to investigate the scandal around the Eurohawk UAV started hearing witnesses 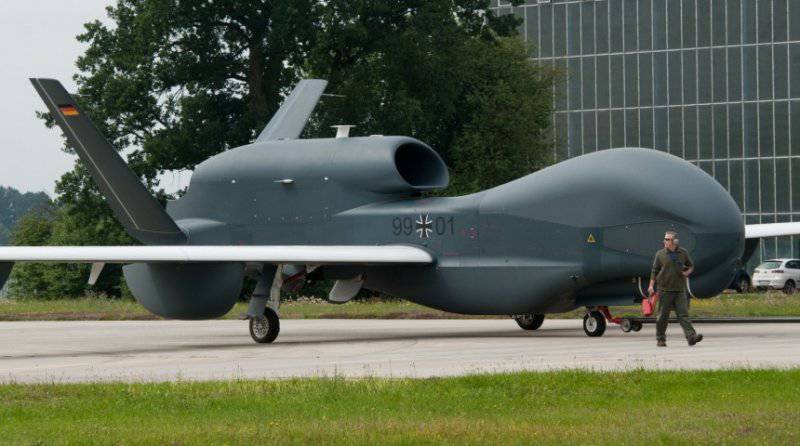 In Germany, the parliamentary committee to investigate the circumstances of the scandal surrounding the Evrohouk drone began Monday to hear the testimony of witnesses.


The scandal erupted after it became known on May 14 of the current year that the federal republic would not be able to adopt the Eurohawk UAV for a number of reasons. In particular, it is not equipped with an airspace collision warning system and automatically manages a maneuver, that is, without a command from the ground control center. The presence of such a system is mandatory for flights over the territories of 190 countries members of the International Civil Organization aviation. Thus, it would be extremely difficult for a UAV to reach any “hot spot”.

Moreover, in Germany, it should have long been taken into account that it would also be impossible to use such a drone in the forbidden military zones, since this requires detailed documentation, and the United States does not intend to provide it for security reasons.

In military circles, allegedly, this was known for a long time, however, the project financing program was not stopped in advance, and funds continued to be invested.

The parliamentary committee sets itself the task of finding out exactly when the department learned about the problems, because of which the UAV could not be put into service, what actions followed and how much money was wasted. De Maizier himself indicated that on May 13 he was informed of the need to end the project, and on the same day gave his consent. “Until then, the minister didn’t receive any documents describing problems in adopting the UAV or other problems on this project,” the report said.

The former German defense ministers, Rudolf Scharping and Franz Josef Jung, served as witnesses in the Bundestag committee. With the first, Germany started the Eurohoke project in 2001, and the second in 2007 signed a contract with the American company Northrop Grumman for their production. In addition to the ex-ministers, the former Bundeswehr inspector general Wolfgang Schneiderhan testified. He pointed out that some problems were known in advance, but "no one in one form or another said" that these problems are insurmountable and the project should be stopped.

A total of 31 people, including de Maiziere himself, will appear before the committee before 19 on August.

In the meantime, the opposition’s minister’s criticism of the minister continues, ITAR-TASS reports.

The representative of the Social Democratic Party of Germany on defense Rainer Arnold believes that de Mezier needs to resign, as he "lied to parliament and the public." The fact is that initially the minister noted that the Eurohaw project could not be stopped earlier due to lack of information. The opposition believes that this is not true. "A government spokesman should not do so with the truth," said the Social Democrat, adding that the head of the defense ministry had "lost confidence".

The Eurohawk UAV is capable of detecting the positions of enemy missiles and radar systems and at the same time recording information transmitted through radio and television channels. "Eurohawk" was created on the basis of the Global Hawk drone (Global Hawk), which has been in service with the US Air Force for many years. The wingspan reaches 40 m, the mass is 15 t, the length is 14,5 m. The drone is able to rise to an altitude of 20 km and cover the distance to 6 thousand km without refueling.