Russia decided not to use the NITKA test site in 2013 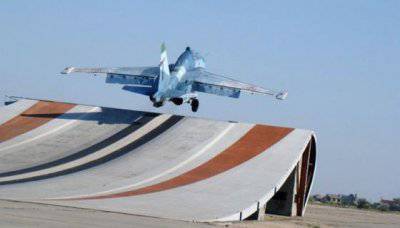 Russia has officially informed Ukraine that it is not going to conduct trainings on the NITKA airfield in the Crimea in 2013, according to an official statement from the Ukrainian Ministry of Defense.


“The Russian side, by letter from 24 on April 2013, informed the Ministry of Defense of Ukraine that it does not plan to use the NITKA landfill in 2013,” the defense department reports, the RIA reports “News».

Back in March, the Ukrainian and Russian military discussed the issue of operating the Crimean NITKA test site, then the Russian side, according to the press service of the Ministry of Defense of Ukraine, expressed interest in further use of the airfield.

Also, the department said that Ukraine today has not concluded an agreement on the use of the Crimean test site with other states, except for the agreement that was concluded with the Russian Federation in 1997 year.

In March 2013, the Ministry of Defense of Ukraine announced that they were considering the possibility of providing a training ground for deck pilots aviation Thread in the Crimea for the exercises of the armed forces of other states.

In August 2012, it was reported that the Ministries of Defense of Russia and Ukraine had agreed on a new lease terms for the unique NITKA complex located in the Crimea, imitating the deck of an aircraft carrier.

This landfill does not represent a significant interest for the defense capability of Ukraine, since the Ukrainian army has neither aircraft carriers nor, accordingly, carrier-based aviation. At the same time, the thread is needed by the Russian air force. It is a unique engineering complex, which was created by dozens of research institutes of the USSR at the end of 1970-x and the beginning of 1980-x.

The simulator flight field simulates the deck of the Admiral Kuznetsov aircraft-carrying cruiser. Special mechanisms allow you to recreate the conditions of the stormy sea. In addition, the complex is equipped with a special throwing device and springboard.

By agreement of 1997, Russian pilots of the North fleet got the opportunity to train in the Crimea for one and a half to two summer months.

The Defense Ministry clarified that earlier, Moscow had paid for the use of the landfill with spare parts for Su-type aircraft for an equivalent amount, as well as repair work on the complex. Rent reached 0,5 – 1 million dollars. In 2003, Kiev for the first time proposed to increase the rent and switch to a cash form. Then, under President Viktor Yushchenko, Russian training stopped altogether. In 2008, the Ukrainian side did not allow Russian pilots to the airfield for political reasons - in protest against Russia's participation in the conflict around South Ossetia. In the 2009, Kiev also refused, but referred to technical reasons.

With the coming to power of Viktor Yanukovych, the Russian pilots returned to the range.

In the meantime, in May it became known that the Russian analogue of the NITKA simulator will start functioning in Yeisk at the turn of 2013 – 2014.