New plans for the sale of state property

July 9 2013
311
Recently, the Russian government announced plans for the next stage of privatization, which is scheduled for 2014-2016 years. The plans include the sale of securities of such companies as Rostelecom, VTB, Russian Railways, Aeroflot, Sovcomflot, Alrosa, Zarubezhneft, Inter RAO UES, RusHydro, Rosnano, Vnukovo Airport "," Uralvagonzavod "and other companies with one or another percentage of state control. The head of the Ministry of Economic Development, Mr. Ulyukayev, declares that revenues from the sale of state property at this stage of privatization will be about 1,7 trillion rubles. 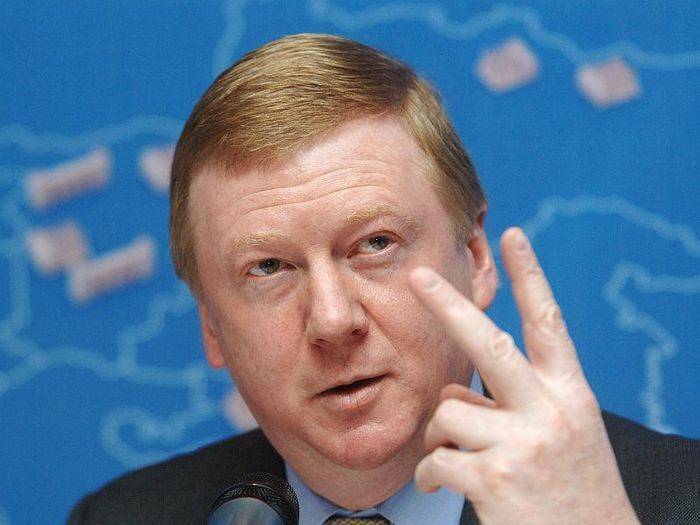 It would seem that an impressive amount, but there are a number of factors that, to put it mildly, does not give fully rejoice for the enrichment of our state. One of these factors is the statements of the representatives of the Cabinet of Ministers themselves (in particular, the same Alexei Ulyukayev). According to these statements, government revenues from the sale of property will not be 1,7 trillion rubles at all, but 1 a trillion, and even with the most favorable outcome of privatization. Finance Minister Anton Siluanov is even less optimistic. According to him, no more than 1,7 billion rubles (a little more than a third) will fall into the federal budget out of 620 sounded trillion rubles. If so, where will all the other funds that are to be raised during the next privatization stage disappear?

The fact is that the rest of the funds, it turns out, the Government plans to use for the modernization of these same companies, as well as for activities connected with the increase of their authorized capital.

Hmm ... The feeling of some strangeness from such planning does not leave. Suppose that the level of capitalization and development of the same RusHydro or Alrosa does not allow these companies to work with maximum efficiency. Suppose that in order to increase efficiency, it occurred to someone to sell most of the common pie of these companies to a private trader. But why, then, should we invest huge amounts of money for the development of companies, the lion’s share of which for the state will already be lost? Yes, and for what purpose do you need to sell the company, as they say, in batches, if the very people who initiated privatization are doubtful in the outcome of such a sale? Whether it is a kind of economic masochism, bordering on frank unprofessionalism, or something fairly similar, forgive generously, sabotage ...

Another factor that emphasizes the strangeness of government plans is as follows: if privatization is carried out, then it is carried out for a specific purpose. The goals of the privatization phase of the 2014-2016 sample, if it is said, are somehow too veiled. For example, Deputy Prime Minister Olga Golodets considers privatization to be the completion of the federal budget, which will allow deciding to quote: “more ambitious tasks.” Olga Yuryevna is going to solve some “more ambitious tasks” with the help of a total sale of state property, for some reason she didn’t deign to clarify. More ambitious, and that's it ...

However, there is a definite opinion about these most voiced by Mrs. Golodets tasks. This opinion is connected with the sensational post-electoral decrees of President Vladimir Putin, one of the points of which was the increase in the well-being of Russian citizens. Minister of Labor Maxim Topilin hinted at such a link indirectly, who unexpectedly stated that the state plans to increase real wages in the country over the next five years by 1,5. But such statements need to be supported by something - this is one time, and Maxim Topilin himself is unlikely (with all due respect for the importance of himself and his position in the Government of the Russian Federation) without agreeing "with whom it is necessary" decided to raise the level of general Russian welfare - these are two.

If so, then we can assume the following: the social sphere in case of any emerging troubles in the Russian economy is chosen as the basis. On the one hand, this, it seems, should please, because the state is going to literally in grief and joy to take care of each of us. But on the other hand, at what cost will this care be exercised, if at all there remains only the words of a single minister, from whom bribes may turn out to be smooth ... If the price of such words about care is another squandering of state property that can be seized by exceptional rogues, as it is was in stories of our country, the concern turns into a clearly dubious enterprise. Yes, and the sale of large stakes in companies that bring huge profits to the treasury, for the sake of words about care, also looks far from clear. Why not uniquely? Yes, because while in our country there is no such person who could give 100% a guarantee that the proceeds from privatization will be used specifically to improve the well-being of the citizens of the country, and not a couple of dozen individual representatives ...

And it’s not for nothing that the saying about the sale of the goose that lays the golden eggs continues to this day. And in the case of the new stage of privatization, developed by the Government, we are talking about selling not just one gold-bearing hen, but a whole henhouse of such profitable birds.

But not only profit plays a role here. Well, how, for example, to be with the privatization of Uralvagonzavod, which, as you know, in addition to freight cars and railway tanks produces high-tech military equipment, including Tanks T-90 Uralvagonzavod is on the list of the largest world manufacturers weapons. Is there someone who can control that a large stake in this truly strategic enterprise for a country does not fall into the hands of those whose goals have nothing to do with strengthening Russia's defense capability? Promises to control and real control are different things.

Someone can say, well, this author constantly expresses doubts, because the president said: it is necessary to increase well-being, which means it will definitely increase, even if through the privatization of state assets. Of course, it will increase, who would doubt, only the very word “privatization” in our country over the past years 20 has managed to turn into a real curse word, which can be called any event aimed at undermining the independence of the state. And no doubts would arise if the main ideologues of the past predatory privatization stages were occupied not by important leadership positions, but by free people ... But we, you see, the results of privatization are not being revised. Oh, and what a strong a priori indulgence for those who want to have a hand in the state (national) property!