Guided tank missiles "Bastion" and "Sheksna" - 30 years in the ranks

July 3 2013
23
In 1983, 30 years ago, new weapons were adopted by the Soviet Army tank KUV - a complex of guided weapons 9K116-1 "Bastion" and 9K-116-2 "Sheksna", designed for use with cannons of the T-54/55 and T-62 tanks, respectively. The use of these ATGMs allowed to extend the life of the tanks, since their combat effectiveness was practically equal to the tanks of the next 3rd generation, which included tanks of the M60, Leopard-1, AMX-30, etc. type. A big plus of these systems was that the use of the Bastion and Sheksna anti-tank guided missiles did not require the replacement of tank guns, but only supplemented the range of ammunition used by them.

By the 1981, the USSR Army adopted the 9K116 "Faste" guided weapons complex with a rocket, which was guided by a laser beam and fired from the X-NUMX-mm anti-tank T-100 gun. This complex was designed in the well-known Instrument Design Bureau of the city of Tula, which was headed by the designer A. G. Shipunov. Even before the completion of the development of the "Kastet" complex, it was decided to deploy work on the creation of unified guided weapons complexes designed for T-12 / T-54 and T-55 tanks. Almost simultaneously, work began on the creation 62-X complexes 2K9-116 «Bastion", which was compatible with 1-mm rifled guns family D-100T mounted on tanks T-10 / 54, and 55K9-116 «Sheksna", which was intended for T-2 family of tanks with 62-mm smooth-bore guns U-115. Work on the creation of new systems for the T-5 and T-55 tanks was completed in the 62 year. 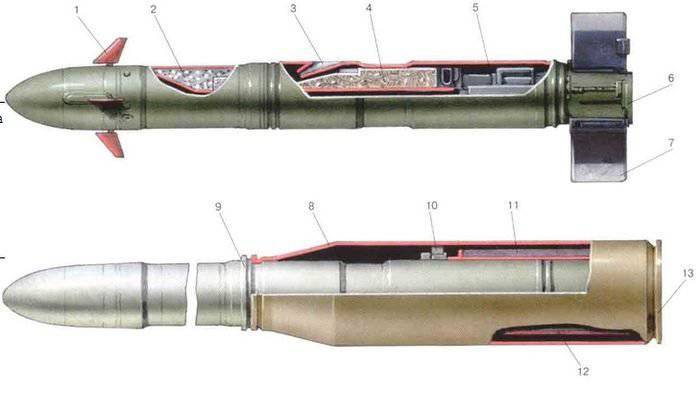 At the same time, the 9М117 rocket was borrowed from the “Kastet” complex with little or no change; in the “Sheksna” complex, this rocket was equipped with special support belts to ensure steady movement along the 115-mm artillery barrel. All the changes affected mainly liners with a propellant charge, which was redesigned for the chambers of these guns.

As a result, it was possible to create conditions for upgrading 2-generation tanks, which provided a multiple increase in combat effectiveness and substantially equalized the firing capabilities of the upgraded tanks - T-55М, T-55МВ, T-55А in a fairly short time and at relatively low cost. , T-55AMB, T-55AD, T-62М, T-62МВ when shooting at long distances with tanks belonging to the next generations. In the future, the Bastion and Sheksna complexes became the basis for the development of the 9K116-3 “Fable” guided weapon system for the BMP-3 infantry fighting vehicle. Over time, modernized versions of the missiles were also created in Tula, equipped with a tandem-shaped cumulative warhead and capable of overcoming the reactive armor of modern and promising main battle tanks. 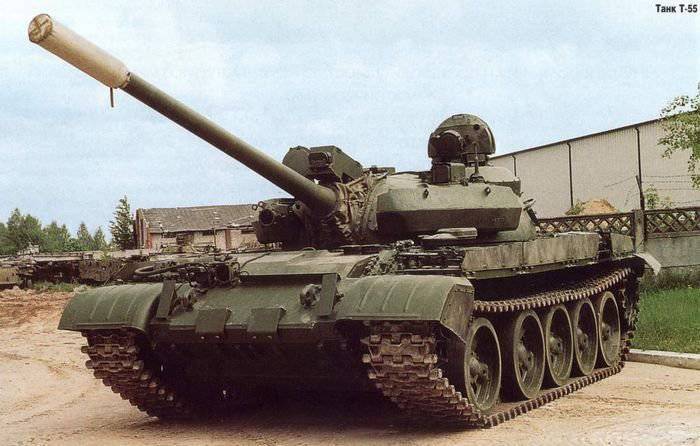 T-55AM
In the outer hull lines, the controlled shot ZUBK10-1 is quite close to its unmanaged counterparts - high-explosive fragmentation shots ZUFO37 and ZUBK10-1. It consists of 2 elements: sleeve and the rocket itself. The sleeve is made of steel, has a screw bottom with a detonator. A special propellant charge is placed inside the liner, which tells the anti-tank missile the initial velocity 400-500 m / s. The use of a centering ring, a lattice shell, and an inert gas reservoir on the rocket provides for the purging and removal of the combustion products of the propellant charge after the shot has been fired. At the same time, the ZUBK10 shot is a unitary loader ammunition, which makes it possible to use it in tanks with automatic loaders. The entire sequence of operations for launching an ATGM is performed automatically.

The rocket itself was designed in an aerodynamic "duck" configuration with an air-dynamic steering gear in front of the cumulative warhead 9H136М of a closed circuit with a frontal air intake and aerodynamic rudders deployed backward through the anti-tank missile. To reduce the size of the solid-fuel engine was manufactured with front-mounted 2-x oblique nozzles. In the tail section of the rocket, the main units of the onboard guidance system equipment are located, here is the receiver of laser radiation. Wings that unfold using a special device are angled to the longitudinal axis of the ATGM, which ensures its rotation in flight. A missile is aimed at a target in a semi-automatic mode using a laser beam.

The automated tank control system Volna was developed on the basis of the equipment of the Kastet armament complex, while it is distinguished by a minimum volume and mass - 47 liters of additionally installed units. SUO "Wave" is well protected from all sorts of interference, which ensures its high accuracy of defeating various ground targets. 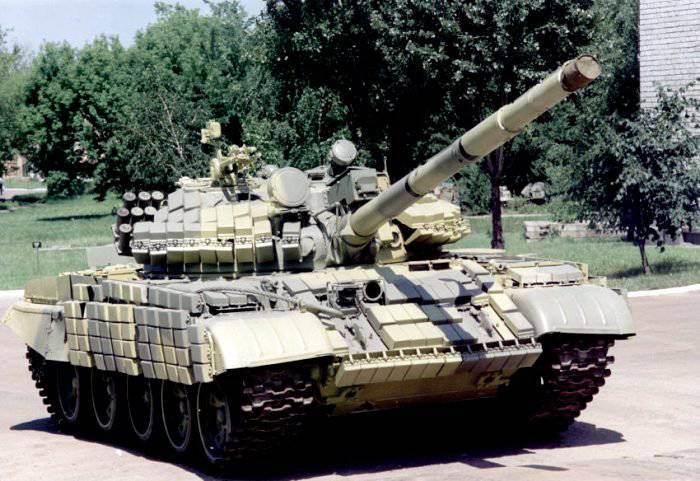 T-62MB
However, time did not stand still, and in the well-known opposition of the “sword” and “shield” to the anti-tank arms and its carriers are all new requirements. The main battle tanks had new, modern means of defense, the requirements for combat were changed, and at the same time, the disadvantages of the 9K116-1 Bastion and 9K116-2 Sheksna complexes became obvious. For example, shooting a guided missile only from a place made a combat vehicle a very good target on the battlefield. And the installation on the enemy’s armored vehicles of dynamic protection (also called reactive armor) makes the cumulative warhead of a missile insufficiently effective. Also, the ability of tanks to fight at night only at ranges up to 800-1200 meters does not meet modern requirements of the time.

That is why in KBP in Tula, all the past years, design work has been carried out to increase the combat potential of the Bastion and Sheksna guided weapons complexes and to eliminate their shortcomings. The shots 3UBK10М-1 and 3УБК10М-2 with a guided missile 9М117М “Kan”, which was equipped with a leading charge, designed to successfully overcome dynamic protection were created. Also, work was carried out on locating the elements of the armament complex on the BMP-3: a digital ballistic computer, an 1KV-2 sight, and a modernized weapon stabilizer. These measures allowed for the possibility of firing on the move and increased the accuracy of firing with standard artillery weapons 1,3-1,5 times.

In 1997, the modernized T-62 tanks owned by a foreign customer were successfully demonstrated and tested. In 1998-2004, in one of the African countries, work was carried out on the modernization of 30 tanks Т55, which later took part in the hostilities. At present, the Instrument Design Bureau offers to its potential customers the modernization of the T-55 and T-62 tanks with the 3 UB10-1 (2) shotgun and the installation of elements of a modern unified fire control system.

Equipping medium-sized T-55 and T-62 tanks with an all-day SLA will allow them to be brought up to the same level with modern tanks as far as possible for identifying and detecting targets on the battlefield, increasing the effective range of artillery armament from the course and from the spot, increasing the accuracy of shooting, and also allowing use guided munitions at any time of the day. The main elements of the all-day MSA are: a combined (optical thermal imaging) gunner's sight, equipped with an ATGM laser information channel and a laser rangefinder, as well as a digital ballistic computer with a shooting conditions sensor.

The installation of an automatic fire control system on T-55 and T-62 tanks allows you to fire a rocket from a place and on the move, at any time of the day at a distance of 4-x kilometers. At the same time, effective shooting with any type of standard unguided ammunition available to the customer increases 1,5-1,8 times. Increase the search capabilities of the gunner occurs through the use of thermal imaging channel, the gunner's sight with high-precision stabilization of the field of view and improved optical characteristics of the target channel.