July 2 2013
17
MBDA (Matra BAE Dynamics Alenia), the largest European manufacturer of combat missiles of all types, presented its Concept Visions program at the anniversary air show in Le Bourget, which provides for the creation of a missile weaponswhich can be attributed to a fundamentally new type. MBDA was founded in December 2001 by merging Aerospatiale-Matra Missiles (structure EADS), Finmeccanica and Matra BAe Dynamics. In 2003, the company employed more than 10 thousands of employees, and in 2005, its annual turnover exceeded 3 billion euros. This company produces a wide range of missile weapons: air-to-air, air-to-surface, ground-to-air missiles, anti-ship and anti-tank missiles.


The Hoplite project is aimed at solving the main problems that modern surface-to-surface missiles have. We are talking about the need to clean up the surrounding airspace directly in the impact zone from its aircraft and often under the monastery, practically slavishly dependent on GPS (for Western countries), not fundamentally strong enough in terms of signal, and also quite easily clogged with modern EW .

Nowadays, surface-to-surface missiles are launched mostly vertically upwards, which takes them into the airspace, which is often already occupied by their own aircraft - and here, even a random collision is not that far away. You can, of course, try to clear the sky before the strike, but in this case the ground troops will lose support from the air. Is this too much of a price for the possibility of a one-time missile strike? 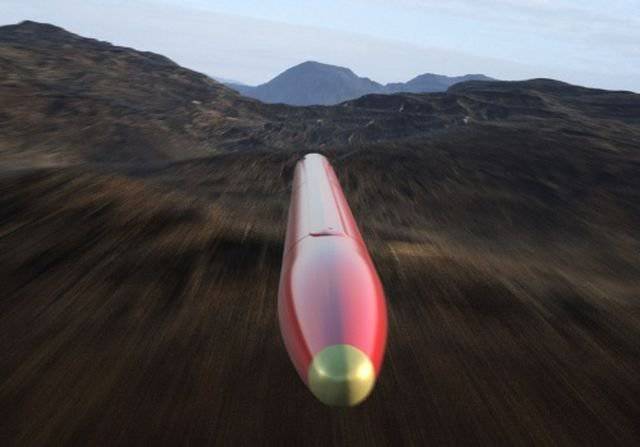 In order to avoid this, the Hoplite project missiles are going to provide advanced aerodynamic surfaces with variable area and a combination of a solid rocket engine with a turbine and a compressor that will allow the guided rocket to quickly change the direction of flight almost immediately after launch, remaining at a height not higher than 1 kilometers which is usually used mainly by helicopters, and not by airplanes.

In order to part with a heavy GPS addiction, which turned out to be quite inconvenient when using rockets in mountainous areas and seemingly even more inconvenient in case of hostilities with an army of EW weapons, the guided missile will store in its memory terrain data on the route movements (like an avtonavigator card) and check with the route, interpreting the terrain with the help of a system of laser tracking of the landscape. In fact, this is a variation of lidar (active rangefinder of the optical range), the degree of complexity of which is not yet indicated in detail.

The Hoplite-S rocket modification will rely on the lidar used to detect the target while being in one-way communication mode for receiving instructions on attacking the target (if the target moves during the flight or is destroyed by other fire weapons). At the same time, the Hoplite-L modification uses a somewhat more complex combination of a lidar and a computer, capable of detailing the nature of the terrain and independently identifying desired targets on it, which are then transmitted via two-way communication channels to Hoplite-S missiles. 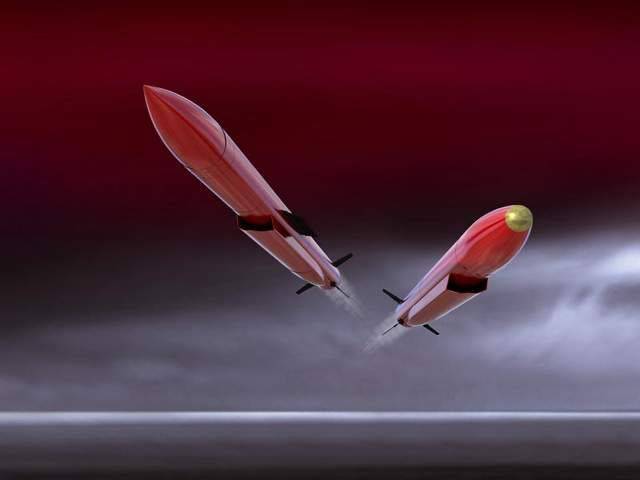 In fact, we see a fleet of UAVs that, ideally, are capable of independent target designation and subsequent destruction of targets without the use of GPS. In fact, the rocket itself will technically become significantly closer to unmanned aerial vehicles with traditional engines. When burning, the rocket fuel with its gases will rotate the turbine, thereby driving the compressor, which takes the outboard air, allowing the rocket to move in space at lower speeds, up to Mach 0,6. Naturally, if you need a breakthrough of the enemy’s air defense system and a quick strike, the guided missile can always perform maneuvers at flight speeds in 3 and more than Mach. At the same time, it will be possible to deploy a rocket from special modular container units, located at least on an advanced military base, even on a ship. With a range of 140 – 160 kilometers, the Hoplite rocket will be able to impact enemy artillery or ground units without the risk of receiving a strike in response.

So far, only a concept appears before us, which in the future may not become a real combat system, but the very fact of this development is remarkable. If the first reaction to this development inevitably looks like “what is all this for, if you already have a UAV?”, Then in the future, undoubtedly, it appears that the interceptability of missiles and UAVs during the war against a developed enemy will inevitably be different: UAVs, which are shock, reconnaissance, can rarely surpass the bombers of the Second World War, and the army, which has its own powerful air defense (and, unlike the Russian armed forces in Georgia in 2008, ready for its intensive use) and striking such targets packs. At the same time, the maximum speed of the rockets, even with the use of such a somewhat unusual engine, will make the solution of this task much more difficult.

It is worth noting that the European manufacturer of guided missiles may well bring their plans to life. This is evidenced by all previously implemented projects of the company. Not so long ago, the company MBDA began production for the UK new burglar munitions called Fire Shadow. According to Steve Wade, who is the representative of MBDA in the UK, the test launches of the hovering missiles are fully completed. At the same time, the Fire Shadow rocket successfully hit several moving and stationary targets. As previously reported, the Fire Shadow rocket was launched into mass production in 2012, this rocket was created on the order of the British military. 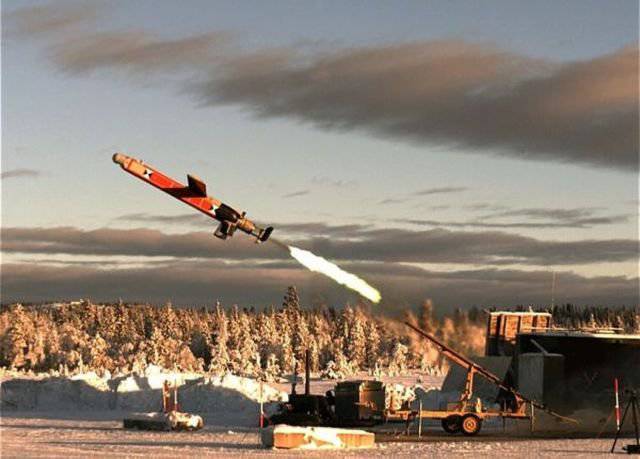 Fire shadow
According to Steve Wade, this sophisticated ammunition was created by MBDA in close cooperation with the UK Department of Defense. It was possible to implement the project in a relatively short period of time. The first information about the start of work on the creation of a “hanging” rocket appeared in 2007 in the framework of the program Team Complex Weapons.

It is reported that the Fire Shadow guided missile weighs no more than 200 kg., Has a cruising speed of 270-550 km / h, the range of the missile is up to 100 km. A barrage shell may rise to an altitude of up to 4600 meters and soar over a combat area for 6 hours. During the flight, the rocket transmits its coordinates and visual data to the operator’s console. As noted, “hovering” rocket is able to be effectively used in conjunction with attack helicopters and modern UAVs.

Barrage missiles, like the Fire Shadow, significantly increase the mobility and firepower of the ground forces. They have a real opportunity to wedge small units into the enemy’s defense on the move, without waiting for the deployment of their own artillery units and air support. The saturation of the battlefield with anti-missile guided missiles makes it possible to quickly deal with armored vehicles and various enemy fortifications, as well as to conduct fast offensive operations that demoralize the enemy.

Ctrl Enter
Noticed oshЫbku Highlight text and press. Ctrl + Enter
We are
Soviet anti-tank grenade launchers. Part 1Anti-tank weapons of the Soviet infantry during the war
17 comments
Information
Dear reader, to leave comments on the publication, you must to register.