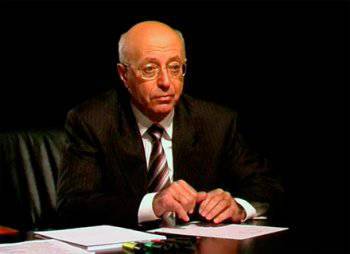 The manifesto of the movement "The Essence of Time", written and read during the Summer School


The full text of the manifest:
Russian language: http://eot.su/sites/default/files/manifest_eot.pdf
Soundtrack - reading the manifesto at the summer school: http://ifolder.ru/25330943

AFTER CAPITALISM
Manifest of the movement "The Essence of Time"

Introduction Conceptual and existential frame
Any movement unites people with different views and beliefs. These differences are natural and in some sense necessary. But this has nothing to do with omnivorous: there must be something that unites people who decide to do a common thing together.
And this is something - not even some general principle, but a certain frame, outlining the political, moral and existential territory common to all participants.
What is the frame for the movement "The Essence of Time"?

It is composed of only four principles.

Principle #1. We all treat the collapse of the USSR as a personal tragedy. The forces responsible for this collapse deprived us of our homeland. This is especially clear now, when all the same forces seek to finish Russia to the end, using literally the same methods that allowed them to organize the collapse of the USSR.
So, the loss of the USSR for us is a loss. The pain of this loss over the years has not subsided. Quite the contrary. For as time passes, the tragic realization of how much we lost then increases.
The ruined Soviet Union lives in our hearts. And since he lives in them - the USSR can be restored.
The ability to keep in heart what has disappeared in reality is the main prerequisite for revenge. Yes, it is revenge - we are talking about him and only about him.
The desire for revenge - is the realization of the bitterness of defeat and readiness for victory. Only this and nothing else.
We are experiencing the collapse of the USSR as the defeat of our people and our personal defeat. But we did not capitulate. We are ready to continue the fight and win.

Principle No.2. We want to know why the Soviet Union collapsed and who is guilty of this tragedy. We understand that the answer to this question is extremely complicated. What the enemy used against us is complicated and insidious weapon. That the enemy and now creates all sorts of false targets and smoke screens. We do not want simple answers. For we understand that simplicity is worse than theft.
We will not spare the powers of the mind and soul in order to reach the truth. We are ready to learn, to take new and new barriers of difficulty in the search for a final answer.
Not ready to give a final answer today, we will give it tomorrow. Russian tales speak of seven pairs of worn iron boots. If necessary, we will stop seventy-seven pairs of such iron boots. For we want the final answer to your question. And we will get this answer.

Principle No.3. We want to understand not only who is guilty of the collapse of the USSR and what is the true intention of the forces that managed to ensure its collapse.
We also want to understand how to return the lost. Only for this we break through to the truth. Returning the lost is even more difficult by an order of magnitude than getting an answer to the question of who, how and why took our beloved away.
We are not afraid of this complexity. We want to find a real, complete answer to the question of how to recover the lost. And we will get this answer.

Principle No.4. Without love, reason is powerless. Without a mind, love is blind.
But both mind and love are not enough. We want an understanding of the nature of our defeat, an understanding of the paths to victory — not just to amuse our mind and soothe heart pain. We want to not only understand how to return the lost. We want to return this lost.
The heart and mind, even when united, are powerless if there is no will. We have this will. We want to fight to regain the lost. We do not want ecstasy, we will not convulse. We can cool the feeling without losing it. Our mind can and will take one barrier of complexity after another.
But all this for us is not an exercise of the soul and mind. We need to love and know in order to act.
Following Marx, we say: scientists have been explaining the world too long, while the point is to change it.
That's all that unites us. Only these four principles - and nothing else. They set the conceptual, moral, existential, political framework. Inside it, we feel and think differently. We just go to the general path. We believe that traveling in search of the lost will bring us closer together. And while we will always remain different. This, we repeat, is normal and even necessary. Differently, we experience a loss and understand the nature of this loss.
But we want to return the lost. And we will return it.
Those who do not share the four principles that unite us, let them step aside. Both sectarian intolerance and lack of will of omnivorous are equally alien.
Having stipulated all that unites us, we turn to what, in our opinion, makes possible the realization of our main and only strategic goal.

Part of 1. On the content of the modern era

Chapter 2. Renunciation and the Renewals
Twenty years ago, under the slogan of returning to world civilization (that is, capitalism), under the slogan of accelerating the attainment of “normal life” (that is, capitalism), a fundamental renunciation of its own historical path in the name of accelerated construction of a “bright capitalist future” occurred.
Particular cynicism was that this renunciation was formalized as a return to the primordial national traditions that the "bolshevik reptiles" trampled.
The renowners metered used pre-Soviet symbolism and semantics. Dismembering the empire and trampling down all the values ​​that had created it, the Ottomans presented an anti-Soviet pseudo-imperial surrogate to the people. At the same time, they didn’t conceal the fact that we are talking about a surrogate, which should reconcile the broad strata of Russian society with their new policies.
At the same time, the devotees did not hide their contempt for these widest strata. Encouraged by the fact that the “strata” had already supported them, having chosen Yeltsin in June 1991 as president of the RSFSR, the otverchents regarded the population that supported them as cattle, “people” who “eat” any surrogate.
It is possible and necessary to discuss the reasons why a terrible dream of renunciation has lasted in Russia for twenty years. And one cannot but admit the obvious: this dream could not have lasted so long if Russia had not received terrible damage.
The dream of renunciation is unprecedentedly long. Its consequences are horrible and humiliating. This applies to everything: education and health, industry and agriculture, defense and security, law and order, and demography.
All this does not allow us to dismiss the question of whether the country is alive at all. Let us leave the optimists on duty alone with those who are on duty listening to their on-duty exclamations about the fact that Russia "rose from its knees." And we will honestly ask ourselves: is it about an incredibly long and nightmare dream - or about the death of a country?
Asking this question, we will not play in the giveaway. And we will carefully measure the parameters that allow you to get the truthful answer to this terrible question. And we recognize that Russia, having embarked on the capitalist path in an ugly way as never before, received a terrible trauma. But, nevertheless, she is alive. And little by little he comes out of his twenty-year-old sleep, very similar to a coma.
No need for sweet illusions. Russia has not yet fully awakened. She still fluctuates between life and death. The possibility is very great that the forces that need precisely the death of Russia will achieve what they are looking for. But no matter how great this opportunity, Russia has a chance to live. And this chance must be used completely. Any lack of will, any apathy, any references to the infinite weakness of Russia's friends and the infinite power of its enemies are unforgivable here.
But what should be offered to Russia, which the capitalist temptation has already brought to a coma? The same capitalism, but in an immeasurably larger dose, plus the suppression of the whole anti-capitalist? And if the whole tradition is anti-capitalist? Then it should be suppressed all entirely? But then what will be left of Russia?

Ctrl Enter
Noticed oshЫbku Highlight text and press. Ctrl + Enter
We are
The world we leave, the world we enter, and the world between themEurasian big question
Military Reviewin Yandex News
Military Reviewin Google News
36 comments
Information
Dear reader, to leave comments on the publication, you must to register.