Militants in southern Syria destroyed trucks with their weapons 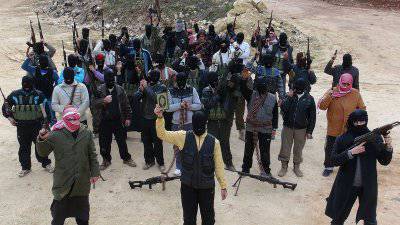 Militants on the border of Syria and Lebanon destroyed the trucks that carried them weapon from the Hamas military group. This writes on Monday Al-Habbath News.


According to a source among the militants, the situation occurred due to the mistake of the commander of the battle group, who confused the flags of Hamas and Hezbollah. In this case, why the militants did not attempt to capture the column is not reported.

After the destruction of the column, the second Al-Nusra Front militant group of terrorists who came to the rescue explained the mistake to the first group. In this case, the militant commander was shot.

Weapons and ammunition were blown up along with the trucks. As reported by eyewitnesses to use this weapon will not work.

In addition, the Israeli television channel 9TV reported that it was an American weapon that was delivered by Americans under the flags of Hamas. If this is true, then this is the second unsuccessful attempt by the United States to supply weapons to the militants.

This is not the first event that demonstrates the absolute lack of coherence between the various militant groups in Syria.