Opponents of Bashar al-Assad will have to strengthen. The US blames it on Russia 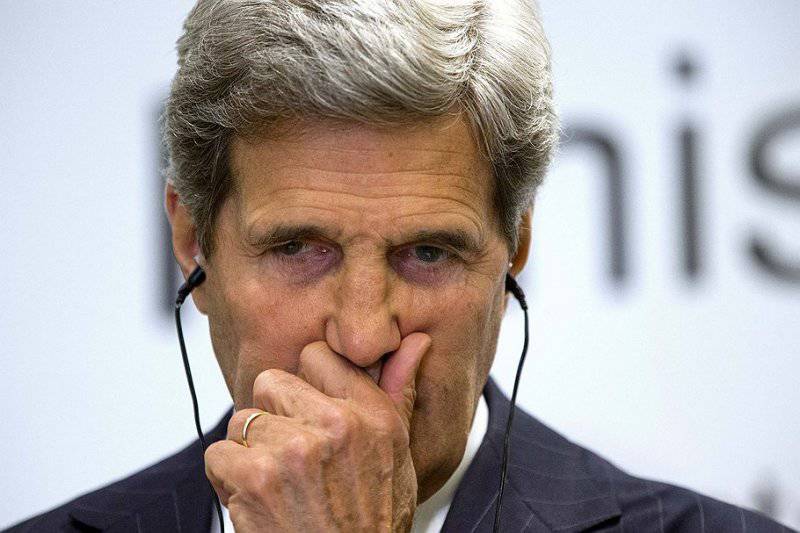 In the capital of Qatar, Doha, there was a meeting of the group "Friends of Syria" - a coalition of states that support the overthrow of the regime of Bashar al-Assad. Its participants decided to strengthen the assistance of the opposition in order to quickly achieve a breakthrough in the confrontation with Damascus. And US Secretary of State John Do Kerry, who visited Doha, made the most drastic statement about the Russian Federation during the entire conflict. He first publicly doubted Moscow’s commitment to a Syrian settlement and blamed her for coming to Syria to help Bashar Assad of Iran and the Lebanese Hezbollah group.


The illusions that Russia and its G8 partners are able, at least in general terms, to coordinate their position on Syria, existed only a few days after the G-8 summit. US Secretary of State John Kerry, who participated in the Doha meeting, who, together with Russian Foreign Minister Sergei Lavrov, initiated a new peace conference on Syria (Geneva-2), actually placed the main blame on Moscow for the continuation of the confrontation in Syria. “Russia is arming Syria. Therefore, although Russia seeks, ostensibly, seeks a political solution, it provides Assad with the opportunity to join forces with both Iranians and Hezbollah to wage a more intense war against their own people,” said Kerry. Parrying the traditional reproach of Moscow that the Friends of Syria, for their part, are arming the opposition, the US Secretary of State did not deny this, but called such actions to be in the interests of the Syrian people. "The opposition has made it clear that it is ready to take protection of the entire population of Syria, while Assad is waging war against the majority of the inhabitants of Syria," he explained.

The main task of the "Friends of Syria" was formulated by the Premier and Foreign Minister of Qatar, Sheikh Hamad Bin Jasim Al-Thani: "Only moral support is not enough, to achieve justice, strength is needed." According to the Friends, the settlement in Syria should look like this: at the first stage, it is necessary to achieve a radical change in the military confrontation in favor of the opposition as soon as possible, and then hold a Geneva-2 conference. With such a scenario, the conditions at a peace conference would be dictated by the opposition and the Geneva-2 would be reduced to a discussion of the conditions for the surrender of the regime. The final communiqué adopted in Doha emphasizes that the Bashar Asad will not play any role in the transitional body to be created in Syria as a result of the peace talks.

Terms and volumes of deliveries weapons Syrian opposition has not been disclosed. At the Doha meeting, they did not accept a single plan, agreeing that each of the 11 countries would act on their own. According to the communiqué, henceforth, weapons of the opposition will be delivered centrally through the command of the Free Syrian Army led by General Salim Idris.

According to information from the ranks of the Syrian opposition, 5 from 11 "Syria's friends" are immediately ready to begin supplying weapons, the rest are ready to provide military-technical assistance at a later stage. Among the weapons that can get rebels, experts called anti-tank missiles and MANPADS.

The Doha conference finally divorced Russia and the United States together with other "friends of Syria" on opposite sides of the barricades in the Syrian conflict. Nevertheless, in Doha, Secretary of State Kerry made another ritual statement about the readiness to “work closely with Russia” to achieve peace in Syria. Tomorrow in Geneva, the tripartite consultations of the United States — Russia — UN should pass. Wendy Sherman, Deputy Secretary of State for Political Affairs, and Robert Ford, former ambassador to Syria, will represent the American side, the Russian deputy head of the Foreign Ministry, and the special envoy of the Russian president for the Middle East, Mikhail Bogdanov. As expected, they will hold talks with the UN special representative and the Arab League on Syria Lakhdar Brahimi, the results of which can be called the date of the "Geneva-2".