"Everything can not immediately change." Ex-Chief of the Main Staff of the Ground Forces commented on the decisions of the military leadership in emergency 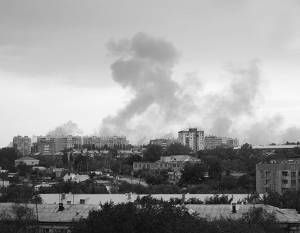 “This is another plus for the Minister of Defense, that he is so instructive, taking measures to eliminate this danger,” said Yuri Bukreev, former Chief of the Main Staff of the Ground Forces, about the measures taken by Sergei Shoigu, when confronted with a serious incident at the post. Minister of Defense.


The explosions at the test site near Chapaevsk were the first large-scale incident that occurred under the new head of the Ministry of Defense Sergei Shoigu. Despite the fact that the site where the emergency occurred, is under the supervision of the Ministry of Industry and Trade, the head of the military department independently made a number of decisions on Wednesday and sent the forces and means at his disposal to the fire area.

According to the press service of the Ministry of Defense, four helicopters of the command of the Air Force and Air Defense of the Central Military District, equipped with overflow devices, unmanned aerial vehicles for reconnaissance of the ground, as well as demining groups from the engineering and security battalion of the All-Union Joint Military Operations Division were sent from the Ministry of Defense to eliminate the consequences of the explosions. , the personnel of which has special training during the work on the complete demining of the area.

“In order to eliminate the consequences of a fire, the headquarters of the Central Military District will deploy an operational headquarters that coordinates and interacts with the forces of the Emergencies Ministry of Russia,” the report says.

The newspaper VIEW addressed the former Chief of the Main Staff of the Ground Forces, Colonel-General Yuri Bukreev, with a request to evaluate the actions of the minister in an unusual - in this post - setting for him. 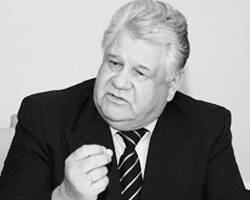 VIEW: Yuri Dmitrievich, how would you rate the measures taken by the new minister in an emergency situation?

Yuri Bukreev: The Army has always participated in natural disasters and emergencies. This is a function of the army, there is nothing special. This is another plus for the Minister of Defense, that he is so instructive, taking measures to eliminate this danger.

It is very true that there are means in the Armed Forces that allow you to fight a fire. Who will rake trouble for us in his own house? Of course, ourselves.

VIEW: Military engineer-sapper units were deployed to the fire area ...

YB: This is their direct task. We used to have four deployed engineering-sapper brigades and four brigades of radiation, chemical and biological protection, which in the event of accidents, catastrophes, including ammunition, chemical weaponsready to act. The minister has the right to use them, and it is correct that he attracts them.

VIEW: How did Shoigu's predecessors usually act in such situations?

YB: None of the emergency situations did not involve the Armed Forces. And Serdyukov, when he received the order or order of the Supreme Commander, carried it out without any doubt.

VIEW: How, in general, in your opinion, did the change in leadership of the military department affect the security of warehouses that previously exploded several times a year?

YB: If a new person has come, everything cannot immediately change for the better. These are long complex processes. Once a careless decision is made, it can lead to such consequences that they can be corrected within 10 – 15 years. Once, under Khrushchev, there was a massive downsizing of officers, and it took 25 years to eliminate the shortage.

With the advent of the new leadership of the Ministry of Defense, very good steps have been planned: to preserve the old system of higher military education, strengthen companies and battalions with educational structures, and return medicine to the place — a whole series of good intentions. But now it is time to implement them, but they cannot do it. Because everything depends on the once and for all approved number of the Armed Forces - 1 million people. Whatever he wants to do - everything will be limited by the number.

The new leadership of the Ministry of Defense and the General Staff was given the opportunity, immediately when they were appointed, to determine the parameters of the Armed Forces, including the size parameter. If it were immediately stated that there must be at least one and a half million people, or even more, in order for the soldier to serve at least a year and a half, so that he would serve in the army for at least a year and receive training, then it would be possible to move forward. And now we are at an impasse.

The same applies to arsenals, bases, etc. Professional attendants have been reduced to the limit. Civilian, incompetent people came. Therefore, this attitude to storage. This is a very delicate area of ​​activity. There were engineers with engineering education who knew how to handle ammunition, how to instruct personnel who are allowed to do this work, they took tests from personnel who serve ammunition, monitored the condition of storage facilities, and plowed down firebreaks. And after reductions, with the number that now exists, it is impossible to monitor the fire condition, the normal conditions of ammunition maintenance.