How Moscow defended Syria. The situation is similar today, evolved in the region and in 1957 year 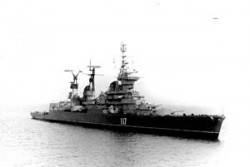 As soon as the Syrian troops, supported by the majority of the country's population, began to win victories over the armed opposition, that is, around April 2013, the policy of the United States and NATO towards the current Syrian leadership sharply tightened. Hundreds of American marines were deployed to the north of Jordan near the border with Syria. This is reported by many sources, including, for example, London "The Times" And from Damascus to the border with Jordan, we note - only 60 km ...
Saudi Arabian King Abdullah interrupted his vacation in Morocco and returned to Riyadh, as officially reported, "in connection with the events unfolding in the region." Recall that the reaction of the USA and their satellites was very similar and in connection with the beginning of the turn of the situation in Libya in favor of M. Gaddafi and his loyal troops in June-August 2011.


As for the current position of Russia, Foreign Minister Sergey Lavrov, in his recent speeches, declared that the West’s direct military support of the “anti-Assad” opposition and NATO’s plans to introduce the notorious zero-fly zone over Syria are unacceptable. Russia said it was ready to replace the Golan Heights - the area of ​​demarcation between the troops of Israel and the Syrian army - peacekeepers from Austria, but only at the request of the UN and if the countries of the region are interested in this. Iran also declares solidarity with the B. Assad government.

Recall that in this region a similar situation was already in 1957 year. However, the position of the USSR on Syria, unlike today, was supported by Egypt, Yemen, and Sudan at that time. In addition, the USSR in those years had large military bases not only in Egypt, but also in nearby Bulgaria and Albania.

Then, in 1957, the Americans tried to isolate and blow up Syria from within, which was completing negotiations with Egypt on the creation of the United Arab Republic.

(Recall, the UAR - the united state of Syria and Egypt officially existed from February 1958 to September 1971)

It was about the overthrow of the “pronaser” (Egyptian President Gamal Abdel Nasser) Syrian President Shukri Kuatli. At first it was planned to do this with the participation of Israel, Jordan and Lebanon, but under all sorts of pretexts their authorities were eliminated from such an “operation”. Unlike Turkey, directly or indirectly, heightened tension on the Turkish-Syrian border. (Turkey became a member of NATO in February 1952)

Five ships of the 6th American fleet approached the Syrian coast on September 8, and on the 24th another 38 US warships, headed by the Lake Champlin aircraft carrier, were transferred to the eastern Mediterranean. On the ships were about 10 thousand marines.

At the same time, the Soviet cruiser Zhdanov (in the photo) and the destroyer Svobodny were sent to the Syrian shores. Soon they arrived at the port of Latakia, and this was the first visit of the Soviet ships to Syria.

The ships of the Soviet Navy stayed in the Syrian port until October 1, which prevented the implementation of NATO plans against Damascus. And October 7 N.S. Khrushchev openly told the New York Times correspondent J. Reston that "the USSR is serious and will not allow an attack on the Syrians."
“The US ruling circles are literally pushing Turkey against Syria, and Turkey ... even bares certain parts of the border with the Soviet Union. But she does it in vain ... ". Khrushchev also added that “... the US is far from this area, and we are in the neighborhood. If guns start firing there, it will be hard to stop. From machine guns and guns, things can go as far as missiles, with grave consequences. And we make no secret of having sold some weapons Syria for its self defense. ”

Simultaneously, the 6-12 of October with the visits of the ports of Yugoslavia and Albania were visited by one cruiser and two destroyers of the Soviet Black Sea fleet. And on October 13, the Egyptian sea transports arrived in Syria Latakia, delivering the first detachments of Egyptian troops equipped with Soviet weapons to strengthen Syrian defense. The USSR strengthened its troops on the land and sea borders with Turkey, and in Istanbul military actions from the USSR and Bulgaria on the Black Sea began to be feared.

At the same time, the number of US troops at military bases in Turkey and Greece continued to increase.

However, the United States and its allies feared that Soviet ships could "lock up" the American fleet, together with their marines, between the bases of the USSR near Alexandria (Egypt) and Vlora (Albania).
In addition, the United States and Turkey never received unequivocal approval for intervention in the Syrian situation from London, which had military bases in Malta, Cyprus and up to October 1958 inclusive - in Jordan, as well as from Paris. The British and French, apparently, did not forget about the refusal of Washington to support them during the Egyptian crisis and aggravation of relations with the USSR in the autumn of 1956.

Managed to withdraw from the support of these aggressive plans and Iran. With a call to abandon the escalation of tension around and inside Syria, Yugoslavia came out in mid-October. And relations with her, as is known, were important for the United States, and indeed for the West as a whole.

Finally, on October 18, 1957 published a TASS Statement, which, inter alia, noted that “... the Turkish General Staff, together with American military advisers, developed an operational plan for conducting military operations against Syria ... No one should doubt that in the event of an attack to Syria, the Soviet Union, guided by the purposes and principles of the UN Charter and the interests of its security, will take all necessary measures to assist the victim of aggression. " At the same time, in Egypt, Sudan, Iraq, Yemen, Jordan, armed groups of volunteers were formed to be sent to Syria.


It was the principled position of Moscow, of other countries that also actually opposed the invasion of Syria, then allowed to preserve Syrian integrity and sovereignty.

So the dangerous precedent, directly linked to Syria, in the Middle East stories already was, and not so long ago, we note ...

Ctrl Enter
Noticed oshЫbku Highlight text and press. Ctrl + Enter
We are
Unconquered Sahara. The fate of the "partially recognized" republicGumiera: Morocco Berbers in French military service
32 comments
Information
Dear reader, to leave comments on the publication, you must to register.