Experts explain the appearance of Russian ATGM in Syrian militants

21 2013 June
116
The newspaper Al-Shark al-Ausat, published in the British capital, reports with reference to its own sources in the command of the Army of Free Syria, that opposition fighters have recently received the Russian-made Konkurs 250 order. Virtually all missiles were delivered to radical Islamist groups. The article notes the fact that anti-tank missiles were delivered to Syria by one of the countries in the region and fell into the hands of militants through Turkey. New anti-tank weapons were transferred to the most combat-ready units of the Islamists, who are fighting in the Damascus, Aleppo and Idlib areas.


According to the newspaper, in parallel with these supplies in Turkey, consultations are under way with the participation of Syrian opposition forces. At these consultations, the issue of expanding arms supplies to opposition forces is being resolved. Al-Sharq Al-Ausat newspaper claims that this process will occur with the approval of the US administration. It is worth noting that in the last 2 of the month a lot of videos appeared on the Internet, where you can see the defeat by the opposition fighters of the armored vehicles of the Syrian government army. Allegedly, in most cases, Syrian militants used Russian-made anti-tank missiles.

Deliveries to Syria of Russian-made anti-tank missile systems (ATGM) could be made through Lebanon from Libya, in an interview with RIA News told Igor Korotchenko, who is the editor-in-chief of the magazine National Defense. Earlier, in a number of media outlets, information was published that the Syrian opposition militants had recently received about Konkurs 250. According to Korotchenko, Saudi Arabia or Qatar can stand for the supply of anti-tank systems, or the United States. From the territory of Libya, where a large number of Soviet and Russian weapons, such a delivery option is more than possible, if, of course, the information that appeared in the press is actually true. 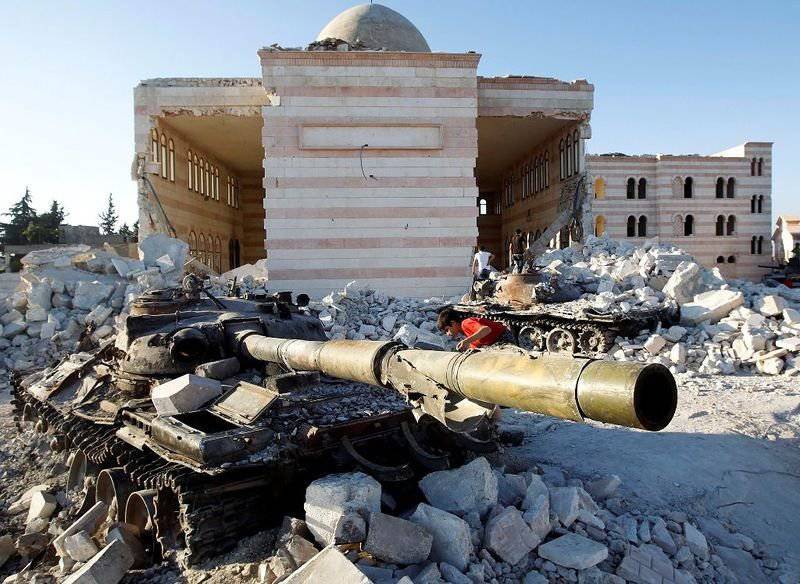 Currently, this is nothing more than publications in the media, at the same time, any data must first be carefully checked, said Igor Korotchenko. He also added that illegal deliveries of various weapons to the Syrian opposition units have been going on for at least a year, despite assurances from US President Barack Obama that deliveries can only begin in August of this year.

The interlocutor of the RIA Novosti news agency explained that from Libyan territory the weapon enters the sea in Lebanon, where it is loaded into car trailers and delivered to the insurgents through uncontrolled parts of the Syrian border. Korochenko doubts that the state - the legal buyers of Russian weapons would begin to carry out such re-export shipments. “Russia always requests an end-user certificate. This means that the government of the country in question provides Russia with an official guarantee that the weapons supplied by the Russian side will be used only by the armed forces of this state. I believe that legal buyers of Russian arms would at least refrain from such re-export shipments, ”explained Igor Korotchenko.

The expert noted that if the Syrian government forces succeed in capturing specific models of anti-tank systems, it will be easy to determine from the available serial numbers where these weapons were produced and to whom they were shipped. “We should not forget that after the overthrow of Muammar Gaddafi in Libya, the Soviet and then Russian weapons, which were in the army warehouses, he bought were looted and pillaged. Then one of the Western intelligence services organized a secret channel for the supply of part of this Libyan weapon to the Syrian rebels. About this earlier, last year, the world media have already written. It is precisely this that seems to be the most probable and reliable variant of how Russian ATGMs could fall into the hands of armed opposition groups, ”the expert noted. 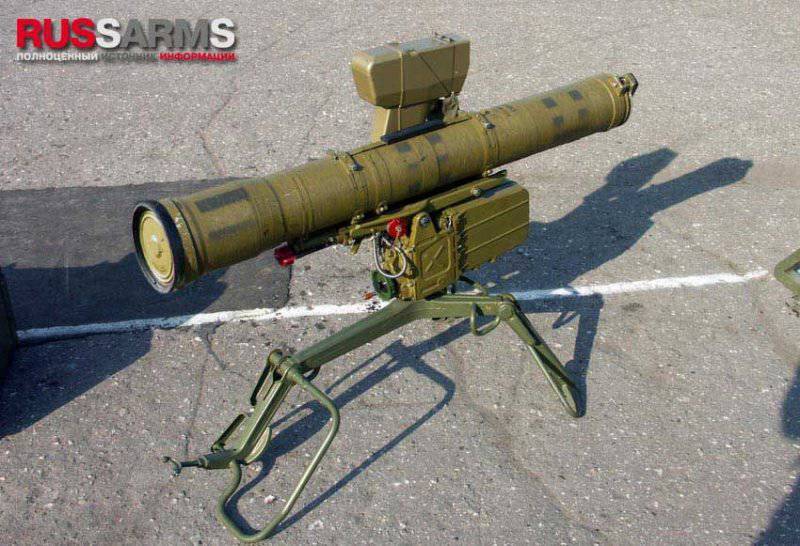 Vozimo-portable ATGM "Konkurs-M" is designed to destroy modern armored vehicles, including those equipped with dynamic protection, fortified enemy firing points, fixed and mobile small-sized ground and floating targets, as well as low-flying helicopters, including in difficult meteorological conditions and at any time of the day. This anti-tank complex was created in the famous Instrument Design Bureau in the city of Tula. The complex was adopted by the Russian army in 1991 year. The creation of this complex was an undoubted achievement in the field of anti-tank weapons KBP from the city of Tula, and paved the way for this KB to a leading position in this market segment.

If necessary, the launcher of the complex and ammunition can be quickly dismantled and removed from the combat vehicle for autonomous shooting. Combat calculation of ATGM - 2 man, missile control system - semi-automatic. Commands are transmitted via a wired communication line. On the launcher, the 9ШХNNXXМ119 visor is mounted, the 1PN1 or 65PN1-86 “Mulat” thermal imaging device can also be used. This ATGM can use the ATGM of the earlier Fagot systems (1М9, 111М9М) as well as the Konkurs (111М9) as ammunition. In this case, the actions of the operator of the complex do not change when changing anti-tank missiles.

The main carriers of ATGMs are armored tracked and wheeled combat vehicles: BMP-1, BMP-2, BMD, BTRD, MT-LB, BRDM-2, as well as light vehicles like jeep and even motorcycles, as well as other vehicles. A missile equipped with a tandem warhead is able to hit targets at a distance from 75 meters to 4000 meters in the daytime and to 2500 meters at night, the armor penetration of the missiles amounts to 800 mm.

Ctrl Enter
Noticed a mistake Highlight text and press. Ctrl + Enter
We are
Korean People's Army. Anti-tank weaponsSyria: Americans scare themselves, and Asma Asad buys chairs
116 comments
Information
Dear reader, to leave comments on the publication, you must to register.