KRET presented at Le Bourget a newest navigation system as part of the avionics of the Su-35С fighter. 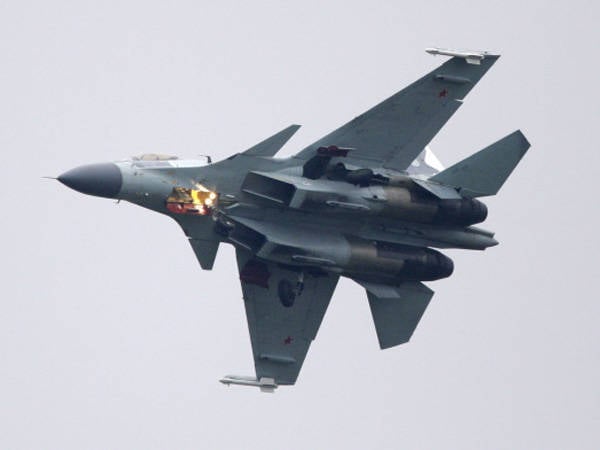 At the Le Bourget-2013 international aerospace show, Russia introduced the Su-35S multifunction fighter equipped with the latest BINS-SP2 in-flight inertial navigation system. It is fully developed and created at the enterprises of the Concern Radioelectronic Technologies (KRET) of the State Corporation Rostec. BINS-SP2 autonomously determines the location of the aircraft in the absence of satellite navigation and communication with ground services. The new navigation system will be used on the fifth generation fighter T-50, created in the framework of the program “Perspective aviation Frontline Aviation Complex ”(PAK FA).

The BINS-SP2 system is intended for determining the location of an object, integrated processing and issuing navigation and flight information. The system is capable of offline determination in the absence of signals from the outside to determine the coordinates and motion parameters of the object on which it is installed. The architecture of BINS-SP2 is based on three laser gyroscopes and three quartz accelerometers.

Bins-SP2 is able to determine the location of the aircraft twice as accurately as the previous version of the system. The development and testing of equipment was carried out by the Moscow Institute of Electromechanics and Automation (MIEA) - one of the leading scientific centers of KRET. Production of BINS-SP2 is mastered at the production facilities of the Ramensky Instrument-Making Plant, also part of the Concern.

“The BINS-SP2 system is capable of operating at ultrahigh and ultralow temperatures from minus 60 to plus 60 degrees at altitudes up to 25 kilometers,” Alexei Kuznetsov, Director General of MIEA, said, “it corresponds to the world's best analogues”.

“The cost of the system, fully developed and produced by Russian enterprises, is more than 40% lower than that of their foreign counterparts. At the same time, according to the tactical and technical characteristics, BINS-SP2 is ahead of foreign equipment, ”says Anatoly Chumakov, General Director of the RPG. “We expect a high level of demand for BINS-SP2 from both military and civilian customers.”

The life cycle of BINS-SP2 is 10 thousand hours, which is almost two times more than the existing analogues in the world. It is planned to install three modified systems for civil aircraft, and two for military ones. Bins-SP2 is universal and can be used both on air, and on sea and land equipment.

OJSC "Moscow Institute of Electromechanics and Automation" (MIEA) - Russian enterprise for the development of aviation instruments, navigation and control systems, founded in 1951 year. In particular, MIEA produces autonomous and adjustable inertial navigation systems, steering, electrical and automatic flight control systems, computing systems for navigation and navigation. The company participates in the development of avionics for the MS-21 and Tu-214 aircraft, for the Ka-226 helicopter, as well as in the design and supply of on-board radio-electronic equipment for the PAK fighter.

OAO Ramensky Instrument-Making Plant (RPP) - one of the leading and largest Russian manufacturers of onboard avionics, flight-navigation systems for civil and military aviation. One of the best in Russia for the production of laser gyroscopy products for SINS. The factory was founded in 1939. Included in the concern "Radio-electronic technology." Number of employees - 3 thousand people.

Russian Technologies State Corporation (Rostec) - Russian corporation, established in 2007 year to promote the development, production and export of high-tech industrial products for civil and military purposes. It includes 663 organizations, of which 8 holding companies in the military-industrial complex are currently formed, and 5 in civilian industries. Rostec organizations are located on the territory of 60 subjects of the Russian Federation and supply products to markets in more than 70 countries of the world. Net profit in 2011 amounted to 45,6 billion rubles, tax deductions to the budgets of all levels reached 100 billion rubles.
Ctrl Enter
Noticed oshЫbku Highlight text and press. Ctrl + Enter
We are
Concern "Radioelectronic Technologies": supplies and developmentsMedia: Putin vainly admired the T-50 fighter - he was shown the plane with the old stuffing
Military Reviewin Yandex News
Military Reviewin Google News
30 comments
Information
Dear reader, to leave comments on the publication, you must to register.