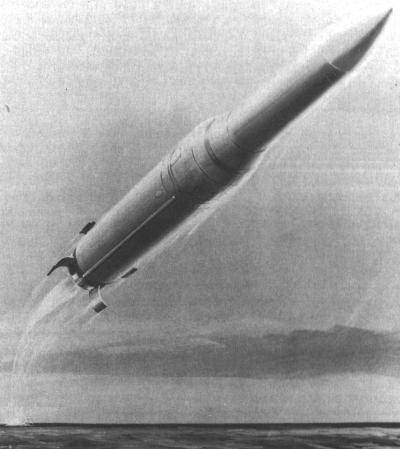 From the mid-sixties, American submarines armed themselves with anti-submarine missiles UUM-44 SUBROC. These ammunition allowed the enemy's submarines to be hit with an 5-kiloton warhead at ranges up to 55 kilometers. Anti-submarine defense of surface ships in the same years was carried out using the RUR-5 ASROC missiles, which delivered a torpedo or nuclear depth bomb to a range of up to nine kilometers. In the early eighties, the command of the US Navy considered the characteristics of both missiles insufficient. Seamen, as the commanders thought then, needed a more powerful and long-range weapon. To create it, the Pentagon launched the ASWSOW program (Anti-Submarine Warfare Stand Off Weapon), in which four companies took part.


Among the participants of the competition was the company Boeing, the technical proposal of which completely satisfied the customer. In 1982, a contract was signed and the development of a new weapon began. The Pentagon wanted an anti-submarine missile suitable for use on surface ships and submarines. The first option received the symbol RUM-125, the second - UUM-125. The project as a whole was called Sea Lance (“Sea Lance”). It is noteworthy that at certain stages inside the design office "Boeing" the rocket was called Seahawk ("Sea Hawk"), but by the mid-eighties only the name "Sea Spear" was used everywhere.

Design work began in 1982 and the program was reduced in just a few months. The Pentagon considered it unnecessary to develop an anti-submarine missile for surface ships. The fact is that, due to certain aspects of a technical nature, the new RUM-139 VL-ASROC project, which was a deep upgrade of the previous RUR-5 rocket, was considered more convenient for ships. In this regard, further developed only ammunition for submarines - UUM-125 Sea Lance. The absence of the need to unify the weapons of ships and submarines greatly facilitated the work of designers. Due to this, it took not much time to design a rocket.

As a result of the design work, the final appearance of the anti-submarine missile was formed. It was assumed that the UUM-125 ammunition would be launched not from a submarine mine, but from a special transport and launch container (TPK). Start in this case should look like this. The crew of the submarine enters the program into the rocket's automation and places the WPK in the torpedo tube of a millimeter 533 caliber. Then the container with the rocket leaves the vehicle and floats to the surface, assuming a vertical position. On the surface, the sealed container lid opens and allows the launch of the rocket. Taking off at a certain height, the rocket drops the warhead and it continues to move along a ballistic trajectory. At the right moment, the warhead opens its own parachute and, having dropped the speed, enters the water.

The proposed original launch method significantly limited the dimensions of the rocket. TPK UUM-125 missiles had to fit into the dimensions of standard 533-mm torpedo tubes, which accordingly affected the appearance of the entire ammunition. The Sea Lance rocket, which visually consisted of two conjugated cylinders of different diameters and a head fairing, had a length of 6,25 meter and weighed about 1400 kg together with TPK. In the larger cylinder, which had a diameter of less than half a meter, there was a solid-fuel engine and control mechanisms for folding stabilizers. The second cylinder with a fairing contained a rocket control system, as well as a warhead - a WNNX depth bomb with a 89 kiloton capacity. The charge of such power was chosen to compensate for the imperfect guidance and target designation system. According to calculations, the 200-kiloton depth bomb could destroy any submarine within a radius of ten kilometers from the explosion point. Over long distances, submarines risked serious damage.

The power of the Hercules EX 116 MOD 0 solid propellant rocket engine allowed the rocket to accelerate to a speed of about 1700-1800 km / h. With this acceleration, the combat unit could overcome the ballistic trajectory up to 185 kilometers. At the same time, the Mk117 guidance system in combination with the original launching method did not guarantee high accuracy of hitting at distances close to the maximum. The customer and the authors of the project understood this, but felt that low accuracy could be compensated for by long range and high power of the warhead.

In the mid-eighties, when the main work on the project was completed, one after another several events occurred that directly influenced the process of creating a new missile system. First, the military offered to make a non-nuclear version of the anti-submarine missile. Because of this, the existing project received an updated UUM-125A designation, and a new one with a conventional warhead - UUM-125B. As a combat load, the non-nuclear missile was supposed to carry the Mk 50 torpedo, slightly modified to connect with the missile units. Due to the change in weight of the payload, the effective range has been reduced to 60-65 kilometers, not counting the 15-kilometer radius of torpedo action. 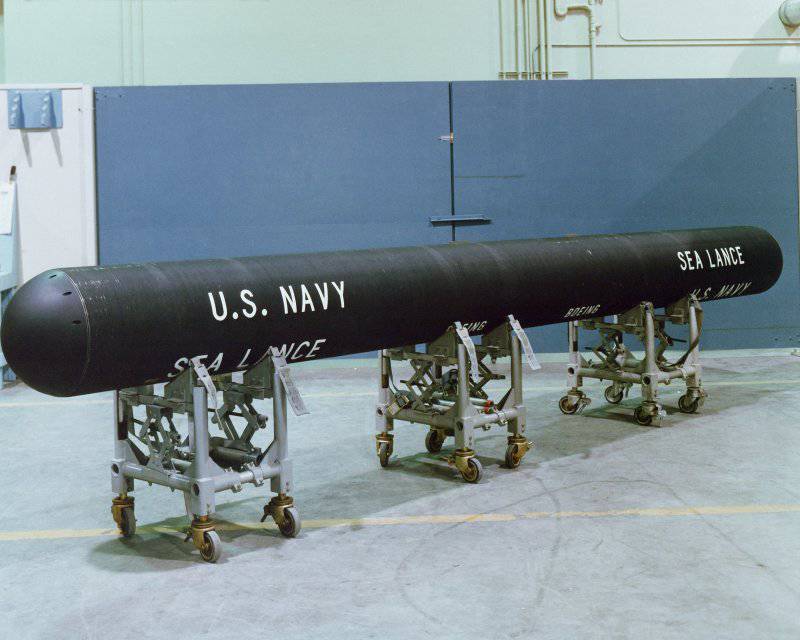 In 1988, the naval forces concluded that it was necessary to return to the idea of ​​a unified anti-submarine missile for submarines and surface ships. In this regard, the project with the letters "RUM" was reopened, but now it was planned to do it on the basis of the UUM-125B with a non-nuclear payload. The fact is that by that time international agreements had entered into force, according to which surface ships could no longer carry nuclear weapons. Therefore, RUM-125B decided to equip the torpedo Mk 50. The work on the missile for nuclear submarines continued, but at a slower pace, since it was necessary to maintain a high degree of unification of the two ammunition. Over time, the development of the UUM-125A rocket virtually ceased.

Requirements for unification led to interesting consequences. The RUM-125B and UUM-125B rockets differed from each other in only a few details, primarily control systems: the missile automation was adapted to interact with the equipment of the respective carrier. As for transport-launch containers, they differed only in the system of opening the lid, since RUM-125B missiles did not need automatic opening of the container after reaching the surface of the water. TPCs with missiles were proposed to be placed in the cells of a vertical Mk 41 launcher, which allowed the use of the Sea Lance anti-submarine complex on any ship of the Ticonderoga or Arleigh Burke project. It is worth noting that these types of cruisers and destroyers serve in the US Navy so far and will remain in service over the coming decades.

At the time of the resumption of the development of anti-submarine missiles for surface ships, the Navy intended to purchase up to 3-3,5 thousands of munitions of both types in a non-nuclear version. However, by the end of the decade, clouds were gathering over the Sea Lance project. The beginning of the trials because of the mass of unexpected technical problems, and the Pentagon constantly reduced funding for new projects. The main enemy of the United States, the Soviet Union, weakened and for this reason, the US military began to gradually reduce their costs. As a result, the remaining problems and insufficient funding decided the fate of the entire program. In 1990, the RUM-125 and UUM-125 projects were closed due to unclear prospects. According to some sources, several rockets were built, but there is no information about their tests.

To equip the ships, they chose a deep modernization of the RUR-5 rocket called RUM-135 VL-ASROC, which was completed by the mid-nineties. As for the submarines, they still have not received any new anti-submarine missiles. After the removal of the UUN-44 SUBROC missiles, which occurred in the late eighties, the American submariners did not receive a new weapon of this class. For the past twenty years and more, only torpedoes can be used to destroy enemy submarines.