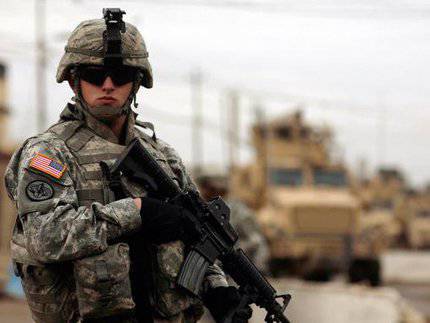 The tension is increasing. The times when the USA wanted to be simply the leader of the world, an authoritative example for other countries, have sunk into oblivion. Now the United States wants to become the hegemon and master of this world.


It started under Clinton, continued under Bush, and under Obama, the process of total power subordination of all other countries to American politics and interests is underway.

In the understanding of this process in America itself there were discrepancies among Democrats and Republicans, but not fundamental ones. Clinton enforced the doctrine, according to which countries were offered free submission to the United States, and those who did not want to obey were forced by force. The Bush doctrine — Henry Kissinger’s geopolitical dish — was intended to subordinate indiscriminately to all of the US security forces, including NATO allies. Today, Obama is maneuvering between these two strategies.

The American approach causes rejection in the world, especially among those who claim the status of world powers. These are China, India, and to some extent Russia. And Europe would like to be one of the centers of the world, and not under the control of the satellite of the United States. In general, it can be stated that a unipolar world order with US hegemony has not been established, and today we are witnessing a trend towards multipolarity.

China itself is well aware that in the coming years, with the current dynamics of development, it will become the first economy in the world. The development dynamics is already putting China on the first place in the world in terms of aggregate authority. But in the field of armaments - especially nuclear - China is inferior to Russia, and especially to the United States. Therefore, the parameters of its nuclear potential tend to increase. China wants to catch up with the American and Russian nuclear potentials, otherwise it will feel detrimental, and builds up its nuclear muscles.

... India and Pakistan are competing, first of all, with each other - they are geopolitical rivals. India is dynamically developing economically and socially, Pakistan lags behind somewhat. But nuclear parity guarantees them security in relation to each other.

But at the same time India is a rival for China, more precisely, China is a rival for India. Seeing the Chinese geopolitical doctrine, reading it, the Indians understand that China stands for a multipolar world, but at the same time for a unipolar — China-centric — Asia. This is absolutely not acceptable for the Hindus, therefore India is also increasing its nuclear component. In this China-India triangle, Pakistan has seen an increase in nuclear weapons. This is what the Americans see. They are well aware that today nuclear weapon is a tool that evens out the incompatibility of the potentials of conventional weapons.

A nuclear weapon, at least in a retaliatory strike, can inflict unacceptable damage on the enemy. Therefore, the Americans are pursuing a line to lower nuclear potentials, and at the same time make a breakthrough in the field of conventional weapons created on the basis of new technological principles.

Washington’s goal is to nuclear-decapitate Russia as the main nuclear rival. To do this, they run two processes. The first is the reduction of nuclear weapons, the second is the creation of an effective missile defense system. That is why the Americans are not experiencing new intercontinental ballistic missiles, and regularly take initiatives to reduce nuclear arsenals. At the same time they are increasing the class of high-precision percussion aids.

The new concept of a fast global strike of the USA was documented on 18 in January of 2003 of the year. Its essence is to prevent the possibility of a nuclear response from Russia and China, and for this, quickly, during 4-6 hours, make the rivals throw out the white flag. This is achieved by a fast high-precision global strike from all strategic directions.

In addition, the Americans adopted a preventive war strategy, and in 2006, they included it in their national security strategy. The meaning of the doctrine is in overthrowing (eliminating) undemocratic regimes that do not want to obey the dictates of the United States and the further construction of a "new nation." That is, the Americans want to overthrow the disagreeable, and then impose upon the "liberated" peoples the standards of subordination, which degrade and demoralize society. Within the framework of the strategy of preventive war, in particular, "color" revolutions were carried out.

Nowadays, the threat of Americans intervening in the affairs of sovereign states has become so obvious that it forces countries to think about building up weapons, both conventional and nuclear.

... The Jesuitism of the official US military doctrine is evident. For example, according to the Clinton Doctrine, the destruction of Iraq should be viewed as a peacekeeping operation. The same can be said about the operation to destroy Yugoslavia. Bush rejected the search for humanitarian reasons for military intervention and stated bluntly that the States intend to destroy not only the states that threaten the United States, but also the countries that may in the future challenge America.

Obama, again, maneuvers between these strategies. This is due to the fact that America has fallen into a severe economic crisis. Therefore, Obama withdraws troops from regions where you can keep control in less costly ways. For example, with Iraq, the Americans did everything they had in mind: they split and weakened the country, launched the process of confronting Sunnis, Shiites and Kurds, and support this situation by organizing explosions in various parts of Iraq. Therefore, they can safely leave Iraq. US companies fully control oil production in Iraq, and allocate funds only for the protection of pipelines, for the safe pumping of resources. What is more?

Americans leave Afghanistan for another reason - they lack silenok. Plus, there is ferment in the minds of the Afghans themselves, who still do not understand why they need democracy. Therefore, leaving Afghanistan, the Americans leave there significant forces - nine operational bases, plus more than 20 thousands of servicemen, plus they actively attract private military corporations to control and maintain the operational readiness of their military facilities.

It is very likely that the case will end in World War III. When we talk about American politics, you need to understand: this policy is subject to the so-called transnational community - the global financial oligarchy, the base of which is the United States. In order not to lose profits, to increase them and strengthen their world power, the world oligarchy is ready to go to a big war.

As long as Russia and China have nuclear weapons, the Americans are unlikely to risk unleashing this war. At least, until they neutralize the Russian-Chinese threat with their missile defense system.

But there is another option, more likely. There will be no big world war, but all over the world the Americans will unleash a chain of local and regional conflicts. As a result, there will be a world civil war of all against all, in which Muslims will fight with Muslims, Christians with Christians, neighbors with neighbors. I think the current situation around Syria is a model of such a war. This model is being worked out so that it can be launched all over the world’s space ...