Expert: US wants to reduce Russia's influence on its neighbors 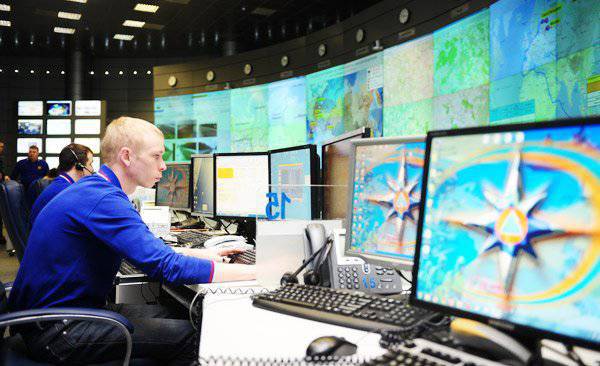 REGNUM presents an article by George Friedman, head of the American intelligence and analysis center at Stratfor, in which the author reflects on the topic of US-Azerbaijani relations and tries to reasonably show how important Baku is to Washington in the context of geopolitical confrontation with Russia and Iran. The article is given with abbreviations that do not distort the general meaning:

"There is a place in the world where the three great powers intersect - Russia, Turkey and Iran, and the place is the Caucasus. Today, the interests of these powers are concentrated in a country called Azerbaijan, which turns it into a kind of battlefield where the interests of the three states clashed opposing for centuries. Before 1991, Azerbaijan was part of the USSR, as well as other states of the South Caucasus. But with the collapse of the Union, when Russia's borders moved to the north, Azerbaijan found itself in the most advantageous geopolitical position. and sharing borders with the two largest regional powers.

Azerbaijan has also become one of the largest producers of energy resources. At the end of the 19th century, half of the oil produced in the world fell on Azerbaijan, whose oil fields in Baku were developed by the Nobel brothers, the inventors of dynamite and the founders of the famous prize. It was there that they made their fortune. Several years ago, government officials invited me to dinner, which took place in the Nobel Brothers mansion. I don’t know what others might think within the walls of this elegant room, but personally I thought about Hitler’s desire to get to Baku and his oil urgently, and also that the fiasco at Stalingrad was, in fact, the result of his attempt to seize Azerbaijani oil fields. Once Azerbaijan was something of a prize in the imperial games. Azerbaijan today is an independent state, but in a very dangerous place.

I note that since the 2008 year, when my book entitled “The Next 100 Years” (The Next 100 Years) was published, I have repeatedly visited Azerbaijan, where there are many people I value dear friends. From my friends I often hear reproaches to my country, they say, the Americans do not want to be friends with us. And since I do not like to scold America beyond its borders, I prefer to divert the conversation in a different direction. Friendship friendship, as they say ...

Azerbaijan craves friendship with America and is perplexed about the indifference with which the United States treats it. This interest over the years only grows. I reliably know this from people I meet from year to year, during visits, which often turn into a test of the strength of my liver.

I travel a lot on duty and know for sure that absolutely everyone is dissatisfied with America; someone for the fact that she did something, and someone for something that did not. In any case, these "all" accuse the United States of treason, and I seem to be personally involved in this. Usually I am indifferent to such things and pay the same coin, but in the case of Azerbaijan I am inclined to stand up for his defense. Azerbaijanis have the impression that America betrayed them. And indeed it is. It's not a matter of sentiment. I must admit that the powers of the friends do not happen, and the United States is obliged to observe only their own interests.

My interest in Azerbaijan requires more compelling explanations. In “The Next 100 Years,” I made a forecast for a number of events, starting with a serious weakening of Europe and a parallel increase in Russia's relative power. The latter has its own problems, but against the background of Europe’s energy dependence on Russia and the fact that Russians have money to buy assets in Europe, its decline in itself means a stronger Russia. The countries that will feel this power on themselves are the states bordering the former USSR: the line from Poland to Turkey, then from Turkey to Azerbaijan - Europe’s eastern anchor in the Caspian Sea.

As for the United States, they will continue to be the dominant force in the world in economic and military terms. The victory in the Cold War went to America, because the USSR was out of the game, although it was unclear over the entire length of the bilateral confrontation who would be the winner in the end. Once on the pedestal, the United States was delighted and did not have a clear idea of ​​what to do next, although they spoke of a new world order. To begin with, the US imagined that the war was behind and was waged solely for the sake of money. Then they began to think that they would spend the next century in the fight against Islamic terrorism. Now, in Washington, it seems, they believe that one should refrain from participating in events taking place in the world - as much as a country with 25% of world GDP is able to stand by.

Bigwigs of American foreign policy are represented by two camps. The first is the realists who argue that the United States must advance its national interests. That sounds reasonable, but until you ask them: “What kind of national interests are these?”? The second camp consists of idealists who hold the view that the United States should use its power in the name of good, be it building democracy or fighting human rights violations. This is a good idea, but until you ask them: "And how are you going to do this?". Usually the answer is: to invade, but kill only the bad.

The point is that the United States, a global force, rushes from conflict to conflict, from one concept to another. It takes time to figure out how to use power. The British lost America, and only after it came to their very understanding. The USA is lucky, they are rich and isolated, and even if terrorists kill some of us, we are not threatened with occupation, like France and Poland. We have time to grow. This brings discomfort to the rest of the world. Sometimes Americans do inexplicable things, sometimes they don’t. When the US makes a mistake, other countries mostly suffer or are threatened. Because of this, some parts of the world want the US to disappear from the map. But this will not happen. Some people want the US to take responsibility for their security. But this will not happen.

But .... Let's go back to Azerbaijan. This country borders on Dagestan inside Russia and on the province of East Azerbaijan in Iran. There are many, many Azerbaijanis living in Iran, this is the largest national minority in the country (Ayatollah Ali Khamenei is Azerbaijani). Azerbaijan itself is a secular, for the most part a country over which the threat of Iranian Shiite terror hangs, and from the north - Sunni. In 90, Azerbaijan lost the war to Armenia (which was supported by Russia) for the territory called Nagorno-Karabakh. Today the Russian military is stationed in Armenia. In Georgia, the formally pro-American government was replaced by figures who apparently had close relations with Russia. And here is Azerbaijan, the geographical location of which between Iran and Russia is simply critical. A secular Muslim state bordering on hostile Iran and Russia is a rarity.

From the US point of view, Azerbaijan is of strategic interest because of its energy resources. The Russian strategy is aimed at increasing Europe’s dependence on Russian resources. In theory, this will lead to an increase in Russia's influence and a reduction of risks to its national security. The second phase of this strategy is to limit the choice of Europeans, including Turkey. In other words, Russia does not want Europe to have access to external sources beyond the control of Moscow. In the current situation, with Europe being disorganized, limiting Russia's influence along the entire perimeter of its borders and stabilizing pro-Western states is in the sphere of direct US interests.

Azerbaijan has all the signs of a full-fledged ally of the United States. The strategic position of the country allows to influence events in Iran, to limit the influence of Russia in Europe. By virtue of its geographical location, Azerbaijan needs a weapon for which it is willing to pay. The United States does not sell, and there are two main reasons for this - the powerful Armenian community of the United States and human rights activists who accuse the Azerbaijani government of being undemocratic and corrupt. About the latter, I do not think so. In any case, in a little more than 20 years, the country cannot go all the way from the Soviet Republic to a state with an economy devoid of corruption. Azerbaijan did not become a full-fledged liberal democracy, and could not when surrounded by hostile forces - Iran, Russia and Armenia.

As for criticism of the regime, it is difficult to imagine that any other authorities would be more liberal or transparent. If an opposition sponsored by Iran comes to power, we will get another Iran. If pro-Russian opposition comes, everything will be like Russia. The position that Americans should not advance their strategic interests in a situation where the current regime is morally superior to the opposition supported by Russia or Iran is a perversion. Azerbaijan is important for the United States not because of its moral character, but because it is a wedge between Russia and Iran. Any regime that replaces the existing regime in Azerbaijan can be much worse in moral terms, as well as hostile to the United States. "

Ctrl Enter
Noticed oshЫbku Highlight text and press. Ctrl + Enter
We are
Stratfor: Limiting Russia's influence along the entire perimeter of its borders is within the sphere of direct US interests.Iranian geography
34 comments
Information
Dear reader, to leave comments on the publication, you must to register.