Why no “no-fly zone” will be established over Syria 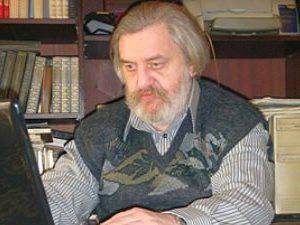 
- It seems that the main Arab opponents of Assad, representing the self-righteous monarchies of the Persian Gulf, are deeply shocked by the swift attack of the Syrian government forces against the background of the frankly sluggish position of the US Department of State. Back in the spring, everyone in the Middle East was sure that the West was sending unequivocal signals about the opening of a “second front” in Syria, excuse me, of a “no-fly zone”, which, however, is one and the same. Now the West does not want a repetition of the Libyan scenario in Syria and the richest Sunni "kings of oil sands" have to look for confirmation of their hopes from transcendental sources. And already the Kuwaiti newspaper as-Seyassah, referring to a certain “great spiritual authority”, writes: “Very soon Obama will begin to supply modern weapons the Syrian opposition, along the Turkish border, will establish a no-fly zone - as the first step of the United States entering the war against Assad. ” Sorry, but the “great Authority” is clearly mistaken, although Washington knows that if Assad wins the “battle of all battles” for Allepo, then Damascus will approach the Geneva-2 conference with a full set of political trumps.

However, the fact is that the war in Syria has become the field of another exciting game - grinding the “political Islam” with the titanic efforts of the Sunnis and Shiites themselves. The Arab newspaper Al-Quds Al-Arabi claims that it was the American special services that lured two of their worst enemies, Al Qaeda and Hezbollah, into the Syrian trap so that they could fight each other in a mortal fight. Arab journalists, for the sake of importance, cite such a serious source of information as ... German intelligence. But this is not important, because even without the German BND, many experts came up with this “bright idea” - opening borders for jihadists at an early stage of the Syrian conflict by countries such as Turkey, Jordan and Lebanon, was pushed through by a “third force”. Only the many-sided American intelligence community can claim its role.

The goal is to attract the maximum number of Salafis to a geographically limited zone. It is behind them that the main beneficiaries of the “Arab spring”, Qatar and Saudi Arabia, are ready to export the ideology of “political Islam” to the whole Greater Middle East with all the resources. Now the richest Gulf states are “roofing” radical terrorist organizations that were previously controlled by the West by hand. Well, where, then, further, Jabhat al-Nusra, which is fighting in Syria - the creation of Prince Bandar, the head of the Directorate General of Intelligence of the Saudi kingdom - swears allegiance to Al-Qaeda. Here is another proof that a new unpredictable, passionate, unstructured force has arisen in the East, threatening all the good old political players with trouble: the USA, Israel, Russia, Iran, in the distant future - India, China, Central Asian countries, etc. Therefore, the “inevitable war” with Iran is postponed in the longest box, and in relations with Russia a new era of cooperation is opening up in the “fight against the terrorist threat”.

The Boston attack with the case of the Tsarnaev brothers arrived in a very opportune time. Of course, it was an explosion that changed the outlook of the Americans, who saw the Caucasian Salafis as knights of the anti-Kremlin revolution without fear and reproach. Now even such a “hawk” as Congressman Dana Rohrabacher - a clever “hawk”, who was his main speech writer on the Reagan team - calls for the closest cooperation between the special services of the United States and Russia. And do not remember the capture in Moscow of the unlucky "diplomat" from the CIA, Ryan Fogl. It is empty. This is not even winning a pawn in the geopolitical “Big Game” between Russia and the West, which never leaves the middle game-positional maneuvering stage. And, behold, the fact that the West finally surrendered Saakashvili with his idea of ​​turning Georgia into an anti-Russian Caucasian center is already a victim of a whole figure to Moscow.

So, in Syria, we have the “native” version of the war, if we consider that to be the uncompromising Sunni-Shiite confrontation. He has a lot of large areas to continue - Lebanon, Iraq, Bahrain. There are arenas and smaller. They will probably also play a bloody confessional drama, because the countries of "political Islam" have no place in the ranks of the old geopolitical players. But just do not think that Assad will come out of this war as an absolute triumph. When the agony of all these “Jabhat al-Nusra”, “Liva al-Tawhid”, Al-Farouq and other brigades is over, the West will obviously provide real serious help to the “pro-democracy” anti-Assad forces, which will have to go to guerrilla war. But it will be later. And now the Sunni-Shiite round is at stake, in which both sides will lose heavily. As they say, RealPolitik and nothing personal.

Ctrl Enter
Noticed oshЫbku Highlight text and press. Ctrl + Enter
We are
Kurdish question in modern SyriaWho will be the next victim of destabilization in the Middle East?
Military Reviewin Yandex News
Military Reviewin Google News
65 comments
Information
Dear reader, to leave comments on the publication, you must to register.