11 2013 June
31
In order to reach a positive net profit in a year, the GSS is going to drastically reduce its costs, increase the production of aircraft and modify the export sales system. 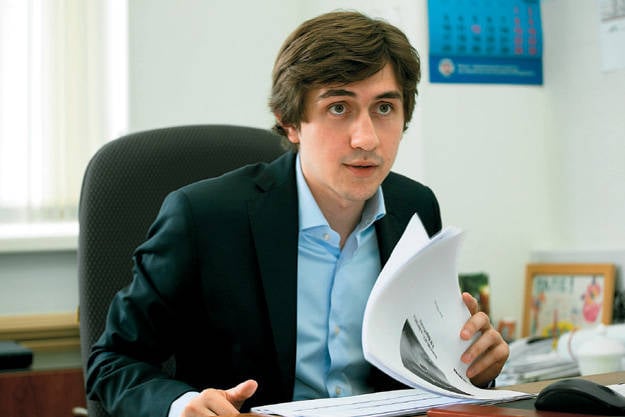 The Sukhoi Civil Aircraft (GSS) company began to implement a comprehensive plan of measures to reduce production costs and increase productivity. After three years, overhead costs should be reduced by more than a third. But this is not the end. GSS already carries out the repracing of the systems and components of the aircraft, which will reduce their purchase price annually by 5% for three years. All this is necessary in order to improve the financial condition of the company. Last year, Sukhoi, despite the growth in revenue, recorded a loss of 4,5 billion rubles. On how to remedy this situation, why the company needs state support and what new projects it intends to launch, the senior vice president for economics and finance of the GSS, Artem Poghosyan, told Expert.

- At this stage, we are actively increasing production rates: if in the year 2011 produced 5 aircraft, then in 2012-m - already 14. That is, an increase of three times. And this is quite a good indicator, considering that we started quite recently. As for the loss, it is primarily due to the fact that we have provided very serious discounts for SSJ 100 start-up customers (up to 40% of the catalog price - “Expert”). But this is fully consistent with international practice. In order to enter the market with a new product, we are simply obliged to create the best competitive conditions for our customers.

- And when will you start making a profit?

- We plan to reach operating profit next year, and in another year we will achieve positive net profit figures. But, in order to achieve our goals, we need to drastically increase the production rate to 60 aircraft per year and at the same time significantly reduce costs. We are now implementing a comprehensive action plan, which is aimed at both increasing labor productivity and improving the financial and economic condition of the company. This plan provides for the optimization of the cost of the aircraft, including at the expense of the GSS domestic resources. We have already optimized a number of technological processes in the final assembly shop, introduced a plan for improving quality. We also have a program to reduce overhead costs by an average of a year by 11,5 percent. In addition, in the next few years we intend to annually reduce the cost of purchased components by 5 percent and increase the utilization rate of materials.

- What changes do you want to make to the financing structure?

- It is known that the SSJ program was financed both from the federal budget and from the share capital of the GSS itself, as well as loans and credits. We believe that it should be financed on commercially competitive terms, taking into account the use of including market mechanisms.

“We often hear that the SSJ 100 program is being funded on preferential terms ...”

- This is not true. The effective average rate on our loan portfolio is on the order of 7 percent. This is incomparable with the rates at which companies that implement similar high-tech projects abroad are credited. They have it LIBOR plus 3,5 percent. That is a total of about 4 percent.

- At the end of last year, the GSS debt amounted to 62,8 billion rubles. How will you solve this problem?

- Work is being carried out in several areas at once. Firstly, it is the recapitalization of the GSS. Secondly, the use of funds within the framework of the Federal Target Program “Development of Civil aviation technology ”to improve the base aircraft. And finally, thirdly, it is the optimization of financing conditions in order to reduce lending rates.

- Now the GSS launches two new versions of its aircraft - the SSJ 100 LR with an increased flight range and the Sukhoi Business Jet. How much will this require additional investment?

- As part of the program to improve our product, including the creation of the SSJ version of the 100 LR, we have planned investments up to 2015 in the amount of 5,5 billion rubles. As for the program Sukhoi Business Jet, then it is planned to spend about 1,5 billion rubles on it. This program is funded by the GSS company and its shareholders. But we understand that in the long run, competitiveness in the market can only be ensured if we expand the model range, release new versions.

- Do you intend to expand the line of aircraft SSJ 100?

- Next year, it is planned to supply the aircraft based on the Long Range version in a new configuration on the 103 passenger seats, where slim-seats will be installed. In this case, the design of the aircraft will not change. And in the future we are considering the possibility of creating a liner with a capacity of up to 130 passengers. This is what the market requires of us: in 2017 – 2018, the new families of regional planes will be offered by our competitors, and we just need to introduce a new competitive product by this time. 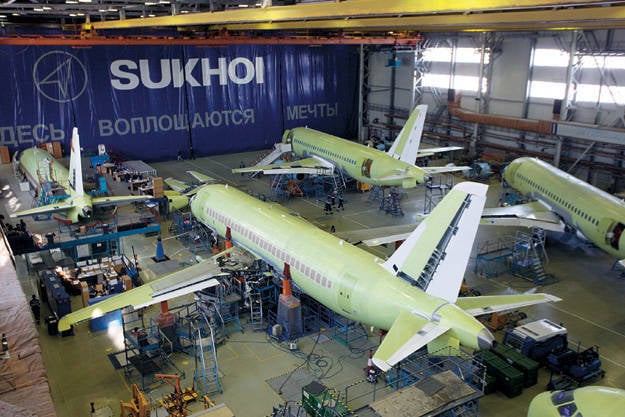 - What factor will be decisive in this competitive struggle: price, cost of operation or something else? How competitive is SSJ 100 at all now?

- Of course, SSJ 100 is a competitive product in comparison with Western counterparts. Our aircraft on the 5 – 7 percent more effective than competing models. The comfort level for passengers on the SSJ 100 is significantly higher than that of competitors. It is more in line with the comfort of short-haul aircraft, which creates additional competitive advantages. But at the same time, the cost of the provided financial package is very important, which predetermines the economic efficiency of the aircraft operation. Today, the basic scheme of acquiring aircraft is leasing. We conducted a detailed analysis of leasing transactions in the market, which showed that due to the high cost of funding in Russia, which is of the order of 8 percent versus 3 percent abroad, and also because of the length of money - 10 years we have against 20 and more years In the West, this amount of leasing rates is uncompetitive. Foreign competitors have the opportunity to offer significantly more attractive financial terms for acquiring aircraft, even despite the higher cost of their aircraft compared to SSJ 100. Therefore, we are now making every effort to improve our offer in terms of sales financing.

- What government support is used to promote SSJ 100?

- To support domestic sales, a number of government decrees were issued that allow leasing companies to receive subsidies within the framework of attracted financing, which ultimately provides them with a competitive leasing rate. As for promotion in the foreign market, the mechanism there is somewhat different - the state compensates the financial institution for the difference between the market interest rate and the preferential lending company, at the expense of the property contribution. So, in particular, were financed transactions in the countries of Southeast Asia. Today, at the level of the Ministry of Industry and Trade, the Ministry of Economic Development, the Ministry of Finance and the KLA, work is actively under way to create effective sales support mechanisms to meet the requirements of the WTO.

- How much money has the state allocated to support SSJ 100 sales?

- How to improve the system of financing sales of SSJ 100, including export, in order to increase sales?

- A very important point is associated with the guarantee of the residual value of the aircraft. Now in Russia there is no established secondary market for aircraft, and therefore it is very difficult to predict their residual value in five or ten years. Because of this, the buyers of our aircraft are loosing this risk on the GSS, which in fact contradicts the established world practice. We are working to change this situation, in particular, there are already proposals for a mechanism for equalizing the competitive conditions of our product in terms of residual value guarantees. As for the export of our aircraft, then export credit agencies that will lend to foreign trade operations and provide guarantees to banks can be an effective sales support tool. In the near future, the GSS and SuperJet International will begin supplying the aircraft of the Mexican airline Interjet. For this transaction, we involve the French agency COFACE, the Italian SACI, and from the Russian side at the first stage VEB, and later - EXIAR (the Russian export credit agency. - Expert). That is, agencies from those countries that are involved in industrial cooperation on the SSJ 100 project and are our partners. Relevant documents signed in 2011 year. It is planned that they will jointly share the risks of the SSJ 100 project and will issue a guarantee for financing the sale, which will allow access to cheap long-term money from the world's largest banks. This will be one of the first such deals in the Russian export supply practice.

Ctrl Enter
Noticed a mistake Highlight text and press. Ctrl + Enter
We are
Way out of chaosList of destroyed the largest and most high-tech enterprises
31 comment
Information
Dear reader, to leave comments on the publication, you must to register.