6 2013 June
44
The battle on the 12 frontier outpost "Sari Gory" of the Moscow frontier detachment of the Group of the Border Troops of the Russian Federation on the territory of the Republic of Tajikistan took place on Tuesday 13 July 1993. During the attempt to break into the territory of the Republic of Tajikistan a large group of Afghan and Tajik militants, Russian border guards restrained enemy advancement for 11 hours, after which, having spent almost all the ammunition, they retreated, losing 25 people killed. Later that day, the outpost was repulsed by Russian troops. As a result of this fight, 6 border guards were awarded the highest award of Russia - the title of Hero of the Russian Federation (four of them posthumously).


After the collapse of the USSR, the grouping of the forces of the former Red Banner Central Asian Border KGB of the USSR continued to remain on the Tajik-Afghan border. In September, 1992, on the basis of this grouping, the Group of the Border Troops of Russia in the Republic of Tajikistan was formed. Russian border guards, who were in Central Asia during these years, had to serve in very difficult conditions against the background of the destabilization of the military-political situation in the region. In addition, in 1992, the real civil war broke out on the territory of Tajikistan. In neighboring Afghanistan, after the overthrow of the Najibullah regime, the situation was no less tense. Since the spring of 1993, the militants of the Tajik opposition, with the support of the Mujahideen from Afghanistan, have tried to break through the border many times, but each time Russian border guards were on their way.

In this regard, the rally against the Russian 12 of the Sari Gore frontier post was originally planned as an act of retaliation by the militants for all previous failures. During the fighting on the site 12-th frontier on the air worked up to 10 radio correspondents. The tactics of the enemy’s actions and the analysis of the incoming data made it possible to establish that the main objective of this armed action was to destroy the 12 border guard station and to capture the bridgehead in the 11 and 12 border stations in order to conduct large-scale offensive operations in the Kulyab area and put into practice plans in the future "The government of the Republic of Tajikistan in exile". The purpose of this operation was to accelerate the withdrawal of Russian troops from the territory of Tajikistan, which in the near future would allow for a coup d'état, overthrowing the legitimate government of the republic. 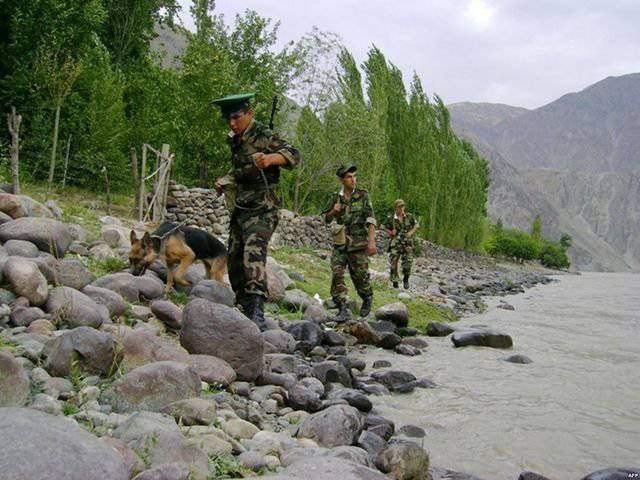 About 12 groups of mojaheds with a total of up to 14-200 people took part in the armed attack on 250. Subsequently, it was found that they were armed with 2 mortars, 4 recoilless guns, 5-6 PC installations, up to 30 RPGs and around 10-12 machine guns. The direct leadership of the attackers was carried out by Corey Hamidullo. As it turned out, among the attackers was a terrorist Khattab, unknown to anyone at that time. At the time of the attack, there were 48 people, including an 2 officer, an 2 supercon = outpost

At 4 in the morning, a border guard squad located on the southeastern outskirts of the outpost of the outpost, found the Mujahideen, who climbed the slopes, after that the outpost personnel were raised by the command “To the gun!”. Realizing that the surprise attack on the border guards did not work, the attackers opened fire on the outpost from all types weapons: recoilless guns, mortars, grenade launchers, as well as small arms. Militants managed to disable the SPG-9 machine-based grenade launcher, as well as destroy the BMP. Several frontier guards were killed and wounded, and the senior lieutenant Mikhail Mayboroda, head of the 12 frontier post, was seriously wounded.

At the same time, the border guards at the outpost continued to resist stubbornly, repelling one enemy attack after another. But the forces of the parties were too unequal. The building of the barracks and other buildings on the territory of the outpost lit up from the strong fire of the militants By morning, the border guards already had serious losses. In battle, machine gunner Sergei Borin was killed. Not one attacker died from the accurate fire of his machine gun. Sergey Borin continued to fight, being wounded several times, only a direct hit by a grenade, which literally tore him apart, made his machine gun silence. 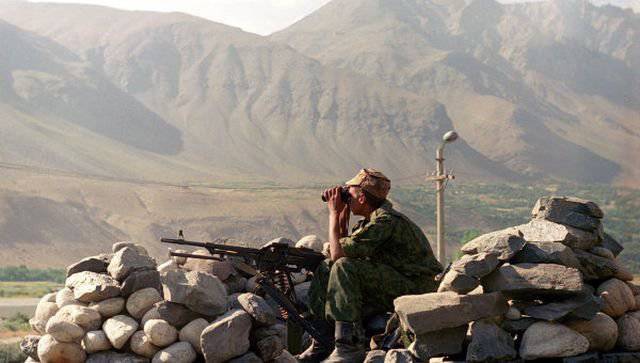 On the other flank of the defense in the same way, being three times wounded, machine gunner Igor Filkin led the battle to the last. After the withdrawal of the militants, several dozen bullet holes were found on the body of the hero, and it was also seriously disfigured by a close tear of a grenade. To the end fought with the bandits and the crew of the wounded BMP. After the car ran out of ammunition, the BMP commander, gunner-operator and driver-mechanic fought off the attackers with grenades. They all died almost simultaneously. The Mujahideen, heavily wicked, still alive, were cut off his head by a wounded sergeant Yelizarov ...

A continuous battle at the outpost lasted more than 11 hours. At this time, the help that came out of the border detachment, due to the mining route and the strong fire of the militants, could not get through to the outpost. As a result, the surviving 18 border guards fought their way out of the encirclement. All of them were injured or were contused. The departure of the border guards covered sergeant Evlanov. He left the battlefield last but could not get to his own. The fragment of a projectile exploded next to him struck his left lung.

But the militants began to celebrate victory early. The reserves that reached the battlefield under the cover of armored vehicles, artillery and air support were able to dislodge the attackers from the territory of Tajikistan. When the territory of the 12 frontier post was cleared of bandits, a terrible picture of the battle unfolded before the border guards. The bodies of its defenders were scattered in the trenches on the slopes of the mountain and in the territory of the outpost itself. Some of them showed signs of torture.

In total, 25 people were killed in this battle from the Russian side: 22 border guard and 3 servicemen of the 201 motorized rifle division. 18 border guards, led by Lieutenant Merzlikin, were able to break through to meet the group that was helping them. Another wounded border guard was found on the territory of the outpost, after the militants left. Another 4 fighter came to the location of the outpost the next day, almost all of them did not have or approached the end of the ammunition. 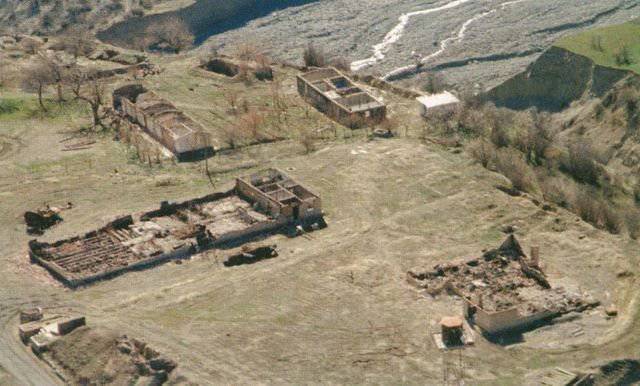 The militants as a result of the attack lost up to 70 people. They managed to take away some of the corpses with them, the bodies of 35 people were found on the territory and near the border post. In addition, the militants left 5 machine guns, 1 machine gun, 2 RPG, 20 rockets and a large amount of ammunition for small arms. The sappers arrived at the site on the territory of the outpost and discovered and neutralized 10 anti-personnel mines.

After the tragedy at the 12 frontier frontier post, the commander of the Border Troops of Russia, Colonel-General Vladimir Shlyakhtin, was sent to resign, and the country's security minister, Viktor Barannikov, was reprimanded for the flaws identified in his work. After that, there were also suggestions that Barannikov’s resignation, which took place on July 18, was also associated with events on the Tajik-Afghan border. As a result of the militant attack, the outpost itself was almost completely destroyed. Subsequently, it was restored, but in another place, several kilometers higher in the mountains closer to the commandant's office, Yol. By order of the Minister of Security of Russia for the number 413 from 1 in November 1993, the 12 frontier post of the Moscow frontier detachment was named “the name of 25 heroes”.

Ctrl Enter
Noticed oshЫbku Highlight text and press. Ctrl + Enter
We are
Feat border guards in AfghanistanThe award system of the Soviet Army
44 comments
Information
Dear reader, to leave comments on the publication, you must to register.