Traces of reform found in Aviaremont 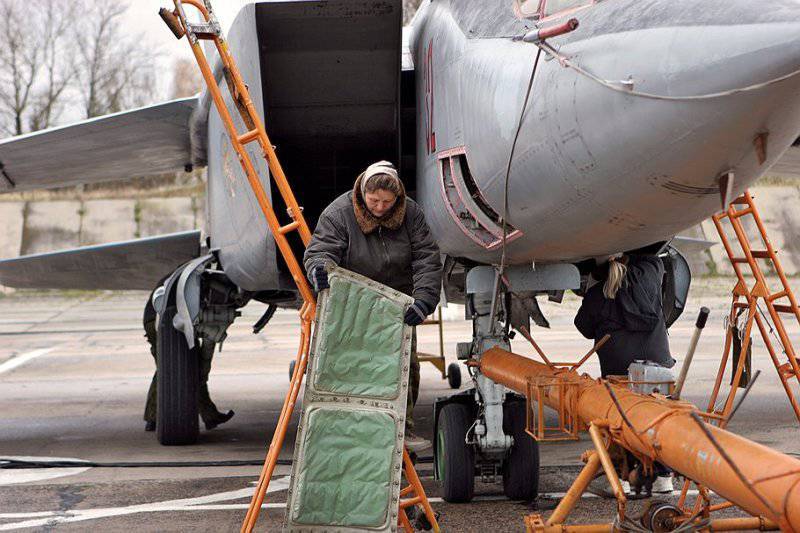 
Yesterday, the collegium of the Federal Defense Order Service (Rosoboronzakaz) discussed the performance of Aviaremont OJSC (a subsidiary of Oboronservis OJSC). It was recognized that the subholding is constantly disrupting the terms of contracts for the repair of aircraft (the work has not been done since 2011 of the year), but continues to regularly receive advance payments. As stated by Kommersant, the head of Rosoboronzakaz, Alexander Potapov, this became possible as a result of the reform of ex-minister Anatoly Serdyukov: Aviaremont departed from the original regulations, according to which the military had previously independently repaired aircraft. The Ministry of Defense recommended to recreate the apparatus of the chief of armaments.

The main report at the board was made by the head of the department of control of the state defense order (GOZ) Yuri Stolyarov, who oversees the department aviation direction. So, according to him, the work on the state defense order of 2011-2012 in the part of servicing airplanes, helicopters and flight support equipment totaling more than 75 billion rubles. The Ministry of Defense did not accept the “Air Repair”. Under the contracts, including from 2011, 11 aircraft and 24 helicopters have not yet been repaired. When discussing financial indicators, it turned out that between 2011 and May 2013, the military provided Aviaremont with 100 percent advance payment of the work planned under the SDO (42 billion, 37 billion and 34 billion rubles, respectively). This was done, according to Mr. Stolyarov, without any justification.

“We need to understand: this is a company engaged in the repair of weapons and military equipment, or a financial institution that earns money from the Ministry of Defense,” Alexander Potapov, head of Rosoboronzakaz, told Kommersant. “What we revealed as part of Avairmont’s inspection is unprecedented. the work was financed by the Ministry of Defense ideally, exactly at the time prescribed by the contract, and the work undertaken by Aviaremont was simply ugly. If it was a Soviet period, all the heads would have flown away customer and by the artist. " In his opinion, the reason for the emergence of such a situation was the results of the reform carried out by ex-Minister Anatoly Serdyukov. "Neither in Soviet times nor in 2000-s such questions arose, because all the military factories were under the direct control of the Ministry of Defense," he said to "Kommersant". "They were led by military personnel who clearly adhered to the regulations and GOSTs determining that how to repair. " With the incorporation of factories and an increase in the number of civilian specialists, he said, these rules no longer worked.

Rosoboronzakaz recommended that the Ministry of Defense reestablish the apparatus of the chief of armament of the armed forces of the Russian Federation, as well as the corresponding structures in the types and types of troops. In fact, according to the Kommersant source in the department, the military was asked to return to the system that was in place until 2011, when the technical tasks for the repair of weapons were subject to mandatory coordination not only with representatives of the air force, but also with the permission of the deputy minister for armaments. According to Kommersant’s information, representatives of the Ministry of Defense who were present at the meeting (their orders are carried out by Aviaremont) left the comments of colleagues without comment, keeping silent even when they were given the floor.

Yesterday, the military was recommended to make a decision on the restructuring of Aviaremont and the transfer of its industrial plants only after the settlement of financial claims between customers, a subholding and co-contractors. Recall that, according to the plans of the Minister of Defense Sergei Shoigu, the transfer of the nine aircraft repair factories of Aviaremont should take place in two stages: the second quarter of the 2013 of the year (the conclusion of the contract and the transfer to the trust management of the United Aircraft Building Corporation) shares of aircraft factories in the authorized capital of the corporation). However, according to Mr. Potapov, it is first necessary to resolve the issue of the full or partial transfer of all enterprises of the subholding. “If not all Aviaremont enterprises are transferred to the United Aircraft Building Corporation, the Russian Helicopters holding company, Oboronprom, then it is necessary to understand what will become of them”.

According to Kommersant’s information, Rosoboronzakaz is checking the subholding for use of counterfeit products during aircraft repair: its results will be sent to the investigating authorities.