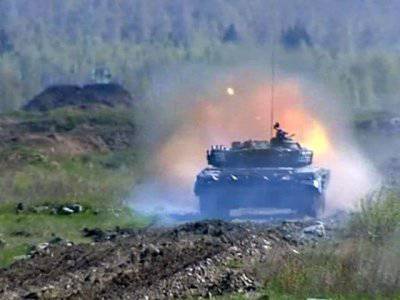 Russian military conduct exercises in several districts. And all the maneuvers - emergency. The paratroopers, pilots and sailors raised the alarm and made unscheduled inspections - both for the personnel and for military equipment.


The Ministry of Defense continues the already tested practice of surprise inspections in the troops. At the "Strug Reds" training ground in the Pskov region, exercises of paratroopers and coastal forces of the Naval fleet led by the commander of the Airborne Forces Vladimir Shamanov.

On alert, units and controls of the air assault regiment were raised. Next - a march on 70 kilometers with the participation of five hundred soldiers and more 60 units of military equipment.

Invited to fees and representatives of the military-industrial complex. The main task was not only to check how well the personnel learned to control the combat vehicles, but also to see how the equipment itself behaves in the field. And in case of any malfunctions, to submit all claims to its manufacturers on the spot.

“Here, on today's main problem - shooting from BMD-2 - we conducted a whole study,” said Vladimir Shamanov, commander of the Russian Airborne Forces. “They did this at the Ryazan Military School of the Airborne Forces — there is a very good department,” and on the basis of the 76 division. a steady good result was shown. "

An alarm was unexpected for aviation. The crews of the Su-24 and Su-25 bombers, MIG-29 fighters and Mi-28N attack helicopters were given the task of destroying the convoy tanks and the military airfield of the alleged enemy in the area of ​​the Pogonovo training ground near Voronezh. Moreover, the exact coordinates of the targets to the pilots were not initially known. They got them on the go in coded radio mode. The targets were attacked not from a combat course, but from a free maneuver.

Such charges - it is also an opportunity to try out the "novelties" that are coming into service today. As, for example, the system aiming SVP-24. It can be used both on airplanes and on rotary-wing machines. In fact, this is a complex that provides navigation, combat use and even flight safety.

“It provides the interaction, the so-called“ interspecific. ”Where the overseer observes the target — that is, the enemy — and records its coordinates using a terrain map. And it is transferred on board the aircraft,” says Alexander Panin, the chief designer of the enterprise developer. “We define the initial conditions dropping a bomb, the direction of the velocity vector, this results in high accuracy. "

In the Chelyabinsk region, a sudden exam was arranged for the commanders of the formations. At the training ground of the tank brigade, the first shooting exercises were completed by the officers. And only after them the rank and file got into combat vehicles. The principle of "do as I am" in the army has not been canceled.

“The commander of the formations must not only train and prepare his subordinates to perform tasks, but he himself must meet the level that the Commander-in-Chief of the Ground Forces now requires,” said Alexander Peryazev, head of combat training of the Eastern Military District.

Such fees will be held in the army annually. And each time attention will be paid to the weakest points. Now, for example, the emphasis was on marching training, since during the last checks it turned out that not all units are able to quickly advance to the destination on command. The commanders will discuss the results of these exercises at round tables. They still have a week to adjust the preparation plan. New - summer - the period of training in the army will begin on the first of June.