And for the landing, and for special forces

23 May 2013
33
Numerous mud-bears have shown that formations using partisan tactics and organization are best able to fight against partisans.


In addition, in itself, the dominance of the restlessness over the classical wars contributed to the "relief" of the Armed Forces, i.e. priority of mobility compared to firepower and security.

This circumstance led to a sharp increase in the popularity of amphibious and special formations in the composition of almost all the least capable armies of the world. 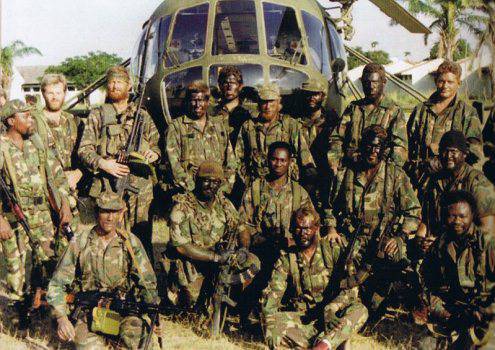 The mercenaries also worked in Angola, but they did not bring peace to her.

Numerous mud-bears have shown that formations using partisan tactics and organization are best able to fight against partisans.

In addition, in itself, the dominance of the restlessness over the classical wars contributed to the "relief" of the Armed Forces, i.e. priority of mobility compared to firepower and security.

This circumstance led to a sharp increase in the popularity of amphibious and special formations in the composition of almost all the least capable armies of the world. Moreover, for some small countries it is easier to create a small elite unit than a large regular army, well trained in all components.

Finally, special forces, due to their compactness, high level of training and the absence of heavy equipment, can conduct secret military operations in peacetime. Moreover, now PMCs, which were discussed in the article “The Triumph of Mercenaries”, can sometimes act as a “roof” for special forces. 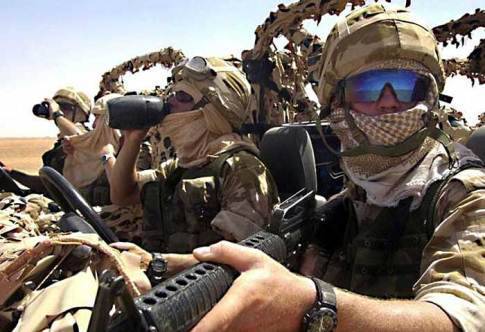 Amphibious troops (sea and air) have a slightly lower level of combat training than special forces, they are practically not used for secret operations. However, they are very well suited for the increasingly popular limited expeditionary operations and all the same oatmeal.

They can fight against partisan formations in their style, while using the support of aviation and artillery, which provides them with a noticeable advantage. Therefore, the share of such troops is growing rapidly almost everywhere. Moreover, of course, in different countries the ratio between the various components of such forces is very different.

So, in Israel there is one of the best special forces in the world with very small airborne forces and the complete absence of marines. Austria also has very strong special forces, although there are no troop units at all.

In the Philippines and in a number of Latin American countries (for example, in Brazil or Mexico), the marines are almost as good as ground forces (often not provided with landing craft). 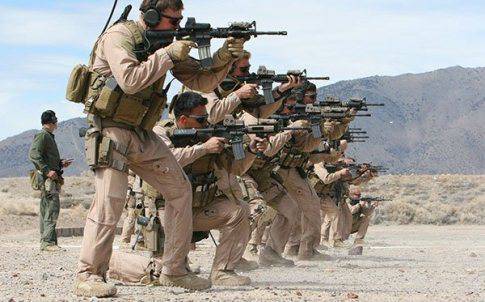 Command of Special Forces of the United States Marine Corps

In the United States, the PRC and the Russian Federation, there are huge "landing armies" (in the USA and the PRC, the Marines dominate, in Russia - the Airborne Forces) and very strong special forces in all components of the armed forces.

For example, in the United States there are airborne and airborne assault divisions in the ground forces, 4 divisions of the marine corps (including one reserve) in the Navy and the Special Operations Command, which unites special forces of all types of armed forces (ground forces, air forces, navy, marines) .

The number of personnel only CSR reaches almost 50 thous. (including reservists and civilian personnel). There are 99 C-130 aircraft of various modifications (EC-130, MC-130, AC-130) and a significant number of special craft. 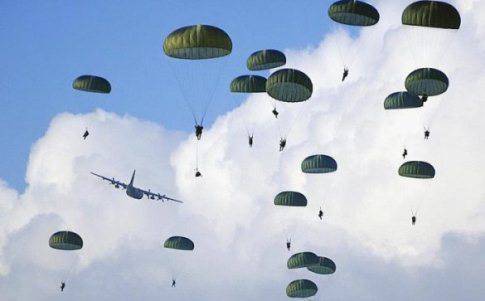 True, units of the Airborne Forces formed the basis of the grouping of the Armed Forces of the Russian Federation during the classical war against Georgia in August 2008, demonstrating complete superiority over the Georgian army. In general, it was these troops that turned out to be the best tool for conducting tough contact wars. 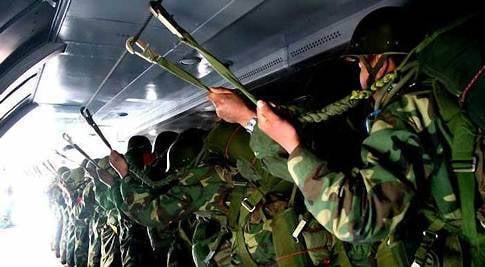 In China, the airborne troops are included in the Air Force. Today they consist of a single 15 airborne corps. It is deployed in the territory of the Beijing Military District and includes three airborne divisions (43-I, 44-I, 45-I). The division consists of four regiments (three paratroopers and one artillery).

The total number of Airborne Troops is from 24 to 30 thousand. Each Airborne Troops soldier, from the corps commander to the specialists of the support and rear units, is obliged to parachute from several types of aircraft to different terrain.

The weak side of the Airborne Forces is a small number of airborne transport aircraft and helicopters, which significantly limits the operational capabilities of the troops.

This situation is intended to change the adoption of the Russian IL-76 and, most importantly, its own Y-20 (this is the first heavy transport aircraft created in China). The marine corps of the PLA Navy today has a population of approximately 10 thousand people. It includes two brigades, both subordinate to the South the fleet. Marines serve as the garrison of the Paracel Islands, which China captured from Vietnam in the early 70s.

At the same time, the ground forces have their own marines, much more powerful than the Navy. Two amphibious mechanized divisions are deployed in the Nanking Military District, the only amphibious tank brigade and the only commando brigade of special forces. The total number of these compounds is 25 thousand people.

In view of the Marine Corps, China has the second-largest contingent of marines in the world after the United States. There is very little information about Chinese special forces, only that it is developing extremely actively. The number of personnel of the special forces with the three largest armies adequately compete with the DPRK - about 90 thousand people.

There is such a unique type of connections, as a brigade of snipers, of which there are 10. There are also 3 airborne brigades and 9 brigades "just special forces". The opposing DPRK Republic of Korea has "only" 7 airborne brigades, which, however, are complemented by two divisions and one marine brigade. 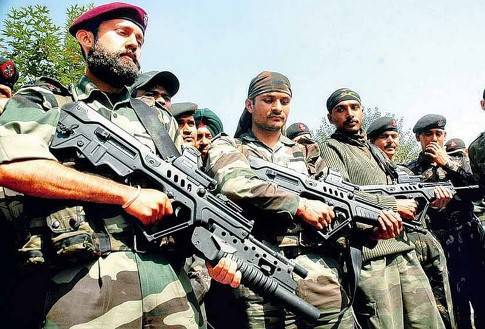 The special forces of India and Pakistan are smaller in size than in the five countries described, but well prepared.

In particular, they have to conduct real combat operations among themselves on the heaviest in the climatic plan of the world in the world - the Siachen Glacier, at an altitude of more than 6 thousand meters above sea level.

Strange as it may seem, there are almost no “usual” landing forces, neither sea nor air. 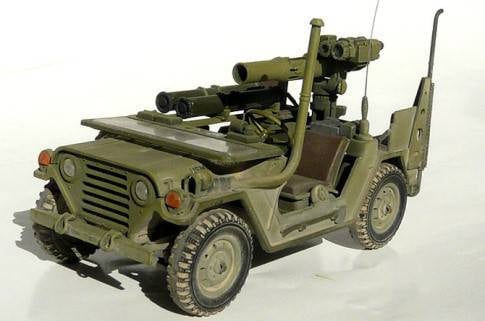 Israel, as mentioned above, doesn’t have them either, but there are various special units with the highest level of training (just recall the operation in Entebbe).

They are constantly fighting in peacetime, and all over the world, destroying the leaders of various Islamic groups. During the war, special forces can act as "superpowers."

Thus, during the war in Lebanon in the summer of 1982, the Syrians suffered most of the tank losses not from Israeli tanks and aircraft, but from the actions of the Israeli special forces in jeeps with the TOW anti-tank missile system. 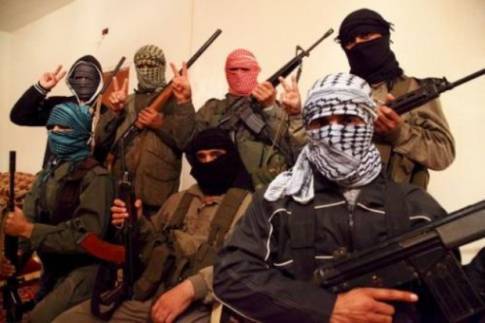 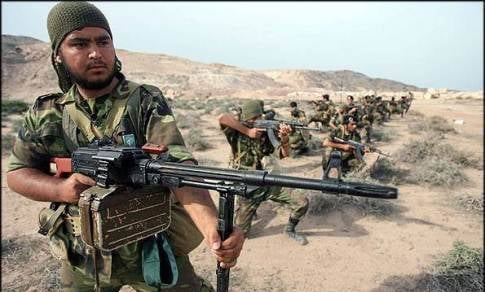 In other Arab countries, as a rule, such troops include no more than 1 brigades. However, they have a much higher level of training than all the other components of the armed forces of these countries. 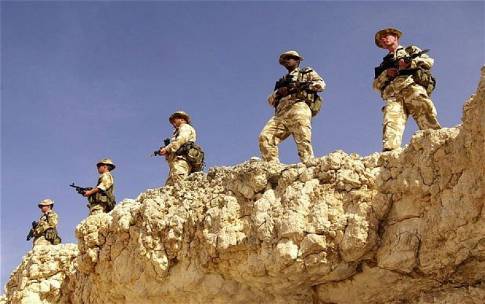 Special Forces of Qatar is ready to reflect all contradictions

The most striking example is Qatar Special Forces, which, formally, includes the 1 company. However, it was he who made the decisive contribution to the fall of Tripoli in August 2011.

However, according to some sources, Qatari special forces - this is, in fact, PMCs, which are mercenaries from Western countries. 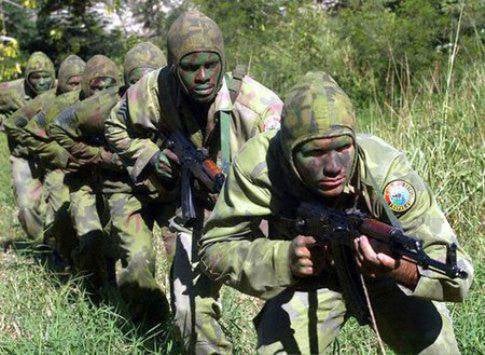 As for Tropical Africa, more or less decent special forces from the time of the war have only South Africa and Angola. In Latin America, paradoxically, the “airborne special forces bias” in the Armed Forces is, rather, a sign of the archaic, traditional orientation of the armies towards fighting partisans.

The most Europeanized Armed Forces of this part of the world, the Chilean ones, have only 1 special forces brigade. At the same time, the huge number of personnel, while having very little equipment (and, mostly, extremely obsolete), the armed forces of Brazil, Peru, Colombia, and Mexico consist mainly of various divisions and special forces brigades for operations in the jungle and from the marines almost without landing ships.

In Europe, as was stated in the article “Helicopters without alternatives”, an organizational merger of helicopter and amphibious units into unified structures occurs and the share of such units in the Armed Forces grows (not due to the additional formation of such units, but due to the reduction of the rest). The article "Between the ferry and attack aircraft" referred to an increase in the number of landing craft in the European Navy while reducing the number of combat ships. 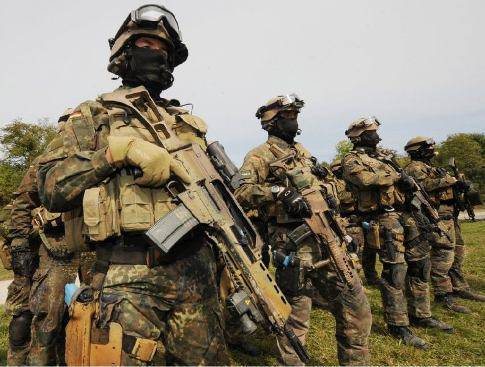 Germany has the largest special forces in Europe: the 1 airborne division and the 1 special operations division. They include a total of 1 air-mechanized and 2 airborne brigades, as well as 3 helicopter regiments.

Behind her comes Turkey with 4 special forces brigades and the 1 Marine Regiment. The United Kingdom has a Joint Helicopter Command, which includes all helicopter units and subunits, as well as the 16-I Air Assault Brigade, and the Marine Corps Command, equivalent to two brigades.

It is possible that in the foreseeable future, the Armed Forces of many European, African and Latin American countries will become a kind of synthesis of assault forces, special forces and PMCs. In Asia, these components will also receive considerable attention, but only as one of the elements of the “big” aircraft.

Ctrl Enter
Noticed a mistake Highlight text and press. Ctrl + Enter
We are
Special forces of seven thousand islandsRoyal Malaysian Special Forces
33 comments
Information
Dear reader, to leave comments on the publication, you must to register.