Director of the Central Research Institute "Gidropribor" vs. Economist - Head of 4 of the Main Department of SMEs 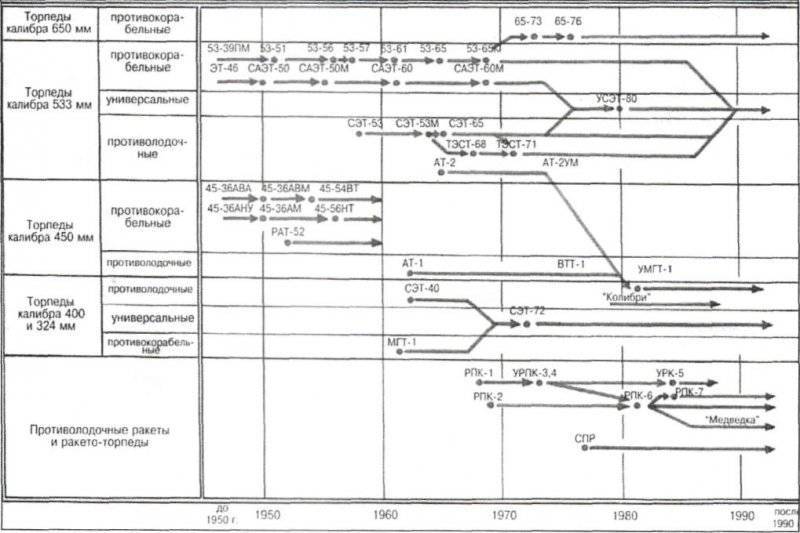 
With a relative drop in voltage, in the evening at dinner, leading a professional conversation about the design, manufacturing, causes, etc. I asked Radiy Vasilievich the question: “Why do you, the director of the head institute, do not take measures to reduce the cost of the torpedoes you are developing, but try, on the contrary, to design torpedoes with the highest possible price. There are all prerequisites for price reduction in the industry, but you are not using these opportunities! ”

Radiy Vasilievich objected. He did not feel the trick.

- We are doing everything according to the plan for the supply and development of new equipment, agreed with the Navy.

- After all, the plan is a plan, and if the plan leads to a depletion of the country's resources, an overestimation of defense expenditures, without a visible jump in the projected torpedoes produced by the performance characteristics How to explain this point of view!

Isakov, without hesitation, replied: “What we are prescribed is what we are doing!”

- But you are a design institute, funds for design, manufacturing are not taken from the air, but all this comes from the Union budget and the state plans what you offer, what you design! After all, there are no other designers, you are monopolists!

Deciding to end the controversy on this very difficult question, I inform the following:
“Here I, as a district military representative, are signing the cost of the 53-65K torpedoes in the amount of 21 000 rubles. And the cost USET-80 - 360 000 rub. One silver battery costs about 70 000 rub. 3 torpedoes heat. But the thermal torpedo with the same performance characteristics (multipurpose) you could design and much cheaper, more profitable for the country! After all, how to look! But it can be qualified as an economic sabotage! Especially since Dulles calls for an economic war! ”
(note: now one USET-80 battery costs 16 million)

Radiy Vasilyevich, after a little thought, continued: “Perhaps you are right! After all, pragmatic Americans do not design electric torpedoes! They have MK-48 for several years now being upgraded under the new TTX, using a modular design! We could also go this way: by upgrading one torpedo, using groundwork and getting a perfect torpedo with minimal cost. And what is the benefit in operation, maintenance, development, etc.?! After all, the enormous savings that could have been used for another purpose, without reducing the defenses of this type weapons».

There was a pause.

“The thing is this: our Head of the Central Board of Levchenko Marat Petrovich is an economist. When I was appointed director of the institute, to consider the prospects for the development of the torpedo industry, I proposed the concept of developing a thermal torpedo at the expense of the electric one. All the arguments boiled down to the advantage of thermal torpedoes. But the head of the cupola was categorically against it, it came to insults and threats to remove me from my position. I gave up. "Weight categories" are not equal too. And the essence was reduced to the simple. Levchenko M.P. He came to Glavka from the Dagdizel plant. A multi-purpose plant, one of the largest in the industry, manufactured electric torpedoes, and in terms of labor intensity, they were smaller in 3-4 than thermal ones, and in terms of price they were one and a half times more expensive. Imagine: An electric torpedo is assembled from purchased units: an engine, a rechargeable battery, control devices, a homing apparatus and a proximity fuse, a combat charging compartment, cables, etc. Shells are made, propellers, fasteners and that's it. And the cost? When they began to move to the NCP (regulatory clean products) machine-building plant them. Kirov in Alma-Ata assumed that at last he would rise economically, since in the production of torpedoes, he had 85% on the complexity of his own work, and the plant that manufactures electrical torpedoes - only 35%. So, if one price of a standard hour were set, then the plant named after him. Kirov would have enormous advantages.

But it was not there. The ministry set a different coefficient on the cost of a standard hour. So for the plant to them. Kirov, whose work is 85%, the coefficient was 1,1, and for plants that have their own work 35% - the coefficient was set to 3,5. Thus, the factories producing electrical torpedoes won from economic reform. In addition, all purchased units that arrived at the assembly from other plants, were already in the torpedo at a cost of 20% higher than the plant purchased them for picking. That is the main reason why it is so difficult to incorporate multi-purpose heat torpedoes into development. Here we did not copy the United States, it was not profitable for the officials, and there was no Soso, there was no one to threaten with a finger: “Do not be fooled, economists! Rationally use the resources of the country! ”

This is how the dispute over the prospects of torpedo weapons between the director of the Central Research Institute "Gidropribor" and the Head of the Main Board - an economist of the industry ended.

Ctrl Enter
Noticed a mistake Highlight text and press. Ctrl + Enter
We are
The embodiment of Russian science. Mikhail Vasilyevich LomonosovUnderground gunsmiths. The best Soviet torpedo appeared in violation of all conceivable rules
24 comments
Information
Dear reader, to leave comments on the publication, you must to register.