The spirit of the Dagestan police is still high


The operational environment is far from ideal. Many today have the impression that she was almost out of control. To consider the situation uncontrollable, as some media present it, is fundamentally wrong, convinced Republican Interior Minister, Major General of Police Abdurashid Magomedov.

"MIC": Abdurashid Magomedovich, do you really keep abreast of events?

- Without a doubt, we are keeping abreast of events, working closely in all directions, including on the fight against extremism and terrorism, which currently pose the greatest threat to the region.

On the territory of Dagestan, 10 gangs with a total number of 150 – 170 active militants are operating, not counting accomplices, mainly relatives and acquaintances of gangsters. In some territorial entities there is a difficult operational situation. First of all, in Buynaksk, Khasavyurt and Karabudakhkent districts.

"MIC": To them, apparently, and focused primarily on your attention?

- Yes. As a result of the systematic work that we are carrying out in close contact with the FSB officers, last year we managed to stabilize the situation in Kizlyar and Sergokalinsky districts, in the city of Izberbash. Serious progress in this direction and Karabudahkent district and Makhachkala. But the gangsters do not sit in one place, so employees quickly monitor the situation, monitor it.

Due to the measures taken over the past year, we have reduced the number of “forest people” and their supporters by about 450. Among them are those detained in the course of search operations, voluntarily surrendered - about 200 people, and liquidated with weapons in the hands, among which are many leaders.

"MIC": There are positive trends?

- People began to leave the forest, voluntarily surrender to the authorities. Only at the end of March four people laid down their arms. The most active process of delivery is where the heads of administration, relatives, and spiritual leaders work closely with law enforcement officers. For the gangster underground, such examples are very painful, if not deadly. They would prefer to lose ten accomplices killed than at least one who surrendered to the authorities. Unfortunately, this trend has not yet become dominant, but it is very promising.

"MIC": How effective is the fight against the bandit underground, because it has not been going on for the first year?

- The ranks of gangs are replenished, which means that there is a breeding ground for recruitment. One of the main reasons for the outflow to the forests is religious ignorance of the population. People, especially young people, are greatly influenced by those who have received spiritual education abroad. Foreign countries generally have a strange effect on many. We have repeatedly faced a situation where quite law-abiding citizens loyal to the state, who went abroad to study at Islamic universities, return home completely different, with a system of values ​​and attitudes alien to Dagestan. Among those who take up arms, a significant number of graduates of religious educational institutions of Egypt, Syria, Pakistan. In particular, the leader of the Dagestan bandit underground Vagabov, liquidated in 2010, graduated from an Islamic university in Pakistan. And with such "learned theologians" with machine guns, we are constantly faced. 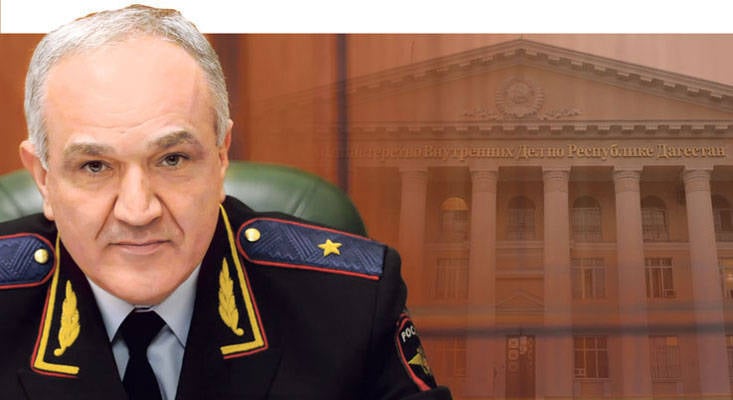 I want to pay attention to that. The young people who went into the woods did not live in the wilderness before. As a rule, they were brought up in completely normal families, in full view of parents, teachers, friends, and girlfriends. The environment could not fail to notice the changes in attitudes, behavior, and the appearance of loved ones, but no one considered it necessary to take at least some measures, promptly contact us, the security authorities or the mufti. Everyone was waiting for something, hoping that this is a minute hobby. Alas, too often the opposite happens. The lack of a principled position of relatives, teachers leads to tragedy. Well, when you manage to pull the confused guys alive, but this does not always happen. For example, some members of the still bandit group in Karabudakhkent district barely turned 18 years.

"MIC": Is there a problem of rejuvenation of terrorism?

- In fact, yes. And the whole society needs to work on it, and not just the Ministry of Internal Affairs and the security agencies. The demonstration of power conducted by us certainly plays its role. However, public opinion is no less important: the influence of relatives, friends, local authorities, teachers, the media, and the spiritual leaders with whom we try to act in close contact. Considering the youth factor, we in one of our divisions created a special department aimed at working among young people in the educational institutions of the republic. This, of course, is not enough, because the guys spend a lot of time outside of schools and universities, they are left to themselves, which the recruiters use. They are very successful in inflicting the brains of boys and girls, again using religious rhetoric, deliberately distorting reality and embellishing their criminal activities. None of us would like to see the children who believed them killed, but this will certainly happen sooner or later, if they don’t come to their senses, they don’t come out of the forest. 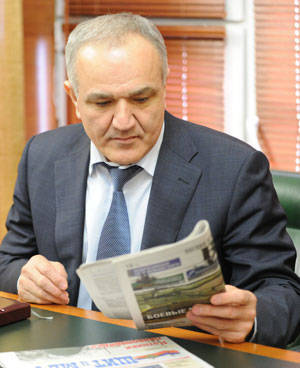 "MIC": How are relationships with religious leaders of Dagestan? How do you evaluate their work, their contribution to stabilizing the situation?

- Sometimes you hear accusations of low activity of our spiritual leaders. But in the Spiritual Administration of the Muslims of Dagestan, imams and muftis occupy a very active life position. Bold and honest people, patriots of their homeland, their people work there. The strength of our spiritual leaders lies in the fact that they never, even in very tense moments, called people to violence. It is precisely because these alims call on believers to live in peace and harmony, to help, support each other, interact with state institutions and structures, and they are killed.

Unfortunately, we have lost many worthy people who enjoyed prestige and exerted a tremendous influence on society: the rector of the Institute of Theology and International Relations, Maksud Sadikov, and the recognized spiritual leader of many Muslims of Dagestan, Said-efendi Chirkei.

"MIC": The Ministry of Internal Affairs of Dagestan has accumulated considerable experience in combating extremism and terrorism. But alone, probably not cope?

- Of course. Substantial assistance is provided by the Ministry of Internal Affairs of Russia. This is primarily the creation of temporary departments with the functions of territorial bodies in the most problematic areas. We have ten of them. Each is assigned a specific federal region. Taking this opportunity, I would like to thank both the Minister of Internal Affairs of the Russian Federation and the heads of territorial divisions for such assistance. Our working conditions are specific, they require special professional skills, but people come to us well prepared for this and work efficiently.

I would also like to note the contribution of the Regional Operational Management Unit (GROU) for Dagestan, the backbone of which consists of internal troops. They take on functions that are unfamiliar to us and do their work very professionally and efficiently. With their active participation, the bandit underground in the Sergokalinsky district was virtually eliminated, and the bandits in Karabudakhkent seriously battered. And such activities are carried out continuously, every day, as information is received, which we do not lack. As I have already mentioned, our colleagues from the FSB of Russia in the Republic of Dagestan are very helpful in this. We also interact with the FPS units that supply us with information about persons convicted of extremist and terrorist activities at various times and now returning to their places of permanent residence.

"MIC": And what is the morale of the Dagestan police? In the press, no, no, yes, and there will be reports of various violations of the law by your subordinates.

- Yes, this happens from time to time. Everyone probably remembers the case when our precinct police officer, while in a drunken state, arranged a shooting at a cafe. Now he is under investigation, his guilt is proven. I want to once again apologize for the actions of my employee and offer condolences to the relatives of the victims. Recently, on our own, we identified two police officers involved in crime. The struggle for the purity of the ranks continues.

At the same time, I will emphasize that the majority of the employees of the Ministry of Internal Affairs of Dagestan are honest and decent people who are ready, if necessary, to sacrifice their health and life for the sake of restoring order in the republic. Last year, we lost 69 to our companions.

The spirit of the Dagestan police is still high, and the number of people willing to serve the people and the law is significantly higher than the offer. This gives us the opportunity to select only the worthy ones, in which we see the guarantee of our success.

I am confident that the task set before us to eradicate terrorism and extremism is feasible. For this, it is necessary to maximally combine the efforts of all the healthy institutions of society, starting with the family, kindergarten, school, mosque. Only by force methods the problem will not be solved.

Ctrl Enter
Noticed a mistake Highlight text and press. Ctrl + Enter
We are
About Stalin and KhrushchevWhat's wrong with you, Dagestan?
8 comments
Ad