Russian television 9 May 2013 of the year disgraced Russia 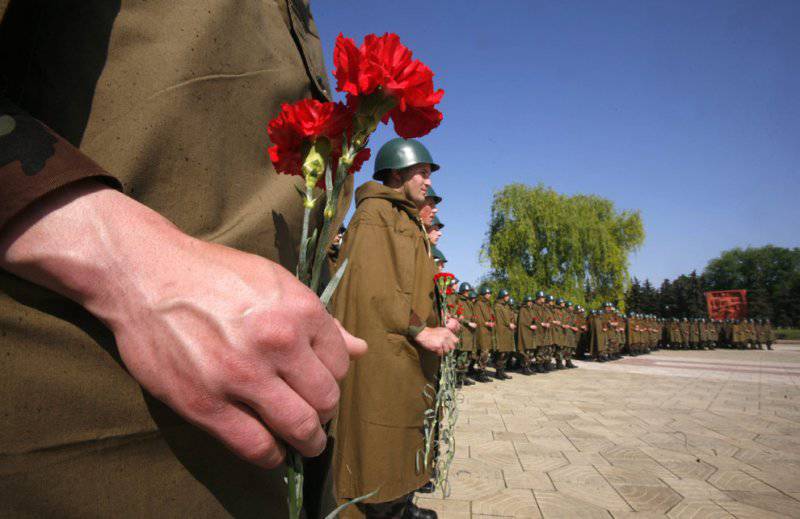 So, 9 May, during a minute of silence, a phrase about the victorious heroes was heard on all the main Russian TV channels:

YOU, WHO'S CLOSE AND FAMILY HAVE PASSED THROUGH THE STALIN CAMPS, YOU HAVE LIBERATED WITH OSVENTSIM, BUCHENVALD AND DAHAU ...

Probably, the authors of this text are very close relatives of the notorious de-Stalinizer Mikhail Fedotov, who for some reason misunderstanding, still holds the post of chairman of the Human Rights Council.

For even the underdeveloped idiot knows that now in Russia there are as many in prisons as they were under Stalin. And in the US even more.

But most importantly, because of this phrase, you can only draw three conclusions:

During the war, each soldier, officer and general someone sat. In total, about 37 million people passed through the Red Army. Therefore, sat the same. But this is a blatant lie.

Fascism was won not by free people and heroes, but by relatives of prisoners, for whom the fear of entering the camp was stronger than the fear of death. But this is a blatant lie.

Only those from whom someone was sitting fought well. But this is a blatant lie.

It turns out that there was no Victory ... But not heroes fought against fascism, but slaves, for whom the fear of entering the Stalinist camps was worse than the fear of death.

I really want this article to be considered an official appeal to the UK and the Prosecutor General's Office.

And with great pleasure I will drink front 100 grams, when someone is removed from work and convicted of the betrayal of the heroes of his people.

Ctrl Enter
Noticed a mistake Highlight text and press. Ctrl + Enter
We are
About Stalin and KhrushchevWhat you didn't want to know about England
412 comments
Information
Dear reader, to leave comments on the publication, you must to register.