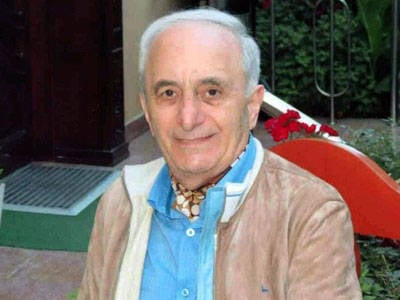 
The latest events that shake the world are the bombardment by the state of Israel of the territory of the Syrian Republic, the use of so-called "rebels" (mercenaries funded by the states of the countries of the Arabian Peninsula where the US military is based). Even the international commission of the United Nations, represented by the unbending prosecutor Carla del Ponte, who brought Yugoslav generals to trial, openly, on the most famous news channel Euronews, declared that the chemical weapon (sarin) was used by the militants, and this has nothing to do with the official government of Syria.

Everyone knows that Euronews repeats the most important information throughout the day every 30 minutes. However, the application of Carla del Ponte was given only twice !? Why? It is clear that there was a command from above, someone did not like the opinion of the prosecutor.

A representative of the US State Department, commenting on the statement of Carla del Ponte, noted that "this information needs to be thoroughly checked and in general, in any case, the authorities in Syria are to blame." The logic, so to speak, is iron: “If you are beaten, it means that you are guilty for bringing upon yourself aggression, and therefore you deserve punishment.”

About who finances, arms and trains militants, it became clear a week ago: the same Euronews reported on 4-5 in May that these countries-sponsors are the countries of the Arabian Peninsula - Saudi Arabia and Qatar. It is strange that this recognition was made simultaneously with the bombing of the territory of Syria by a neighbor, Israel.

Analyzing everything that is happening, one involuntarily comes to the conclusion that Syria itself did not pose a danger to the countries of the Arabian Peninsula, and now even more so. Then, what motivated the actions of their Majesties - the war against Co-religionists, the Syrians? So, there are both motives and reasons ?! But not everyone is supposed to know about it !?

The war, first of all, is beneficial for the Western countries suffering from the crisis, which for many reasons cannot satisfy their financial needs and belligerent ambitions, and therefore they literally put the countries of the Arabian Peninsula on a choice: either you do what the West needs, or your sleep will be finally broken, and you can lose all your wealth, Europeans also want to live in prosperity. It is necessary to share the accumulated.

As before, the Arabs of the Persian Gulf are frightened by Iran, inflating the danger to these countries from the neighboring Islamic Republic of Iran.

If you look at the conflicts from a bird's eye view, it is easy to see that all these dirty conflicts, wars, armed civil confrontation take place in the territories where Muslims live, and even the Holy Mecca does not stop kings from the danger of destruction historical values ​​in Syria, Iraq, Libya, etc.

But even before Islam, the Arabian Peninsula had serious trade contacts with Syria - the famous city - Sham, where the most popular sales markets were located. The city and the country as a whole had exits to the countries of Asia, to China. The Prophet Mohammed led caravans of his future wife Khadija for several years, and Syria then became an important stronghold of Islam in the time of the first two caliphs.

These are the thoughts that prompted me to draw a certain special conclusion: "The Syrians are dying for the quiet life of the kings of oil-bearing Arab countries." To do this, there are all the necessary facts known to the whole world, which, judging by the reaction, already have nothing to do with the Syrians being destroyed by the militants who are arming the neighboring Arab and Muslim countries.

The Western public is no longer what it was before, now it is more interested in its own life, which is already beyond poverty, it already lives, but rather barely survives, like a homeless person.

The so-called West "Islamists", "rebels", "militants", etc. For months, years, even decades, they were preparing for destruction, murder. It is easy to assume that the psychology of such, if one may say, “people”, their consciousness is formed not in a short time, and are formed not by anyone, but by leading psychologists of military departments of Western countries, in particular, members of NATO. And another part of this process, the financial component, is provided by billions of Arab, oil kings and sheikhs because of their fear of losing their wealth. This is a small compensation, if you will, the price of their peace of mind. (It really seems to them that this is the only way to save power). It is simply impossible to change such consciousness and psychology, which were formed and tested practically (in wars, in civil confrontation).

The coming of such “people” to power in any country of the Arab-African world, as we already see, is possible, but it’s almost impossible to reload in a short time and redirect their “brains” to creation. They have no relevant experience, positive abilities. The circumstances of their previous years of life and activity demanded from them not creation for the sake of peace, but murder for the sake of gaining power, so that their patrons lived peacefully and in prosperity.

With the most successful version of the power can get them dilapidated. They will destroy the rest themselves to do away with the previous government and start from scratch! It is an illusion, but it exists.

However, to create something with a poisoned mind and bloody hands is almost a perdition. Moreover, it requires several years of activity, and people and society expect them to quickly improve their lives, improve working conditions, all sorts of benefits, and immediately after the seizure of power.

But under any circumstances this is impossible, because the country, as a result of the negative activities of such “rebels”, is in turmoil and discomfort, collapses, falls into chaos, it lacks a managerial component, there are no capable personnel for growth and development. And they themselves, these "rebels", this is not taught. Having destroyed the system and destroyed the former leaders and their entourage, the new government is left alone with a huge mass of unsolved problems. In addition, after a month or two, the former comrades-in-arms, so to speak, “soldiers of the army of militants,” armed to the teeth, begin to demand their share, want to enjoy what they fought for, killed, and became de facto criminals. As a result, the country is turning into a big prison, filled with murderers and their accomplices walking free.

Foreign “conductors”, having achieved their own way — the overthrow of the legitimate power in the country, the creation of chaos in an uncontrolled territory with a multimillion-dollar population — were not even going to feed the hungry, offended and brutalized gangsters. This was not part of their plans initially, and they did not promise anything to anyone. Helped to get power, and all. Now the “powerful” militants must repay the debt to their “conductors” with money (which they don’t have) or receive loans on unfavorable, destructive conditions for a destroyed country, selling national wealth, remnants of conscience and dignity, if they have them, for nothing.

Now among the former "favorites" of the Western intelligence services are dominated by some scum, traitors and criminals, with whom no state wants to deal. Those who financed the fighters, gave them weapons, turned away from them, considering their mission and duties to the Western masters completed, and do not want and can not help in restoring the destroyed country, its industry, agriculture, financial and defense system, in establishing a peaceful life without power methods, without weapons. And the people themselves do not want to part with such a form of protection - with machine guns, grenade launchers, bazookas, rockets. Therefore, inevitably the beginning of the civil war between former colleagues for a warm place under the sun, for the fatty piece left over from previous times.

But to return the past, which, in comparison with the present, is ten times better, is impossible. The feeling of revenge requires even more blood to quench your thirst. And such “winners” turn into a kind of vampires who need “refueling” and “energetic food”.

Such is the end of all the revolutions of the “Arab spring”, which has turned into a harsh “merciless winter”, and only a small number of people manage to survive it.

Attempts to dispose of the received trophies for the benefit of society, the state is complicated every day, and this leads to the disappointment of the absolute majority of the population, which in fact was indifferent to the ongoing war for power. And for such indifference, loyalty often have to pay with their lives, the welfare of the family, which is doomed to a beggarly existence.

Nobody will look for the guilty. Yes, besides, there are so many of them that it is impossible to single out someone and judge him. In addition, part of the perpetrators of the tragedy of the people remains abroad, and watches how soon people begin to fight among themselves for a piece of bread, at least for some food for the family and children.

This terrible spectacle is to the liking of those who, with all their strength and irresponsibility, are pushing a group of countries of the Arab-African world into a mire of chaos, uncontrollability and uncertainty.

They say that they always betray their loved ones, their own. It turns out that this happens not only in everyday life, so to speak, “in a neighborly way”. It turns out that the rich and the oil kings can betray their fellows more than all their fellows. They cannot be called friends either. They have friendship and fear intertwined and are part of their wealth, their petrodollars.

Ctrl Enter
Noticed oshЫbku Highlight text and press. Ctrl + Enter
We are
Interview of V. Putin to Channel One and the Associated Press AgencyWhat you didn't want to know about England
Military Reviewin Yandex News
Military Reviewin Google News
14 comments
Information
Dear reader, to leave comments on the publication, you must to register.