What are Chechens doing in Afghanistan? 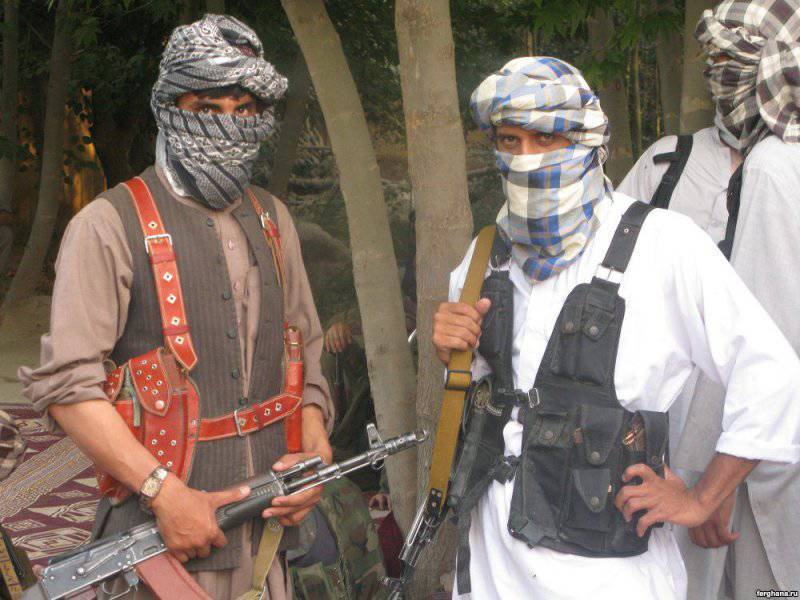 Chechens and Uzbeks in Afghanistan are directly subordinate to the al-Qaida center abroad. Basically, they are professionally trained and heavily armed 30-year-old men. Local afraid of them. This elite Taliban special forces, if necessary, can be transferred to any hot spot in the world.


The fighting in Afghanistan in the immediate vicinity of the Turkmen border caused serious concern among a number of Central Asian politicians and experts. The region began to seriously talk about the beginning of expansion from the South. According to the secretary of the Defense Council of Kyrgyzstan Busurmankul Tabaldiyev, the Central Asian and North Caucasian militants fighting on the side of the Taliban have already begun to concentrate along the Tajik border.

Meanwhile, many experts refer to the prospects of an Afghan invasion of Central Asia with a fair amount of skepticism. “I think that the Taliban never intended to expand into Central Asia. These are more legends of Russian political scientists to justify Russia's presence in the region,” Umed Babakhanov, director of the largest Tajik information and analytical holding Asia Plus, told Rosbalt.

On the whole, the head of the Central Asia Department of the Institute of Ethnology of the Russian Academy of Sciences, Sergei Abashin, shares a similar point of view. “I don’t think that a massive invasion of Afghan militants into Central Asia may occur soon. Now, on the eve of the withdrawal of American troops from Afghanistan, the leadership of some Central Asian countries deliberately speculate on the Taliban threat to get weapon and in general, "attention" to the United States, "said the scientist to Rosbalt.

At the same time, Sergei Abashin does not believe that the problem of "threat from the South" does not exist at all. “Fears that after the withdrawal of NATO troops from Afghanistan, Islamists are stepping up the Central Asian direction, are also not groundless. Another thing is the scale of this“ expansion, ”the ethnologist argues.

“Fights near the Turkmen border have no connection at all with the hypothesis about the expansion of the Taliban to the north. The Taliban are not the first to go to the Turkmen border. But they never tried to go to war with Ashgabat. Why? And under Niyazov and Berdymukhamedov, Ashgabat’s authorities completely fought “It’s more difficult with clusters in Afghan Badakhshan. Of course, there are forces that want to destabilize the former Soviet republics. It is possible that there will be attempts at breakthroughs,” an officer of the Russian Institute for Strategic Studies told Rosbalt, chief editor Actor of the journal "Problems of National Strategy" Azhdar Kurtov.

At the same time, according to the political scientist, the most dangerous for Central Asia are not the Afghan Taliban, but the Central Asian and North Caucasian militants fighting on their side, who will remain without "work" after the withdrawal of American troops.

From this point of view it is difficult to disagree. The Rosbalt correspondent had more than one reason to make sure that almost all the local residents were aware and afraid of the Central Asian militants in the north of Afghanistan. “I met with militants of the Islamic Movement of Uzbekistan and was surprised at how well armed they were compared to the Afghan Taliban. The Uzbeks seemed like real professionals. They were equipped with new machine guns, walkie-talkies. Our Taliban seemed to be just beggars compared to them,” with me an Afghan journalist from the city of Kunduz, Matin Sarfaz.

It is interesting that, according to an Afghan colleague, the average age of IMU fighters is about thirty years. Most of them moved from Central Asia to Afghanistan more than a decade ago, and therefore, new members join this international terrorist organization.

“Chechens and Uzbeks who are fighting today in Afghanistan,” an international organization’s official in Kunduz told Rosbalt, who did not want to be identified, is not at all like those militants who fought against Russian troops in Chechnya or participated in the civil war in Tajikistan. a generation for which the main thing is the idea of ​​jihad. These people are much more radical than their predecessors, they hate Russia with fierce hatred. "

According to the Assistant Head of the National Security Department of Afghanistan in the province of Kunduz, Abdul Karim, the militants from the countries of the former USSR form a separate elite Taliban unit, which is directly subordinate to the foreign center of Al-Qaida. "Al Qaeda wants to use this professionals at the international level. Yes, today they are fighting in Afghanistan, but if necessary they will be transferred to another" hot spot "of the world. Here you can see a clear analogy with foreign volunteers who fought with your troops in the past century", Mr. Karim argues.

It can be assumed that the "transfer" to Central Asia will be carried out on the Kalaihumb segment of the Tajik Pamir. The poorly guarded Pyanj border river in this area is quite narrow and, therefore, convenient for crossings. In addition, during the Tajik civil war, local residents unconditionally supported the Islamic opposition, and in the neighborhood of Kalaikhumb is the famous Karategin Valley, where from 2009 to 2011 a year government troops fought bloody battles with militants invading from Afghanistan, among whom were not only Tajiks, but also natives of the North Caucasus.

At the same time, according to Azhdar Kurtov, most likely the Tajik troops will be able to repel this invasion. “Today, the army of Tajikistan is no longer an army of 90s. Training and equipment are much better. They coped with their rebels in Khorog. And even without outside help. But when they pripechet, they will surely throw their feet in Moscow. And Moscow will help There is no need for the success of these adventures from the territory of Afghanistan - massive support for insurgents from within Tajikistan, or at least massive indifference of the population in the likely victory of the Islamists. According to my information, there is no such thing. erspektivny "- said Ajdar Kurtov.

Ctrl Enter
Noticed oshЫbku Highlight text and press. Ctrl + Enter
We are
Loss of the USA in Afghanistan, or new Yankee games in the regionInterview by President Bashar Al-Assad to the Sunday Times
Military Reviewin Yandex News
Military Reviewin Google News
60 comments
Information
Dear reader, to leave comments on the publication, you must to register.