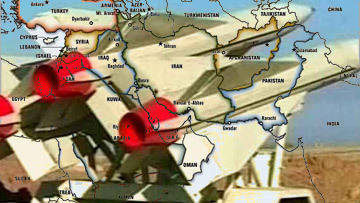 On Wednesday, the UN Security Council, at the insistence of the United States, adopted a resolution allowing Iraq to have a peaceful nuclear program. This resolution, which also lifted a ban on the export to Iraq of certain materials that can be used to develop nuclear weapons and other means of mass destruction, has become one of the US-backed steps to lift restrictions, dating back to the times before the invasion of Iraq and the overthrow of Saddam Hussein. By adopting this decision, the Security Council withdrew from its previous position, which assumed that the restrictions would not be lifted until Baghdad signs an additional protocol to the Treaty on the Non-Proliferation of Nuclear Weapons, which allows for more in-depth international inspections. Such measures, recognizing the right of Iraq to develop a peaceful nuclear program, look especially strange against the background of an insistent campaign that denies having such a right with its eastern neighbor.

We have before us another example of the hypocrisy and inconsistency that are characteristic of nonproliferation policy, especially in its Middle Eastern aspect. What is formally considered to be concerns about a certain type of weapon is in reality concerns about the political position or the rhetoric of regimes that can receive this type of weapon. No one cares that the nuclear powers can start to act rudely with their neighbors and put pressure on them - otherwise we would pay some more attention to the obvious fact that Israel has a large nuclear arsenal. The actions of the Security Council demonstrate that it professes an inconsistent and hypocritical approach not only to the problem of nuclear weapons, but also to the problem of nuclear programs that have no military purpose.

Enhancing the irony of the situation is that one of the most widespread concerns about Iran’s possible development of nuclear weapons is precisely that it could provoke a nuclear arms race in the Middle East and force Arab countries to start acquiring their own bombs. However, in the list of candidates for participation in the arms race with Iran, Iraq, which led with it in the 1980-s bloody war, clearly should occupy one of the first places. Even if you still do not pay attention to the Israeli arsenal, it is foolish to consider Iran as the root of all evils - or potential evils - associated with nuclear proliferation in the Middle East. The security dilemma is by nature bilateral. The actions of neighbors can serve as the cause of the Iranian reaction, as well as the actions of Iran - the reaction of neighbors. (For reference: the Iran-Iraq war was launched by Iraq, not by Iran.) However, we are too much focused on possible threats from Iran, and too rarely take into account that Iran itself also perceives much as a threat.

Iran’s fears over Iraq could dispel Iran’s increasing influence in post-Saddam Iraq. However, this, in turn, would cause concern to us. However, even without this, we have a number of reasons not to rejoice too much at the possibility of Iraq acquiring nuclear weapons, even though now such a prospect seems extremely distant. Iraq is a highly unstable country, engulfed in incessant violence. The political order is not properly formed in it, the key issues of the distribution of power are not resolved. Prime Minister Maliki increasingly shows authoritarian habits. In essence, the establishment of an authoritarian regime — if not by Maliki, then by someone else — in this case, is perhaps the main chance to establish order and end violence. Domestic political dynamics in the country are still such that extreme measures are preferable for obtaining and maintaining power. At the same time, all internal conflicts that existed during the Baath dictatorship still persist, and the hostility between Shiites and Sunnis has even worsened and become even hotter. The main reason for this was the intensification of inter-religious contradictions in Iraq itself, although, of course, we should not forget about the notorious Iranian influence.

In the United States, these disturbing Iraqi realities for the most part prefer to keep silent. This is due to the tendency to divide the regions into good and bad, combined with the desire to enlist the post-Saddam Iraq in good. The previous administration was certainly seriously interested in presenting the positive results of its ill-starred war to society. The current administration, in turn, is interested in demonstrating that with it the situation in Iraq will not get out of control, and that the American soldiers will be able to quietly leave the country by the end of 2011. These tendencies are complemented by the habit of Americans to personalize the external threats and give them the image of specific leaders, in this case the late Saddam Hussein. However, the political alignments and strategic calculations that underlay Iraq’s past attempts to develop nuclear weapons, to which the Iraqis continued to demonstrate interest after the overthrow of Saddam, cannot clearly be considered a consequence of the views and ambitions of one person.

All this, of course, does not mean that Iraq will indeed develop nuclear weapons. Moreover, I do not even think that the decision taken this week by the Security Council is sure to be a mistake. The point is only to look at a different angle at the universal obsession with the Iranian nuclear program.

We should also recall the predictions made before the war by the American intelligence community, which predicted the main problems that post-Saddam Iraq would have to face. At one time, the Bush administration and Congress ignored these predictions, but for the most part they came true - especially in the part that predicted conflicts and instability in Iraq. The document, in which they were set forth, also stated that Iraq will continue to consider its neighbors a threat and that this will inevitably affect its position on the issue of weapons of mass destruction:

“This view of the threat, combined with the proud perception of Iraq as a regional power, is likely to encourage Iraqis to rebuild their army. If Iraq does not guarantee reliable protection from strategic rivals, sooner or later it will begin to show interest in weapons of mass destruction again. ”