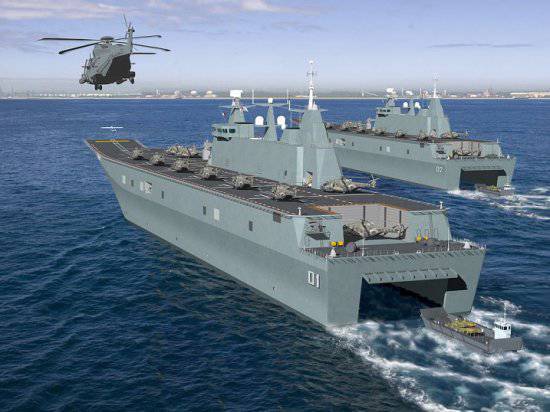 Siberian blizzard was replaced by a warm breeze? If you believe the head of the Russian General Staff, whose words refer to local news agencies, Moscow finally decided to buy the Mistral multipurpose landing craft that France has been trying to push through the Kremlin’s heavy gates for many months. “Now the necessary price parameters are being coordinated, and I think that already this year all the documents will be ready,” Nikolai Makarov noted.

Accustomed to the fact that Moscow throws from one extreme to another in this matter, in Paris did not respond to this statement. The last link in the long chain. So, after the Elysee Palace announced that the contract was almost signed, the Russian side questioned the prospect of buying Mistral and opened an international tender this autumn. Nevertheless, the negotiations, which started in the spring of 2009, still could not circumvent two main obstacles: the issue of technology transfer (the French government initially excluded this clause from the contract) and the distribution of the construction of four ships between French and Russian shipyards.

The first obstacle removed last week, Prime Minister Francois Fillon. During his visit to Moscow, he met with his Russian counterpart, Vladimir Putin, and assured him that if France won the tender, he would agree to the transfer of technology. “There are no problems with technology transfer,” Fillon said, stressing his confidence in the success of the negotiations.

In the case of signing, this agreement may well cause tooth gnashing in some allies of France. However, Georgia, which feels like one of the possible goals of the Russian weapons two years after the end of the war, recently decided to step aside a little. In Tbilisi, they believe that the worst - that is, that the country that was slowing down the advance of the Russian troops in August 2008 of the year agreed to sell warships to Moscow - has already happened.

In the United States, in turn, made it clear to Paris that they consider this deal "inappropriate." This is evidenced by the diplomatic telegram that came to WikiLeaks, in which the conversation between the defense ministers of France and the USA is quoted. According to Robert Gates, Washington’s concerns are related to the “political promise” of such an agreement for Eastern European countries, which “still do not trust Russia and do not know how much they can trust the West.” US Ambassador to Moscow John Beyrle did not disregard this new turn in the development of events. “We cannot veto agreements between two sovereign governments and states,” he said in an interview with Ekho Moskvy radio. Mistral is just the beginning. stories"- considers one of the observers. All this is just the tip of the iceberg. And what will be the next stage? According to some sources, Paris is preparing to supply offensive weapons and air defense systems to Russia ...